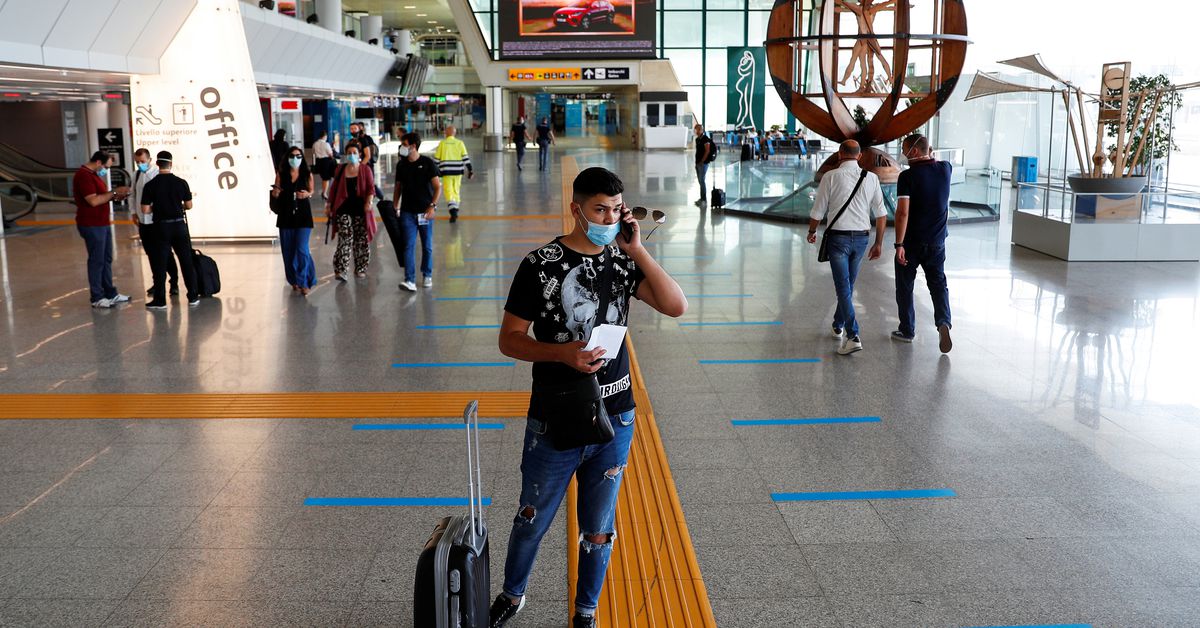 BRUSSELS, Nov 25 (Reuters) – European Union residents will need to have COVID-19 vaccine booster jabs if they want to travel to another country in the bloc next summer free of tests or quarantines, the European Commission proposed on Thursday.

The EU executive also proposed accepting all vaccines approved by the World Health Organization for travel purposes, which would allow non-essential travel to the EU from outside the bloc for people vaccinated with Chinese shots and vaccines made in India.

The Commission wants to harmonise rules across the 27 EU nations to allow free movement, a cornerstone of the European Union, but is facing new restrictions as cases break records in Europe and many EU countries roll out booster doses.

It made its proposals as Europe again became the centre of the COVID-19 pandemic even after successful vaccination campaigns, prompting some countries to consider new curbs on movement as the continent heads into winter.

EU governments, which will need to approve the Commission recommendation, kicked off debate on the topic on Tuesday. Greece proposed on Wednesday that people should in future be able to travel freely if they have received a dose in the past six months.

Accepting that immunity wanes, the executive Commission is proposing that people should be considered covered if the final dose of their primary vaccination was within the last nine months, and that this update should apply from Jan. 10.

Given most EU residents who were vaccinated received their final doses in the second and third quarters of 2021, their coverage would mostly expire by the middle of next year.

“For everyone to travel and live as safely as possible, we need to reach significantly higher vaccination rates – urgently. We also need to reinforce our immunity with booster vaccines,” she said.

The European Centre for Disease Prevention and Control on Wednesday recommended vaccine boosters for all adults, with priority for those over 40.

The Commission did say there were no studies yet expressly addressing the effectiveness of booster shots on transmission of COVID-19, but said it was likely that they provided longer protection than provided by initial shots.

EU coordination on COVID passes, which show if a holder is fully vaccinated or has had a negative test or recovered from an infection, has allowed an easing of curbs on travel.

The passes, typically viewed on mobile devices, are issued by individual countries, but are recognised across the bloc.

Under the new system, only vaccinated or recovered people would be able to enter the EU for non-essential travel regardless of where they travel from. Currently travellers from countries deemed safe can enter with only a negative test, but the list of safe countries would be discontinued.

Separately, the EU commission urged EU governments to allow non-essential travel from outside the bloc for people vaccinated with jabs having completed the WHO emergency use listing process, as well as those vaccinated with EU-approved vaccines.

The EU has so far authorised vaccines produced by Pfizer-BionTech, Moderna, AstraZeneca (when produced in Europe), and Johnson & Johnson.

In addition to these shots, the WHO has approved also the vaccines produced by Chinese makers Sinopharm and Sinovac and by Indian company Bharat Biotech. It has also authorised the AstraZeneca vaccine made in India by the Serum Institute.

Currently, most EU countries do not accept people vaccinated with vaccines that have not been approved in the EU.

As an additional safeguard, the Commission proposed requiring proof of a negative molecular test for all travellers who have been vaccinated with a WHO approved vaccine which is not approved in the EU.

It is unclear whether EU governments will heed this recommendation.