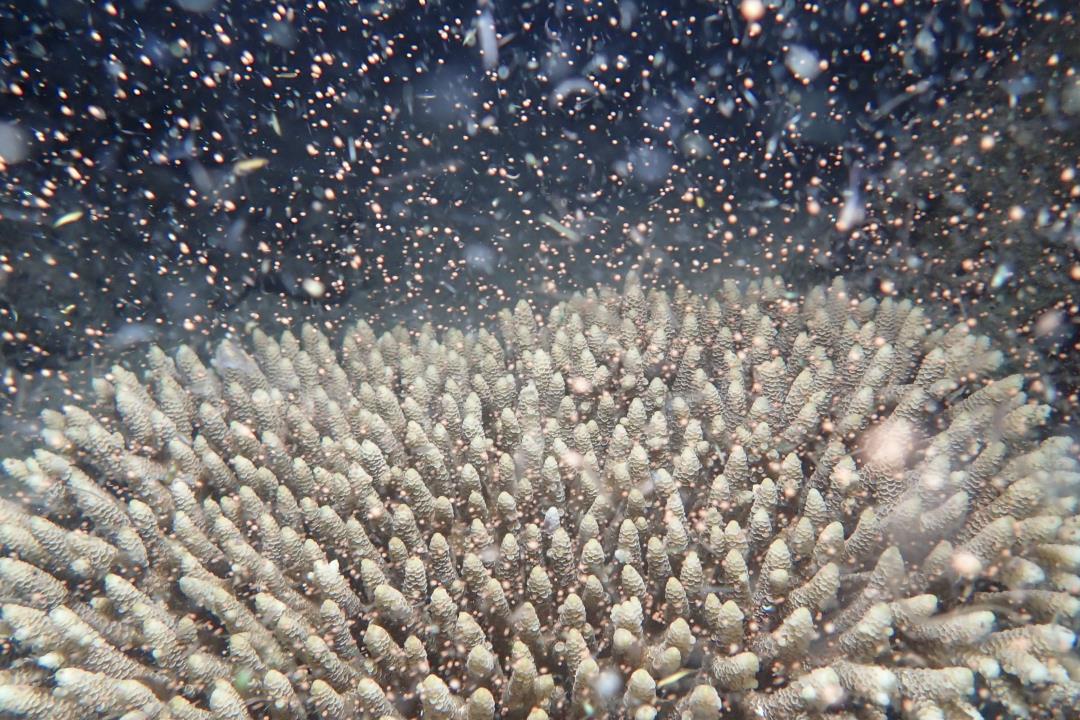 (Newser) – The conditions were perfect for what ABC Australia calls “the world’s biggest sex event.” From one section of the 1,429 mile-long Great Barrier Reef, marine biologist Gareth Phillips described witnessing a “magical” scene “with the water like glass and beautiful light coming from the moon.” And trillions of eggs and sperm spreading every which way. This mass coral spawning event off Cairns, Queensland, happens only once a year, if conditions allow. Phillips says corals will simultaneously reproduce only at night, days after a full moon, if the ocean is calm and remains above 78 degrees Fahrenheit for a month. “I’ve seen the corals all go off at once, but this time there seemed to be different species spawning in waves, one after the other,” he says, per CNN.

The AP describes the release of eggs and sperm in “large plumes of red, yellow and orange.” The explosion of color witnessed Tuesday, and expected to last two to three days, was a relief after coral bleaching episodes caused by warm ocean temperatures in 2016, 2017, and 2020. A study released this month found 98% of the reef has experienced bleaching since 1998, per CNN. “It is gratifying to see the reef give birth … after being in a recovery phase for more than 18 months,” says Phillips, who will visit other portions of the reef over the next few days. It’s “another sign that the reef is recovering.” (Read more Great Barrier Reef stories.)