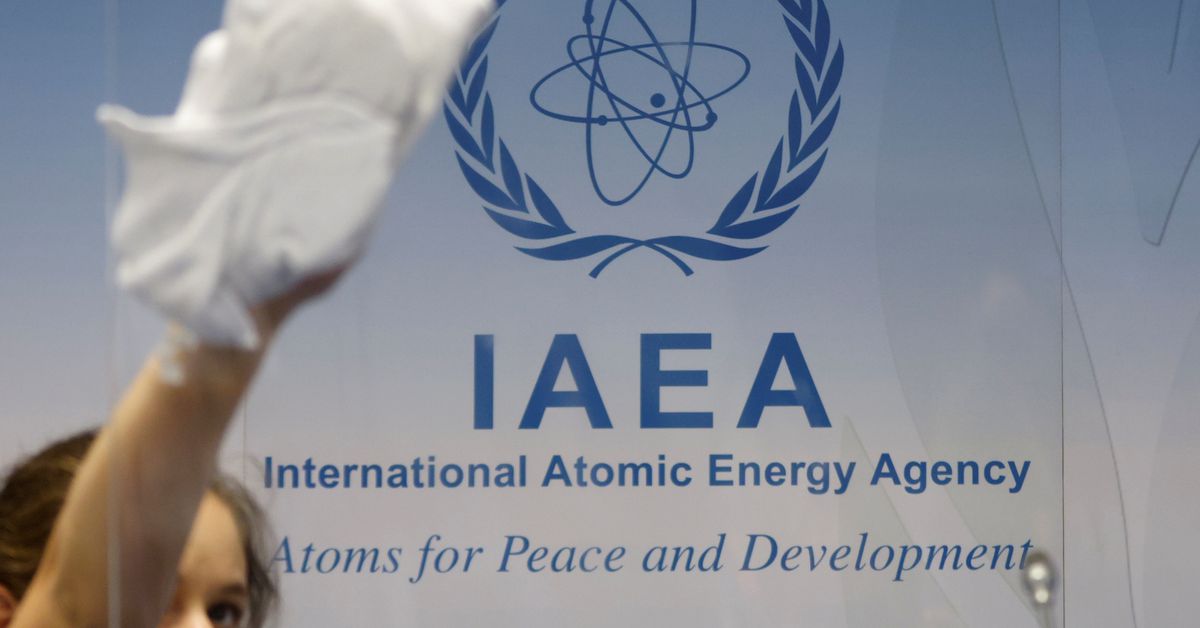 A cleaning staff works before a news conference attended by IAEA Director General Rafael Grossi during an IAEA Board of Governors meeting in Vienna, Austria, September 13, 2021. REUTERS/Leonhard Foeger

VIENNA, Nov 25 (Reuters) – The United States threatened on Thursday to confront Iran at the International Atomic Energy Agency next month if it does not cooperate more with the watchdog – an escalation that could undermine talks on reviving a 2015 big-power deal with Iran.

Tehran is locked in several standoffs with the IAEA, whose 35-nation Board of Governors is holding a quarterly meeting this week.

Then-president Donald Trump pulled Washington out of the 2015 agreement that lifted sanctions in return for restrictions on Iran’s atomic activities. He re-imposed debilitating sanctions, after which Tehran progressively expanded its nuclear work and reduced cooperation with the IAEA.

Iran is denying the IAEA access to re-install surveillance cameras at a workshop at the TESA Karaj complex. The IAEA also wants answers on the origin of uranium particles found at apparently old but undeclared sites, and says Iran keeps subjecting its inspectors to “excessively invasive physical searches”.

“If Iran’s non-cooperation is not immediately remedied … the Board will have no choice but to reconvene in extraordinary session before the end of this year in order to address the crisis,” a U.S. statement to the Board of Governors said.

It said it was referring “especially” to re-installing IAEA cameras at the Karaj workshop, which makes parts for advanced centrifuges that enrich uranium.

That workshop was struck by apparent sabotage in June, which Iran says was an attack by its arch-enemy Israel.

One of four IAEA cameras installed there was destroyed and its footage is missing. Iran removed all the cameras after the incident. Israel has not commented on the incident.

IAEA chief Rafael Grossi said on Wednesday that he did not know if the workshop was operating again, and that time was running out to reach an agreement.

An extraordinary Board meeting would most likely be aimed at passing a resolution against Iran, a diplomatic escalation likely to antagonise Tehran.

That could jeopardise indirect talks between Iran and the United States on reviving the 2015 deal, which are due to resume on Monday.