The high-level coronavirus cabinet on Saturday night approved fresh restrictions to prevent the spread of the COVID-19 Omicron variant, with ministers voting to ban non-citizens from entering the country for two weeks.

The new rules going into effect on Sunday night will see foreign nationals barred from entering Israel for 14 days, unless they receive special permission from a government panel. Israel reopened to foreign tourism in early November, for the first time since the start of the pandemic.

Vaccinated Israelis — who under the existing rules had to take a coronavirus test upon landing and remain in isolation until receiving a negative result — will now be required to enter quarantine for 72 hours and take another COVID test on the third day after they arrive. Unvaccinated travelers must remain in quarantine for at least a week, and can leave isolation upon receiving a negative test result conducted on the seventh day.

Israelis coming from high-risk “red” countries will have to quarantine in designated state-run hotels until they receive a negative virus test result.

The controversial Shin Bet tracking program, which had been utilized in the early stages of the pandemic, also got the green light after the director of the agency reassured ministers it would be used in a limited fashion for a short period, and only on those infected with Omicron, according to the Walla news site.

During the meeting, Prime Minister Naftali Bennett said Israel needs to be cautious and minimize risks amid uncertainty over the new Omicron COVID-19 variant, 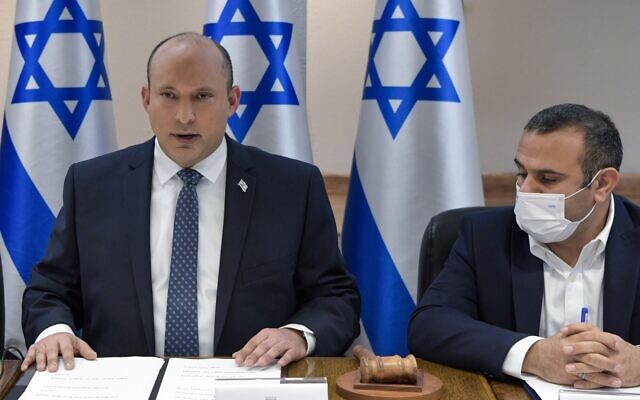 “We’re currently in a period of uncertainty. It’s not a simple or comfortable place to be,” Bennett said.

“The key here is caution and minimal risks until we learn more. We want to maintain Israel’s tremendous achievement during the Delta wave — an open and functioning Israel, with a functioning economy, and an active education system with children going to school. That’s the top priority,” Bennett said.

“To this end we need to maintain tight control over the country’s borders,” said Bennett. “Every day, we will learn more and know more.”

Bennett said he had spoken with the CEOs of Pfizer and Moderna on Saturday night, as well as top officials in the Health Ministry and leading health experts.

He called on Israelis to get vaccinated and get booster shots, even if they have recovered from the virus, and said children should be vaccinated ahead of the Hanukkah holiday, which begins on Sunday night.

“Especially now, before the variant breaks out, this is exactly the time to get vaccinated. This is the opportunity to protect your family, your children and yourself. Whoever has not had a booster is giving up on a vital layer of defense at a critical time,” he said. 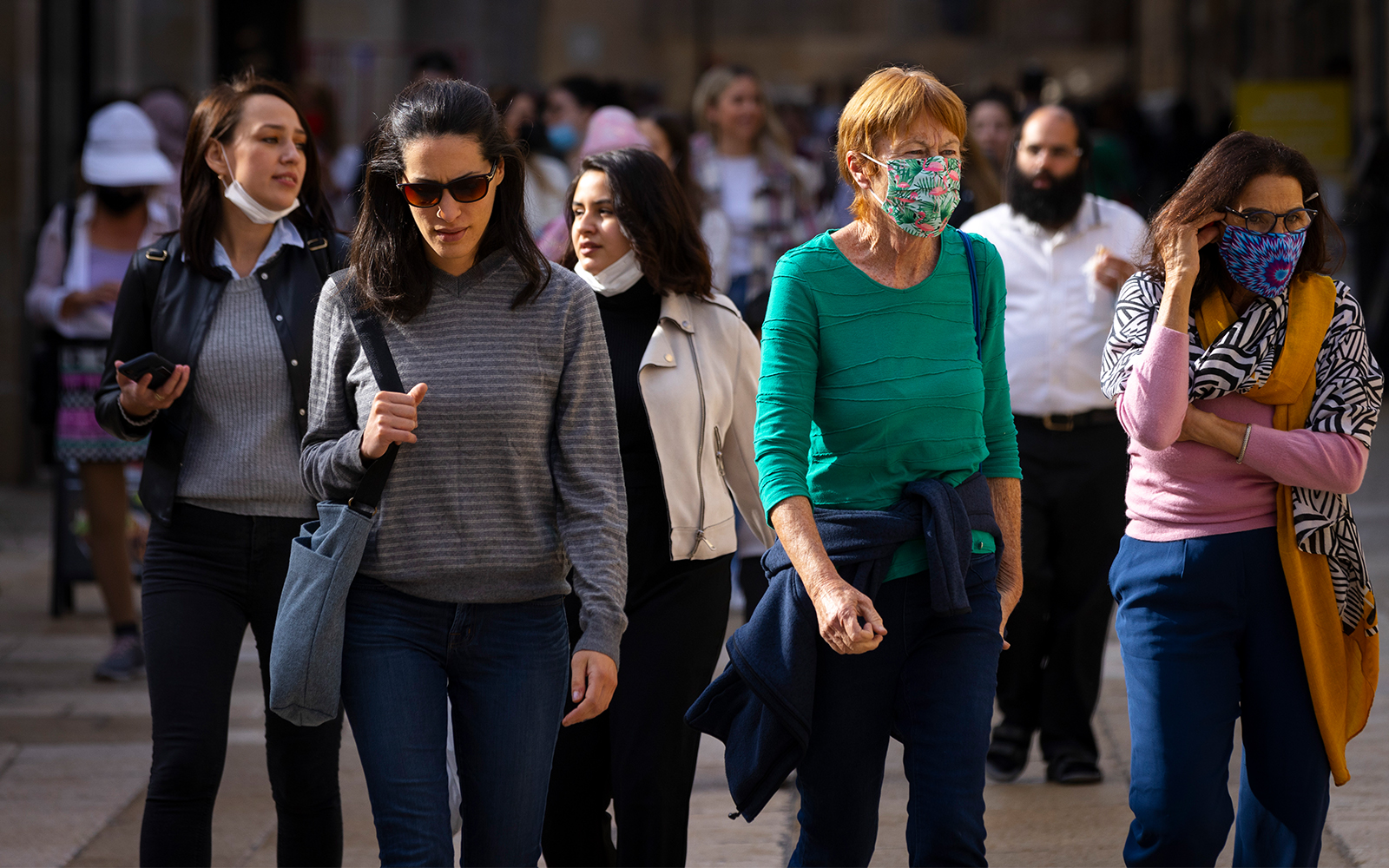 The coronavirus cabinet convened after news of the variant raised red flags worldwide over the weekend and at least one case was confirmed in Israel.

The Health Ministry confirmed one case of the new Omicron COVID-19 variant in Israel on Saturday, and reported seven suspected infections, including three people who have not recently traveled abroad, raising fears of community transmission within Israel.

The confirmed case recently returned from a trip to Malawi, and the other four suspected cases had returned from international trips in recent days.

Three of the suspected cases were vaccinated and four had not been inoculated. All were awaiting virus test results.

The confirmed infection case traveled on a bus before being diagnosed, potentially exposing fellow passengers to the variant. Contact tracers had tracked down half of the passengers by Saturday evening. 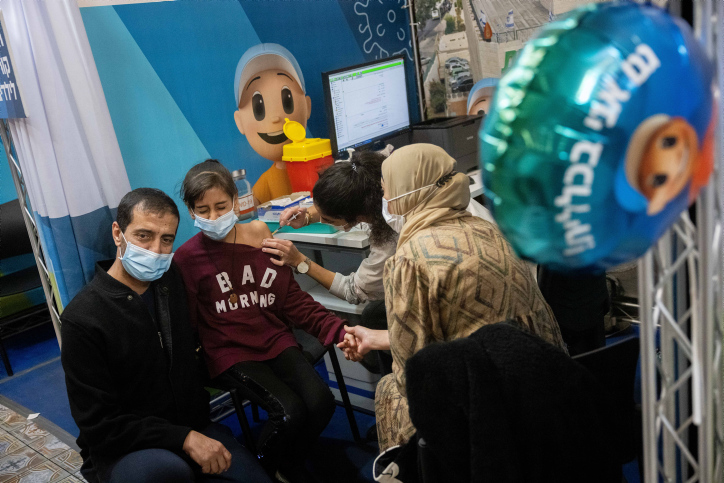 The military’s Home Front Command was racing to locate 800 potential cases to quickly cut off any infection chains of the variant, which is feared to be more infectious than previous strains, Deputy Defense Minister Alon Schuster said.

The military said it had doubled its forces dedicated to receiving arrivals from abroad and transferring them to quarantine hotels.

The Health Ministry said Saturday it had designated 50 African countries as “red” countries due to the high risk of Omicron transmission, representing all but four countries on the continent.

Egypt and Morocco, which both have important diplomatic ties to Israel, were left off the list. Morocco signed a defense agreement with Israel last week, in a major breakthrough in diplomatic relations between the two countries.

Israel has banned travel from Israel to red countries, with some exceptions that the Interior Ministry will decide on a case-by-case basis. All arrivals from red countries will be required to quarantine, including those who have been vaccinated or recovered from COVID-19, the Health Ministry said.

Non-citizens from red countries will not be allowed to enter Israel, with some exceptions.

Citizens who are coming from South Africa, Ethiopia, Botswana and Malawi will need to quarantine in a designated hotel until they receive a negative PCR test result. Other African countries will be added to the mandatory quarantine list on Monday.

Travelers who are leaving Israel for other areas will be required to formally declare they will not go to red countries. 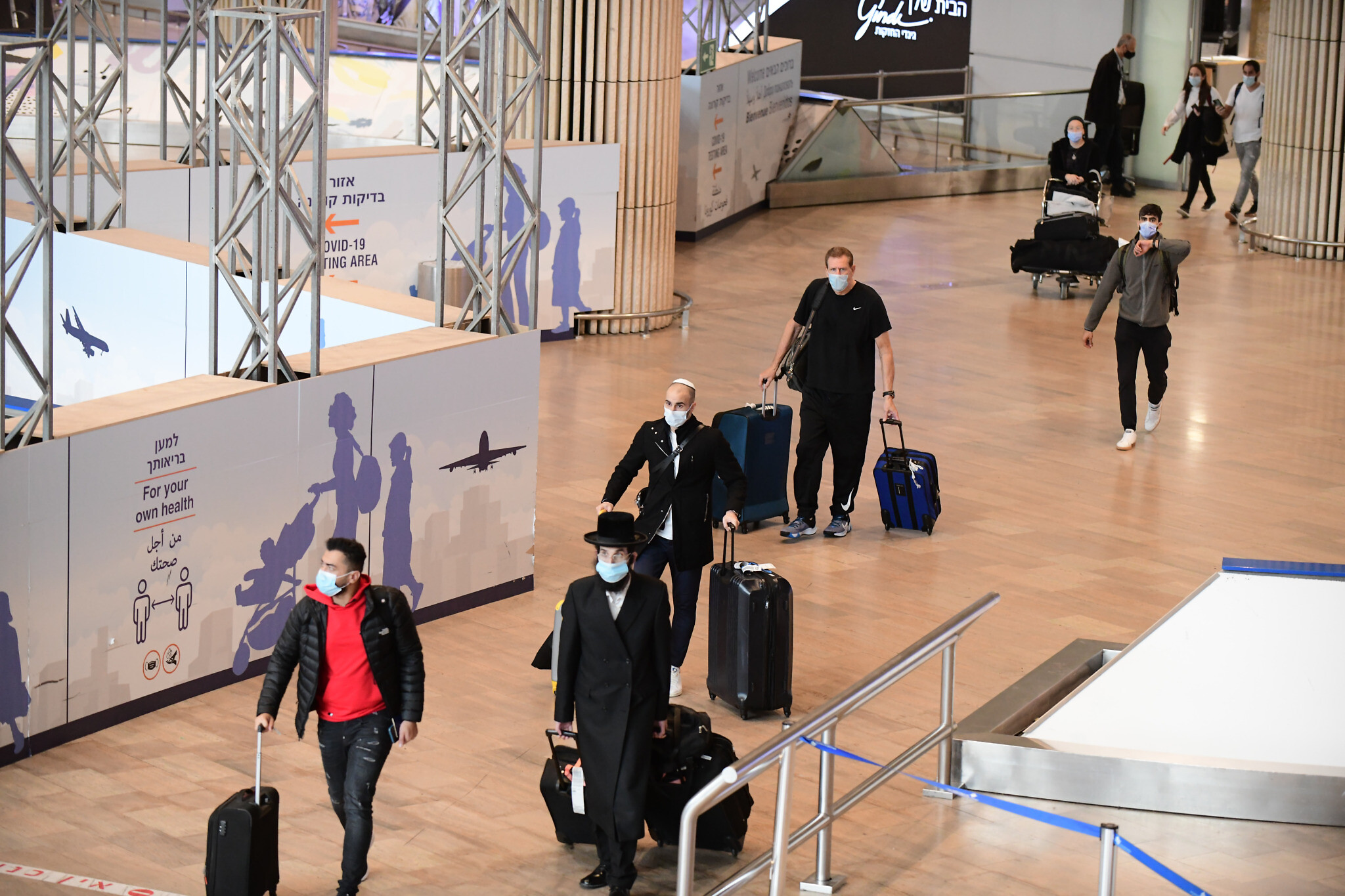 Traveling to red countries, or attempting to, without special permission, will result in a fine of NIS 5,000 ($1,570).

The new restrictions are expected to last for at least several weeks, until authorities have a better grasp of the threat posed by the Omicron variant.

Beyond the airport, another area of concern is the education system, where health officials fear the outbreak could be most prominent.

Government officials, including Interior Minister Ayelet Shaked and leading health authorities, urged Israelis to get vaccinated to counter the new variant, and called on parents to vaccinate their children.

Israel approved the vaccine for children aged 5-11 last week, but only 6.5 percent of children in that age group, or around 65,000 out of 1 million, have so far been inoculated or have an appointment.

Eran Segal, a leading epidemiologist, said 600,000 eligible adults have not been vaccinated at all, and 1.1 million Israelis who are eligible for a booster shot have not received one.

The Health Ministry said Saturday that coronavirus’s basic reproduction number in Israel has increased to 1.07. Known also as the “R-number,” the figure represents the number of people each confirmed patient infects, on average. Any number over 1 signifies infection is expanding.

The new data showed that 508 people had been diagnosed the Friday, with the number representing 0.66% of the 79,000 tests conducted. There were 167 hospitalized individuals, of whom 125 were in serious condition.