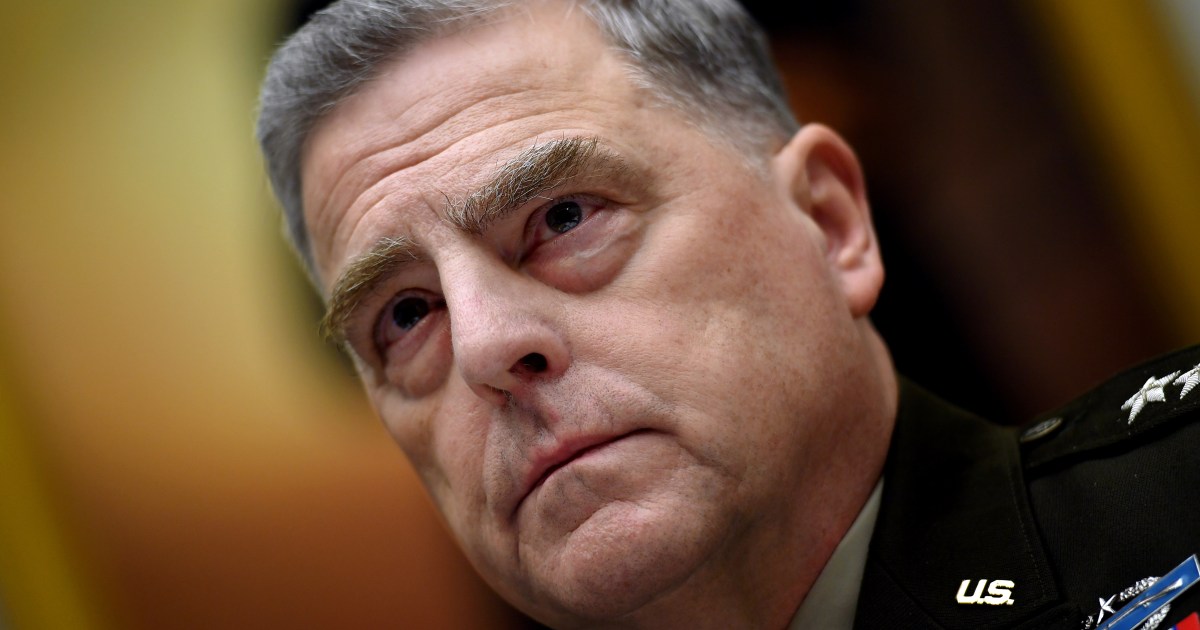 The United States is tracking enough indicators and warnings surrounding Russian military activity near Ukraine to trigger “a lot of concern” and Russian rhetoric appears increasingly strident, the top military officer in the US said.

Army General Mark Milley, chairman of the Joint Chiefs of Staff, declined to speculate on Thursday about the kinds of options the United States might consider in the event of a Russian invasion.

But Milley stressed the importance of Ukraine’s sovereignty to Washington and to the NATO alliance.

“There’s significant national security interests of the United States and of NATO member states at stake here if there was an overt act of aggressive action militarily by the Russians into a nation state that has been independent since 1991,” Milley said during a flight from Seoul to Washington, DC.

Ukraine says Russia has amassed more than 90,000 troops near the two countries’ border, while Moscow accuses Kyiv of pursuing its own military build-up.

It has dismissed as inflammatory suggestions it is preparing for an attack on Ukraine and has defended its right to deploy troops on its territory as it sees fit.

Earlier in the day, US Secretary of State Antony Blinken warned Moscow of “severe costs and consequences” if it invaded Ukraine and urged Sergey Lavrov, his Russian counterpart, to find a diplomatic solution to the crisis.

Blinken and Lavrov were meeting in Stockholm, the Swedish capital.

Russia seized Crimea from Ukraine in 2014.