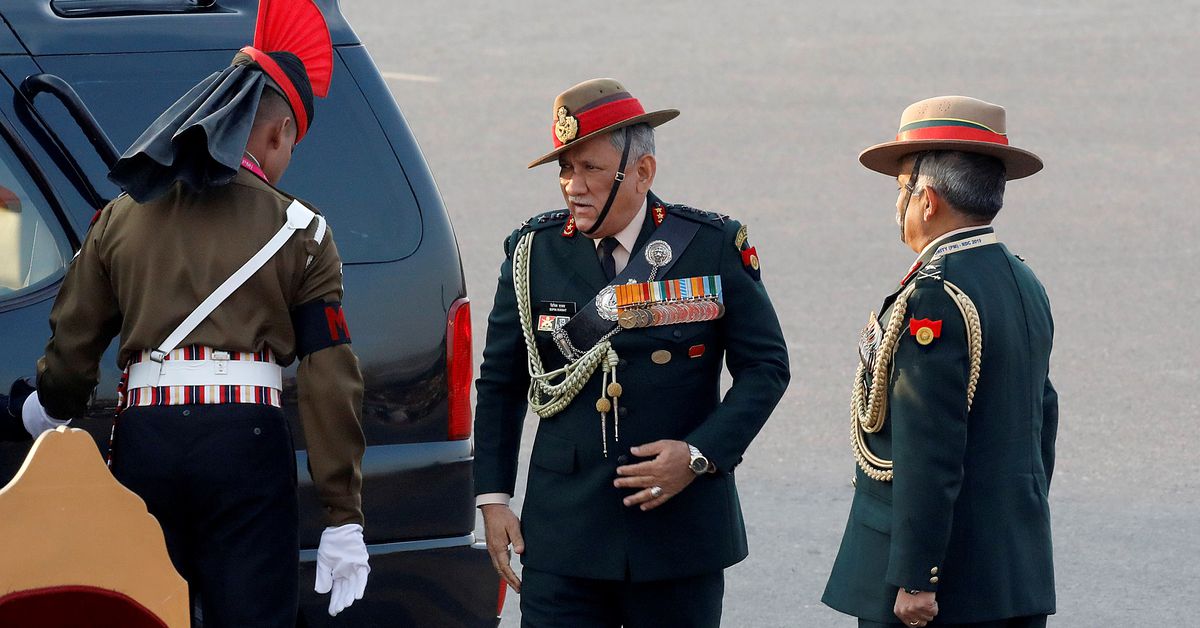 NEW DELHI, Dec 8 (Reuters) – A military helicopter carrying Indian defence chief General Bipin Rawat crashed in southern India on Wednesday, killing at least four people, and officials said they were still checking to see if he was among the dead.

Two defence sources said they were trying to ascertain Rawat’s status following the crash near the town of Coonoor.

“We don’t know yet,” one of the sources told Reuters. Both declined to be named. Four people were dead, said two other government officials.

Rawat was travelling from an Indian Air Force base in Sulur to the Defence Services Staff College in Wellington in the Indian state of Tamil Nadu to deliver a lecture. Hill station Coonoor is along the flight path.

Rawat was appointed as India’s first Chief of Defence Staff (CDS) by Prime Minister Narendra Modi’s government in late 2019. The position was set up with the aim of integrating India’s three services – the Army, the Navy and the Air Force.

The Air Force said that Rawat, who had previously served as India’s Chief of Army Staff, was travelling in an Mi-17V5 helicopter. India has dozens of the Russian military chopper that are widely used by the military as well as top government ministers visiting defence locations.

“This is a safe, proven helicopter, I have travelled on it in difficult situations,” former army chief J.J.Singh said.

“An inquiry has been ordered to ascertain the cause of the accident,” the Air Force said in a tweet.