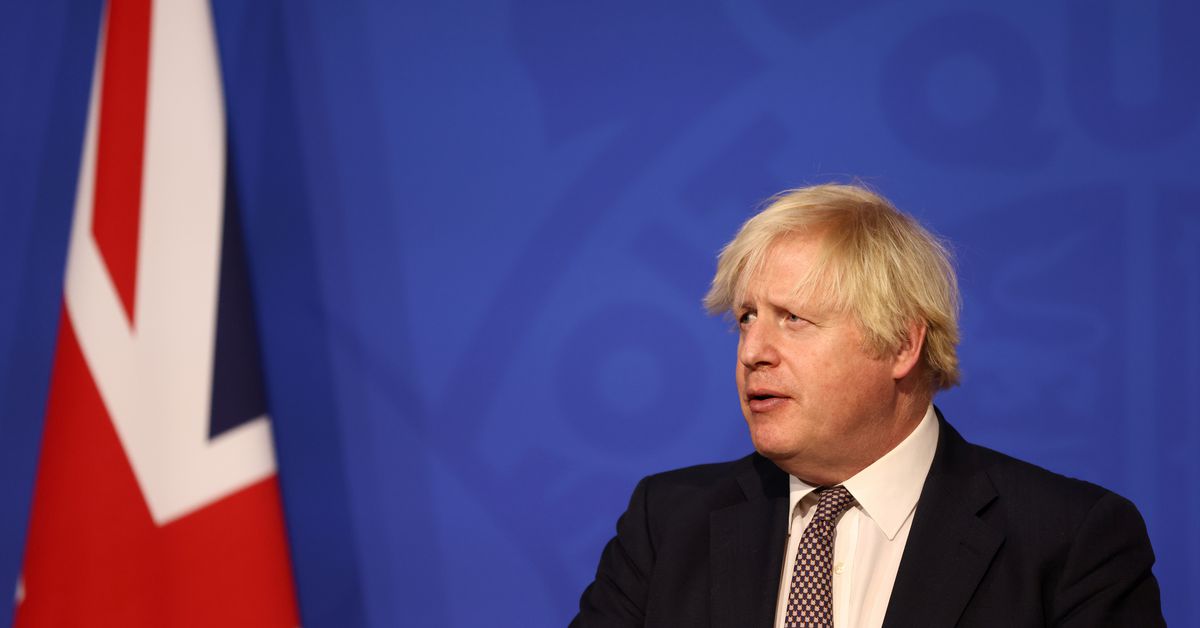 LONDON, Dec 8 (Reuters) – British Prime Minister Boris Johnson apologised on Wednesday after a video surfaced showing his staff laughing and joking about a gathering in Downing Street during a Christmas COVID lockdown last year when such festivities were banned.

Johnson said he had been furious to see the clip and that, since allegations emerged in the media, he had been repeatedly assured that there had not been a party.

“I apologise unreservedly for the offence that it has caused up and down the country and I apologise for the impression that it gives,” he told parliament, adding that there would be disciplinary action if it was found rules were broken.

Johnson and his ministers have repeatedly denied any rules were broken by the gatherings in late 2020, though the Mirror newspaper said Johnson spoke at a leaving party and that his team had a wine-fuelled gathering of around 40 to 50 people.

But in a video aired by ITV, Allegra Stratton, who was then Johnson’s press secretary, was shown at a 2020 Downing Street rehearsal for a daily briefing laughing and joking about the gathering.

In the video, a Johnson adviser asks Stratton: “I’ve just seen reports on Twitter that there was a Downing Street Christmas party on Friday night — do you recognise those reports?”

Stratton, standing before British flags at an official Downing Street lectern, chuckles and says: “I went home.” She then laughs and smiles.

At the time of the Downing Street gathering, tens of millions of people across Britain were banned from meeting close family and friends for a traditional Christmas celebration – or even from bidding farewell to dying relatives.

Reaction to the video was sharp with many people on Twitter expressing disgust that Downing Street appeared to be laughing about breaking rules. Some questioned whether or not the public should obey Johnson if he imposes more COVID restrictions.

Nearly 146,000 people have died from COVID in the United Kingdom and Johnson is weighing up whether to toughen curbs after the discovery of the new Omicron coronavirus variant.

Johnson has faced intense criticism in recent months over his handling of a sleaze scandal, the awarding of lucrative COVID contracts, the refurbishment of his Downing Street flat and a claim he sought to ensure pets were evacuated from Kabul during the chaotic Western withdrawal.

Opposition Labour Party leader Keir Starmer said the video was an insult to those who had followed lockdown rules when it meant being separated from their families over Christmas.

“They had a right to expect that the government was doing the same. To lie and to laugh about those lies is shameful,” Starmer said in a statement. “The prime minister now needs to come clean, and apologise.”

Ian Blackford of the Scottish National Party, the second-biggest opposition party in parliament, called for Johnson to step down.

Conservative Party lawmaker Roger Gale said that if the House of Commons had been deliberately misled over the party then it would be a resignation matter.