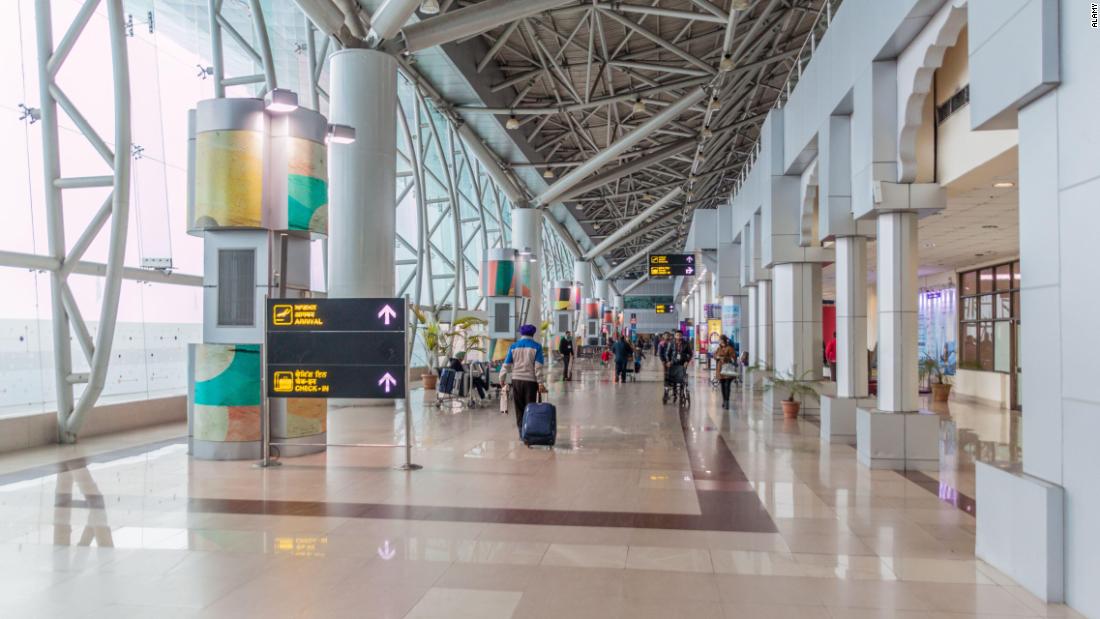 (CNN) — At least 10 passengers have escaped from an airport in the northern Indian city of Amritsar after testing positive for Covid-19, according to Ruhee Dugg, a senior district official.
The passengers arrived aboard an international chartered flight from Italy to India on Thursday, and 125 people tested positive on arrival, Dugg told CNN on Friday.

After arriving from Rome on Thursday morning, the passengers were tested for coronavirus, in accordance with India’s Covid-19 entry rules.

V.K. Seth, director of Amritsar airport, told CNN that 160 passengers were tested, while 19 were exempted because they were under five years of age.

While the travelers who tested positive were in transit to a local hospital Thursday, at least 10 became separated from the main group and were able to evade authorities.

Police are now searching for the escapees.

“They were supposed to go to the hospital but they went home… The police are now working on tracking these people down and will take the required action,” Dugg told CNN.

“There were a large number of passengers. All of them said that they will come to the hospital, and most of them did, but some were able to get out,” she added.

The highly contagious Omicron variant is putting a strain on medical resources in the country, as it grapples with rising cases.

More than 480,000 people in India have died from Covid-19 since the beginning of the pandemic, according to data from Johns Hopkins University.

CNN’s Sara Spary and Esha Mitra contributed to this report.