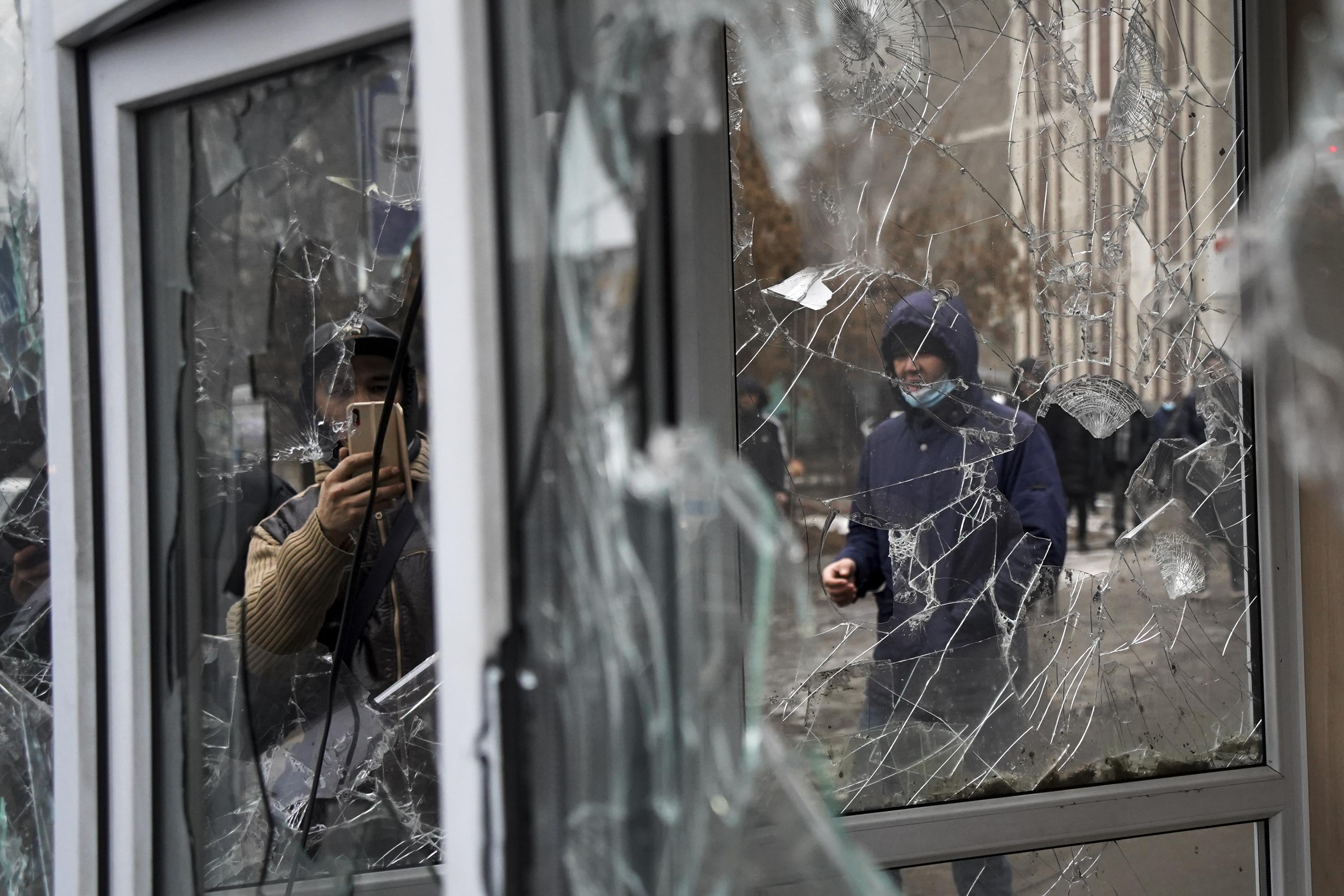 MOSCOW (AP) — The president of Kazakhstan on Friday declared that constitutional order was “mainly restored” after the country was engulfed in unprecedented unrest in recent days.

“An anti-terror operation has commenced. Law enforcement agencies are working hard. Constitutional order has been mainly restored in all regions of the country. Local authorities are in control of the situation,” Kassym-Jomart Tokayev was quoted by his spokespeople as saying Friday.

The president added, however, that “terrorists are still using weapons and are damaging people’s property” and that “counterterrorist actions” should be continued.

Kazakhstan is experiencing the worst street protests since the country gained independence three decades ago. The demonstrations began over a near-doubling of prices for a type of vehicle fuel and quickly spread across the country, reflecting wider discontent over the rule of the same party since independence.

Protests have turned extremely violent, with government buildings set ablaze and dozens of protesters and more than a dozen law enforcement officers killed.

In a concession, the government on Thursday announced a 180-day price cap on vehicle fuel and a moratorium on utility rate increases. Tokayev has vacillated between trying to mollify the protesters, including accepting the resignation of his government, and promising harsh measures to quell the unrest, which he blamed on “terrorist bands.”

In what was seen as one such measure, the president has called on a Russia-led military alliance for help.

The alliance, the Collective Security Treaty Organization, includes the former Soviet republics of Kazakhstan, Belarus, Armenia, Tajikistan and Kyrgyzstan and has started deploying troops to Kazakhstan for a peacekeeping mission.

Kazakh officials have insisted that the troops will not be fighting the demonstrators.