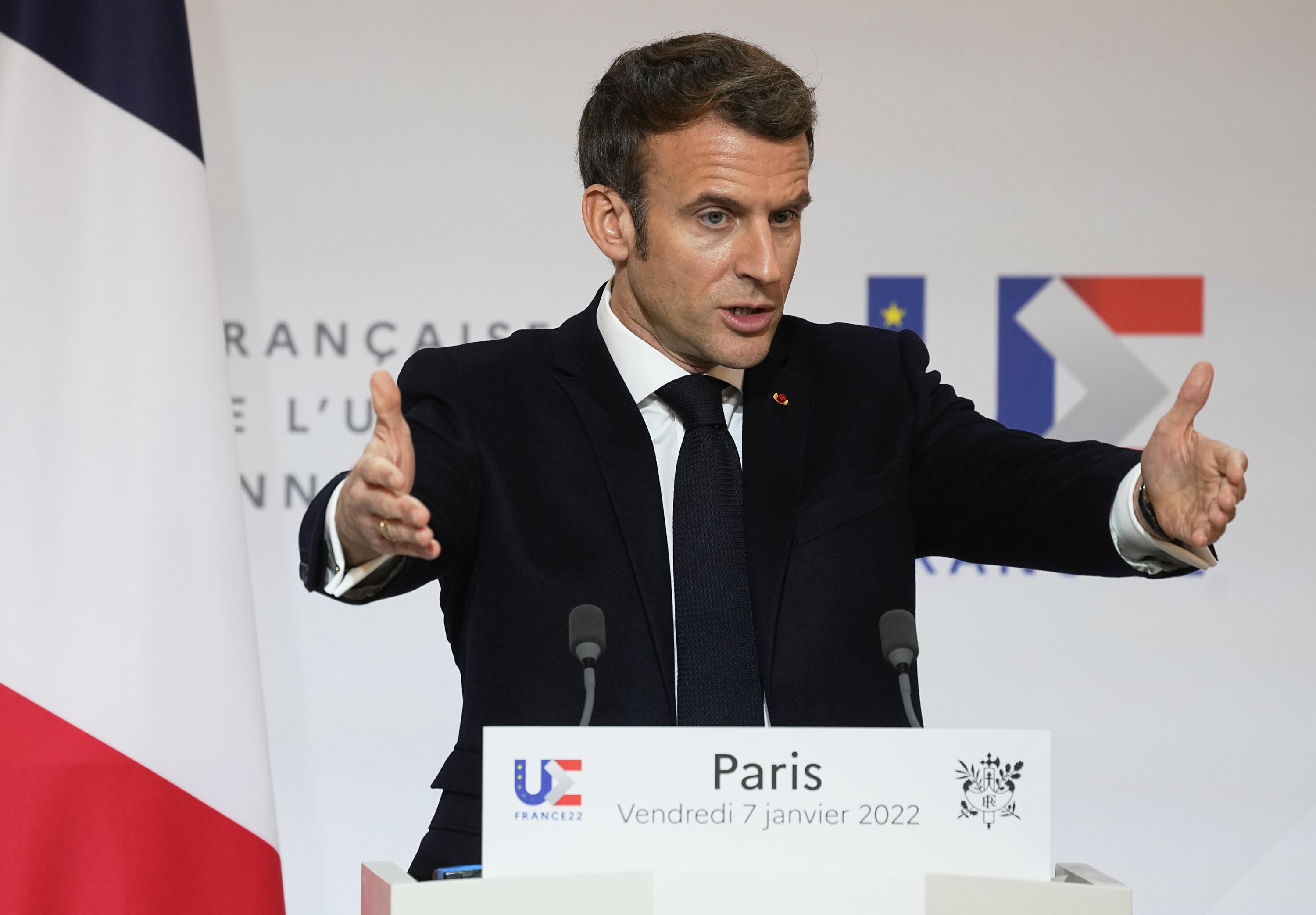 PARIS (AP) — French President Emmanuel Macron on Friday maintained on Friday his rude remarks about the country’s minority of vaccine refusers, saying he cannot accept them infringing on others’ freedom.

The 44-year-old outspoken president, who is expected to seek re-election later this year, made headlines earlier this week by using the word “emmerder” — rooted in the French word for “crap” and meaning to rile or to bug. He was talking about his strategy for pressuring vaccine refusers to get coronavirus jabs. His vulgar language dominated news broadcasts and provoked angry reactions from his political rivals.

Speaking in a news conference in Paris, Macron acknowledged the term may have upset some, but said he takes full responsibility for it.

“When some make from their freedom … a motto, not only do they put others’ lives at risk, but they are also curtailing others’ freedom. That I cannot accept,” he said in reference to unvaccinated people. “When you are a citizen you must agree to do your civic duty.”

France’s strategy is to “vaccinate, vaccinate, vaccinate,” he insisted, as the country reported this week Europe’s highest-ever single-day confirmed infection count. About 77% of the population, including more than 91% of adults, are fully vaccinated.

Macron also advocated for the new vaccine pass to encourage more people to get the vaccine by restricting the social life of those non vaccinated.

The measure will exclude unvaccinated individuals from places such as restaurants, cinemas, theaters, museums and sports arenas. The pass will also be required on inter-regional trains and buses, and on domestic flights.

The bill is to be debated at the Senate next week. The government hopes to put it in place around mid-January.