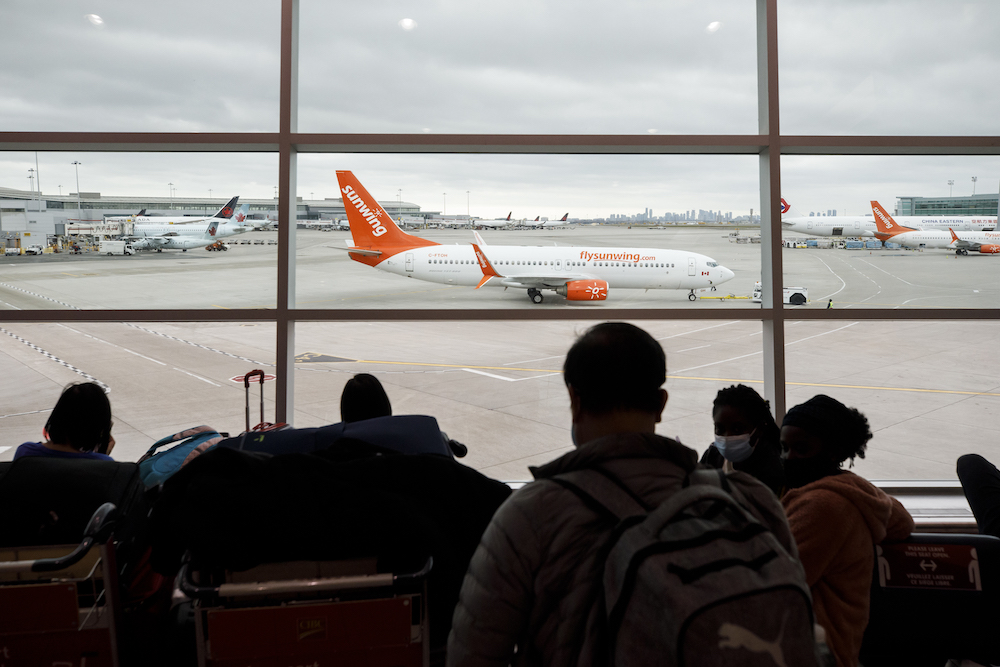 (CNN) — Some members of a rowdy group shown dancing, drinking and vaping maskless aboard a flight to Cancun find themselves stranded in Mexico after their return flight to Canada was scrubbed and other airlines have declined to fly them home.

The group flew to Cancun from Montreal on December 30 aboard a Sunwing Airlines charter flight for a trip organized by “exclusive private group” 111 Private Club.

Video of the party on board, which shows passengers dancing and drinking in the aisles, has sparked outrage in Canada. An investigation by Transport Canada is underway, and passengers could face hefty fines or worse.

“It’s a slap in the face to see people putting themselves, putting their fellow citizens, putting airline workers at risk by being completely irresponsible,” Trudeau said at a briefing.

In a statement posted on Twitter on Thursday, event organizer and TripleOne president James William Awad said, “I understand why many fellow citizens are upset about the current situation.”

Awad said he chartered a private plane to “ensure everyone’s safety” and took the additional step of getting the passengers tested for Covid before they left Montreal.

Sunwing canceled their return flight, which was scheduled for January 5, because the group did not agree to terms it outlined, the airline said.

Air Canada and Air Transat have both said they will not fly the travelers home, citing the safety of other passengers and crew.

Sunwing said in a statement that its decision to cancel the group’s flight back to Canada was “based on the group’s refusal to accept all terms and our security team’s assessment that non-compliance would be likely based on their previous disruptive onboard behavior.”

Sunwing said it could not provide specific details due to active investigations but said it had “developed a robust risk mitigation plan to return the passengers to Montreal while ensuring the health, safety and security of the crew and passengers.”

The airline launched its own investigation after the initial flight and notified Transport Canada, Sunwing said.

According to Awad’s statement, the sticking point in his negotiations with the airline about the return flight was in-flight meal service.

He said he agreed to no alcohol service on board, passengers boarding “in a sober condition” and a number of other terms.

“We couldn’t conclude an agreement because Sunwing refused to provide meals to the group for a five-hour flight,” Awad’s statement reads.

The return flight was canceled to ensure the safety of crew and passengers, the airline said. It also noted that it will support Transport Canada’s investigation of the incident.

Awad said 111 Private Club is working to get all of the trip participants home “as quickly as we can.”

“This was my first travel event,” he said in his statement. “I have significantly learned, and I am still learning from this experience.”

Transport Canada said earlier this week that the department has been in contact with Sunwing and said that passengers could face fines of up to $5,000 Canadian dollars (about US$3,900) per offense.

The department also cautioned that any traveler convicted of providing false information to the government upon entry to Canada could face very steep fines or jail time.

On December 15, Canada issued an advisory to its citizens asking that they avoid all nonessential international travel.

Quebec closed schools, bars, casinos and other public venues and made teleworking mandatory on December 20 as Covid-19 cases and hospitalizations increased.