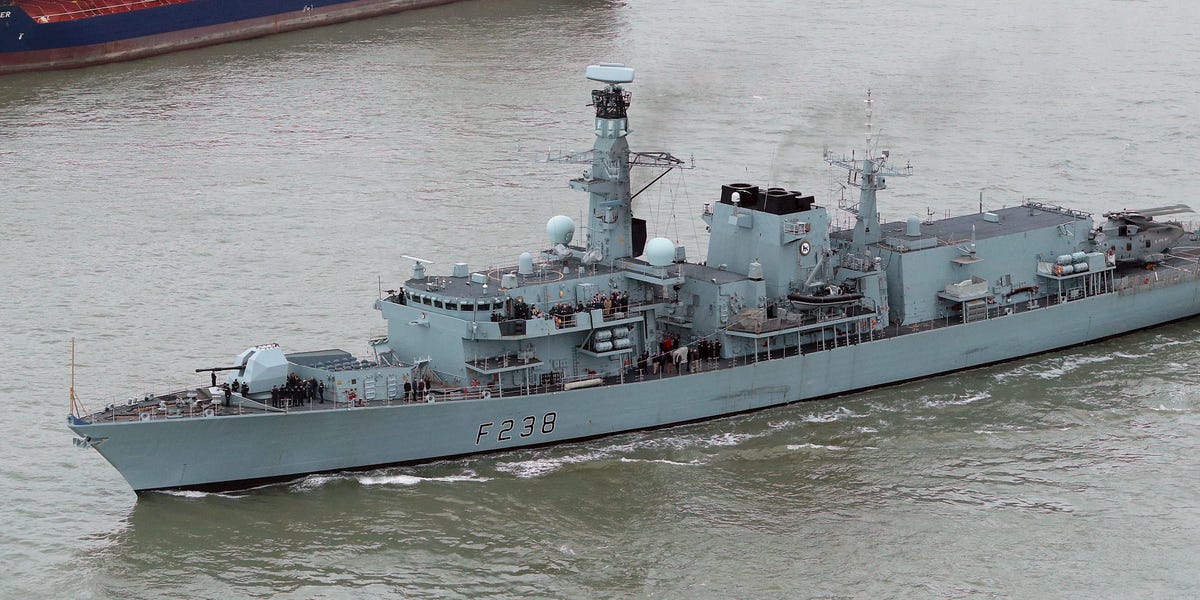 New video footage shows the moment that sailors with Britain’s Royal Navy realized they had been hit by the Russian submarine they were tracking.

HMS Northumberland, a 133-meter submarine tracker, collided with the Russian vessel in the north Atlantic in late 2020, the UK Ministry of Defence (MOD) told Insider in a statement.

At the time of the collision, a camera crew from the UK’s Channel 5 network were on board to film an episode of “Warship: Life at Sea.”

A clip from the episode was obtained by MailOnline and The Times of London. The episode is due to premiere on January 17.

In the clip published by MailOnline, a loud alarm begins to sound in the bridge, and crew members are heard asking “what the hell was that?” and “what happened?”

Watch the moment around the 1-minute, 33-second mark:

According to the MOD, the Russian submarine had just hit the ship’s sonar equipment, which is trailed hundreds of meters behind the vessel.

“In late 2020 a Russian submarine being tracked by HMS Northumberland came into contact with her towed array sonar,” a spokesman for the MOD said. “The Royal Navy regularly tracks foreign ships and submarines in order to ensure the defense of the United Kingdom.”

HMS Northumberland had been sent on a 48-hour mission to track down the Russian submarine, over fears that it may try to access undersea cables and intercept communications.

A British defense official told Insider there was no indication that the collision was deliberate.

The Kremlin did not immediately respond to Insider’s request for comment.

After the collision, HMS Northumberland returned to a port in Scotland so the damaged equipment could be replaced.

In the Channel 5 episode, the ship and camera crew briefly spot the periscope of the Russian submarine above the water, The Times of London reported.

“We are very close to the submarine — we are probably parallel. If they were on the surface we would definitely see faces,” Commander Thom Hobbs told the Channel 5 crew shortly before the collision.

On December 4, 2020, the Royal Navy said it had tracked nine Russian vessels close to UK waters in recent weeks.