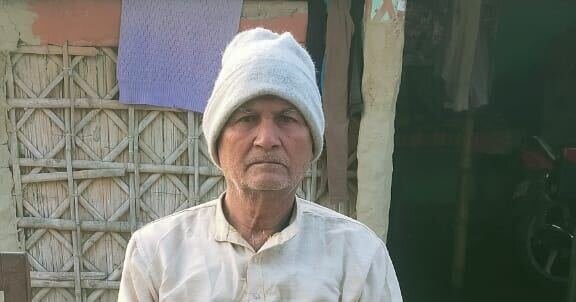 There is vaccine hesitancy, but on the flip side, there is Brahmdeo Mandal.

Mr. Mandal is so excited about the healing promise of a jab that he says he has received 12 coronavirus vaccine doses — so far.

How, you may ask? Mr. Mandal, an 85-year-old retired postman from the northern Indian state of Bihar, is happy to share.

He said he received his first dose on Feb. 13 at a local clinic, and he hasn’t stopped since. He has recorded the date and location of each jab in a pocket notebook. His ninth shot, he said, was on Sept. 24 at 12:32 p.m. at a hospital in Kalashan, Madhepura District.

“I felt that it was helping my general health,” he said in a phone interview. “My backache has improved, my general weakness improved, and my appetite improved.”

“I was always looking for new vaccine camps and would go there,” Mr. Mandal said. “Nobody would recognize me.”

Dr. Amarendra Narayan Shahi, the chief medical officer in Madhepura, said he had spoken to Mr. Mandal who had told him about his quest to get more doses because he believed it cured his ailments, many of them natural at his age.

“Yes, he is claiming that he got 12 doses,” Dr. Shahi said. “I have constituted a three-member investigating team to find the truth.”

For nine of the 12 shots Mr. Mandal registered to receive, he said he used his national identity card and his mobile number. After that, he said, he switched to alternative forms of identification, like his voting card and the mobile numbers of his wife and his friends.

Exactly how Mr. Mandal was found out unclear, but it appeared to be a case of him boasting about his many boosters to someone who had then tipped off the local news media. Authorities in the district of Madhepura say they have also started an investigation.

There is no indication that supercharging the immune system with 12 shots brings any real benefits, or would help with anything other than what the vaccine is intended to do.

In fact, there is an ongoing debate on whether boosting the immune system over and over can cause it to become fatigued, or to prevent it from responding to future versions of the vaccine.

Only an investigation will confirm whether Mr. Mandal received the multitude of doses that he claims. But there have certainly been many irregularities in Bihar during India’s vaccination drive — a massive undertaking with 1.5 billion doses administered so far.

In September, when a remarkable 25 million doses were administered to mark Prime Minister Narendra Modi’s birthday, Bihar topped the list of states with about 3.4 million doses.

But media reports later suggested that Bihar’s vaccination numbers were likely inaccurate — that data from offline vaccinations from previous days were intentionally withheld and uploaded on the campaign day to inflate the total. Weeks later, it also emerged that one district in Bihar had been reporting ghost vaccinations: Among those recorded as having received the vaccine in the district, but who clearly had not, were Prime Minister Modi himself, as well as some Bollywood celebrities.

It is precisely the manual registration that would have come in handy in Mr. Mandal’s quest to keep getting shots before boosters were being offered — and then to keep on boosting every month or so, he said.

Mr. Mandal admitted that each time he registered for a new jab, he was asked whether or not he had previously received the shot. “Every time I told them a lie — that I had not,” he said.

Dr. Shahi, the district medical chief, said internet problems in Madhepura were such that in many areas vaccinations happened offline and the data was uploaded later. He said what was surprising, if Mr. Mandal’s claim turns out true, is that the portal did not detect repeat uploads when the data went online.

As for Mr. Mandal, he said he would keep looking for new opportunities. “I still want more,” he said.