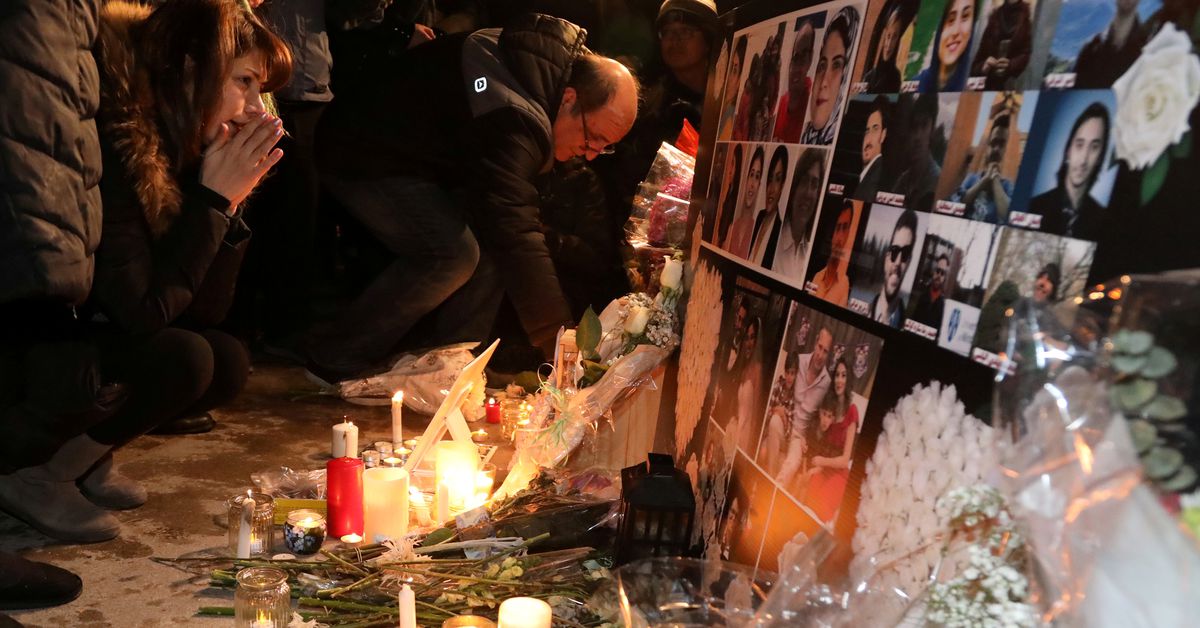 Mourners attend an outdoor vigil for the victims of a Ukrainian passenger jet which crashed in Iran, in Toronto, Ontario, Canada January 9, 2020. REUTERS/Chris Helgren/File Photo

DUBAI, Jan 7 (Reuters) – Iran said on Friday it was prepared to hold bilateral talks with concerned countries over a Ukrainian airliner downed by its forces in 2020, ignoring a joint statement on reparations made by Canada and other states whose citizens were killed.

Canada, Britain, Sweden and Ukraine said on Thursday they had abandoned efforts to talk to Tehran about reparations for an airliner brought down by Iran and would try to settle the matter according to international law. read more

Most of the 176 people killed when Iran shot down the Ukrainian airliner in January 2020 were citizens from those four nations, which formed a group aiming to hold Tehran to account.

“Despite certain countries’ illegal actions and attempts to exploit this tragic event …, Iran remains ready to negotiate bilaterally with each of the relevant states,” Iran’s Foreign Ministry said in a statement on state media.

It said any talks should respect “sovereignty, domestic laws and international obligations”.

Tehran says its Revolutionary Guards accidentally shot down the Boeing 737 plane, which was hit at a time when tensions were high between Iran and the United States. Tehran blamed a misaligned radar and an error by the air defence operator.

A Canadian court this week awarded nearly $84 million plus interest to the families of six people who died. In June, Canada said it had found no evidence that the downing of the plane had been premeditated. read more