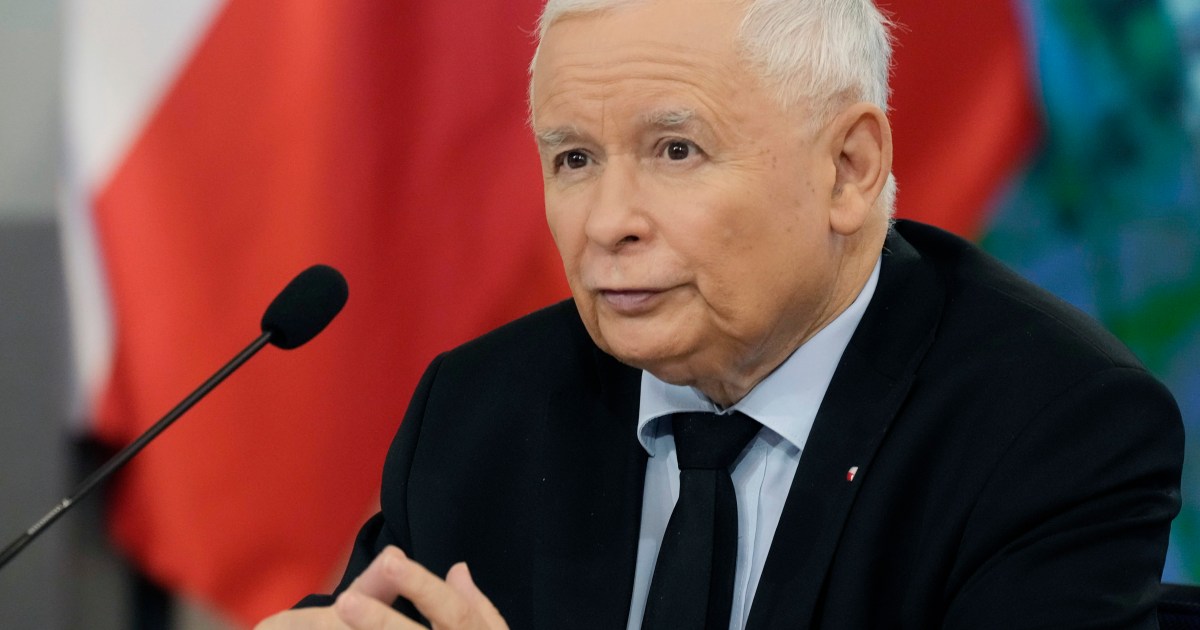 Poland’s most powerful politician has acknowledged that the country bought advanced spyware from the Israeli surveillance software maker NSO Group, but denied that it was being used to target his political opponents.

Jaroslaw Kaczynski, the leader of Poland’s governing conservative party, Law and Justice, said in an interview that the secret services in many countries are using the Pegasus software to combat crime and corruption.

Kaczynski said the use of such spyware arose in response to the growing use of encryption to mask data in transit, which defeated earlier monitoring technologies. By hacking phones, it lets authorities monitor communications, as well as real-time conversations where they are not encrypted.

“It would be bad if the Polish services did not have this type of tool,” Kaczynski said in an interview to be published in the Monday edition of weekly magazine Sieci. The wPolityce.pl news portal published excerpts on Friday.

The interview followed exclusive reports by The Associated Press that Citizen Lab, a cyber-watchdog group at the University of Toronto, found that three Polish government critics had devices hacked with NSO’s Pegasus.

Text messages stolen from Brejza’s phone were doctored and aired by state-controlled TV in Poland as part of a smear campaign in the heat of the race, which the populist governing party went on to narrowly win.

Brejza has now maintained that the election was unfair since the governing party would have had access to his campaign’s tactical thinking and plans.

The hacking revelations have rocked Poland, drawing comparisons to the 1970s Watergate scandal in the United States and eliciting calls for an investigative commission in parliament.

Kaczynski said he saw no reason to set up such a commission, and he denied that the surveillance played any role in the outcome of the 2019 election.

“There is nothing here, no fact, except the hysteria of the opposition. There is no Pegasus case, no surveillance,” Kaczynski said. “No Pegasus, no services, no secretly obtained information played any role in the 2019 election campaign. They lost because they lost. They shouldn’t look for such excuses today.”

The other two Polish targets confirmed by Citizen Lab were Roman Giertych, a lawyer who represents opposition politicians in a number of politically sensitive cases, and Ewa Wrzosek, an independent-minded prosecutor.

When asked by the AP in December if Poland had bought Pegasus, state security spokesman Stanislaw Zaryn would neither confirm nor deny it. However, many Kaczynski allies publicly cast doubt on suggestions of government Pegasus use.

Polish Prime Minister Mateusz Morawiecki called the Citizen Lab-AP findings “fake news” and suggested a foreign intelligence service could have done the spying – an idea dismissed by critics who said no other government would have any interest in the three Polish targets.

Deputy Defence Minister Wojciech Skurkiewicz in late December said that “the Pegasus system is not in the possession of the Polish services. It is not used to track or surveil anyone in our country.”

Polish media reports said Poland bought Pegasus in 2017, using money from the so-called “Justice Fund”, which is meant to help the victims of crimes and to rehabilitate criminals.

According to investigations by broadcaster TVN and daily newspaper Gazeta Wyborcza, the software is used by the Central Anti-Corruption Bureau, a special service created to combat corruption in public life that is under the political control of the governing party.

“The public money was spent on an important public purpose, related to the fight against crime and the protection of citizens,” Kaczynski said.

Dozens of high-profile cases of Pegasus abuse have been uncovered since 2015, many by a global media consortium last year, showing the NSO Group malware was employed to eavesdrop on journalists, politicians, diplomats, lawyers and human rights activists from the Middle East to Mexico.

The Polish hacks are considered particularly egregious because they occurred in a European Union member state with ostensibly greater protections for civil and political liberties.

Amnesty International’s Poland director, Anna Błaszczak, alleged in a statement Friday that spying on the opposition would be consistent with the Polish government’s behaviour under the Law and Justice party.

The EU has increasingly criticised Poland for judicial interference and other actions regarded as anti-democratic.

“These findings are shocking but not surprising. They raise serious concerns not only for politicians, but for the whole of Poland’s civil society, in general, particularly given the context of the government’s record of persistently subverting human rights and the rule of law,” Blaszczak said.