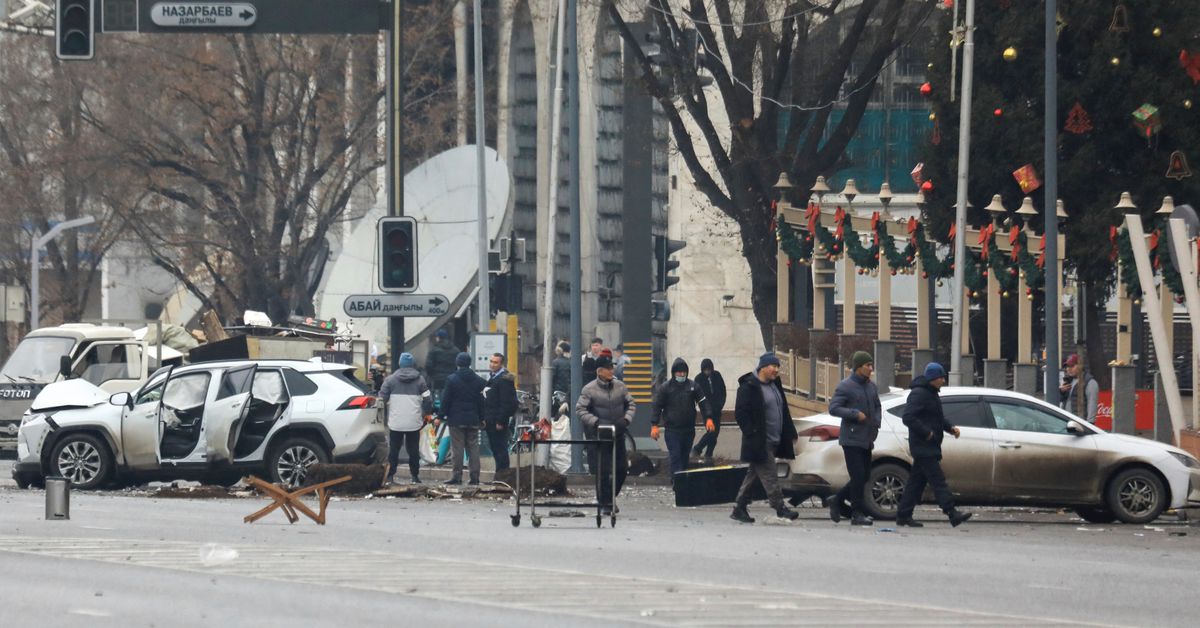 A car, which was damaged during the protests triggered by fuel price increase, is seen on a road in central Almaty, Kazakhstan January 7, 2022. REUTERS/Pavel Mikheyev

WASHINGTON, Jan 7 (Reuters) – The United States said on Friday it had approved the voluntary departure of non-emergency U.S. government employees and family members from the consulate general in the Kazakh city of Almaty, amid an ongoing state of emergency in the country.

“U.S. citizens in Kazakhstan should be aware that violent protests may severely impact the U.S. Embassy’s ability to provide consular services, including assistance to U.S. citizens departing Kazakhstan,” the State Department said.