A team of scientists in Cyprus has identified a strain of the coronavirus that apparently combines many of the characteristics of the Delta and Omicron variants, according to a report on Saturday.

Bloomberg News said the discovery was given the moniker “Deltacron” due to the identification of “Omicron-like genetic signatures within the Delta genomes.”

Leondios Kostrikis, professor of biological sciences at the University of Cyprus and head of the Laboratory of Biotechnology and Molecular Virology, told Sigma TV in an interview cited by Bloomberg that 25 such cases had been identified so far.

“There are currently Omicron and Delta co-infections and we found this strain that is a combination of these two,” Kostrikis said.

Kostrikis said although it was not yet known how infectious or pathological the combined strain was, he believed it would likely be displaced by the highly contagious Omicron variant.

The Cypriot team has sent the information on the combined strain to the GISAID global science initiative, which is tracking variants. 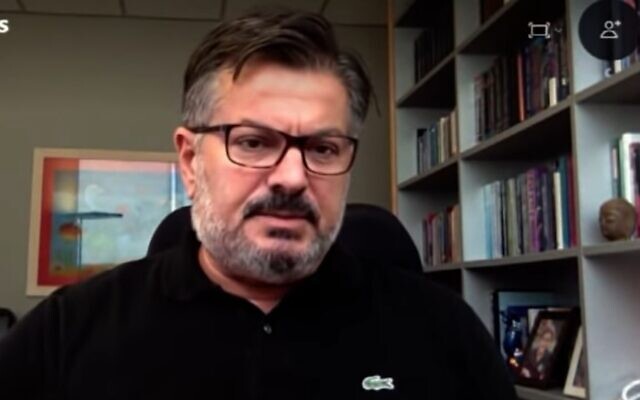 The potential new variant came as the Omicron strain surged around the world.

The World Health Organization said Thursday that a record 9.5 million COVID-19 cases were tallied globally over the last week, a 71% increase from the previous seven-day period. However, the number of weekly recorded deaths declined.

While Omicron seems less severe than the Delta variant it has swiftly replaced, especially among people who have been vaccinated, WHO Director-General Tedros Adhanom Ghebreyesus cautioned against treating it lightly.

“Just like previous variants, Omicron is hospitalizing people, and it’s killing people,” he said. “In fact, the tsunami of cases is so huge and quick that it is overwhelming health systems around the world.”