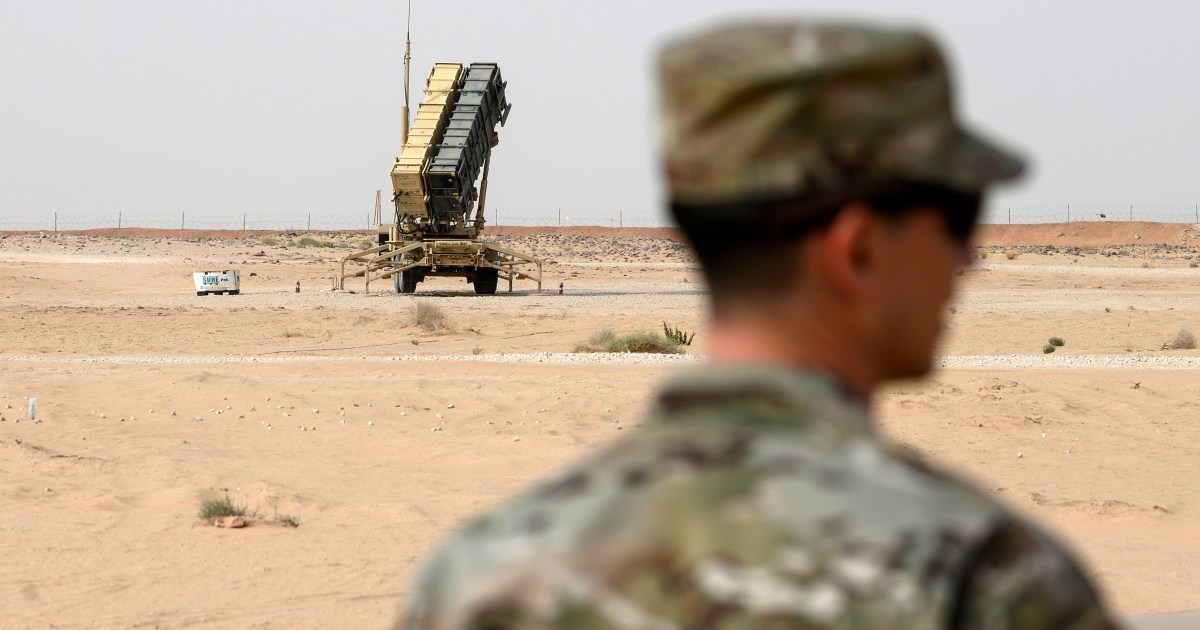 As Houthi rebel attacks escalate, Riyadh has ‘an urgent situation’ as it runs out of missiles for its air-defence system, Financial Times newspaper reports.

Saudi Arabia could run out of interceptor missiles for its US-made Patriot air-defence system in “months”, according to a senior US official cited by the Financial Times (FT) newspaper, prompting Riyadh to appeal to regional allies for help to replenish the stock.

“It’s an urgent situation,” the American official said, adding Washington supports the moves to source missiles from Gulf countries as Yemen’s Houthi rebels ramp up their cross-border attacks on the kingdom.

“There are other places in the Gulf they can get them from, and we are trying work on that. It may be the faster alternative [to US arms sales],” the official was quoted as saying.

Two people briefed on talks between Saudi Arabia and its neighbours confirmed to FT that Riyadh had made such requests.

“There is an interceptor shortage. Saudi Arabia has asked its friends for loans, but there are not many to be had,” one of the people told the publication.

A second person told FT that Saudi Crown Prince Mohammed bin Salman hinted at the issue during a Gulf Cooperation Council (GCC) summit in Riyadh in December and the kingdom subsequently contacted nations in the region directly.

It is not clear if Saudi Arabia’s neighbours have been able to supply it with munitions yet, the report said.

A third US official said the Houthi rebels, who are aligned to Iran and control northern Yemen, ramped up their assaults on the kingdom last year, launching 375 cross-border attacks against Saudi Arabia, many of which were aimed at oil infrastructure, airports and cities.

“Responding to those attacks using those kind of interceptors means that they’re going to have a burn rate that is faster than they may have anticipated before,” the official told FT.

The situation represents the latest test for US-Saudi relations, which President Joe Biden’s administration has sought to reshape in light of the October 2018 murder of Saudi dissident journalist Jamal Khashoggi by Saudi operatives in Istanbul.

In February last year, Biden said he would end US support for Saudi Arabia’s “offensive operations” in Yemen, including “relevant arms sales”.

But several months later, his administration approved a $650m sale of air-to-air missiles to the kingdom.