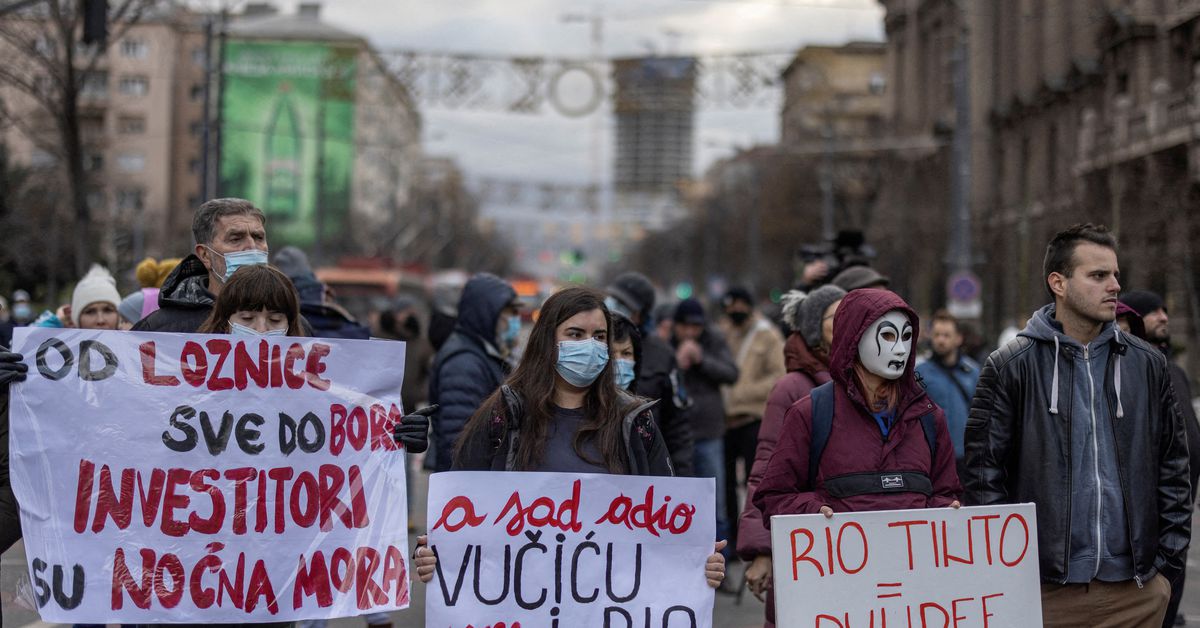 Demonstrators block the streets in front the government building during a protest against Rio Tinto’s plans to open a lithium mine, in Belgrade, Serbia, December 18, 2021. REUTERS/Marko Djurica

Rio Tinto wants to develop the mine near Loznica in the western Jadar valley, but the local municipality has already scrapped a plan to allocate land for it. read more

The development is part of Serbia’s efforts to bring in investment and boost economic growth. But environmentalists have staged protests and blocked roads to press authorities to end the project, which they say would cause irreparable damage to the area.

The protests have caused a political headache for the ruling coalition loyal to President Aleksandar Vucic ahead of April elections.

“We have neither brought them (Rio Tinto) in, nor have we made promises, nor have we done anything that the people did not know about,” Brnabic told television channel Pink, saying the government was close to accepting all requests from environmentalists.

“We have worked in a transparent way, we have listened to the people,” Brnabic said, adding the government needed to see how much it would have to pay out if the deal is annulled.

Brnabic also said the government wanted to win agreement for any decision from President Aleksandar Vucic, who she said was against the fulfilling of “requests by foreign services and agencies”.

Vucic has repeatedly said that opening the mine would depend on the outcome of an environmental study and a referendum.

The protesters who blocked roads including in the capital Belgrade want the government to ban the extraction of lithium not only by Rio Tinto but any other company.