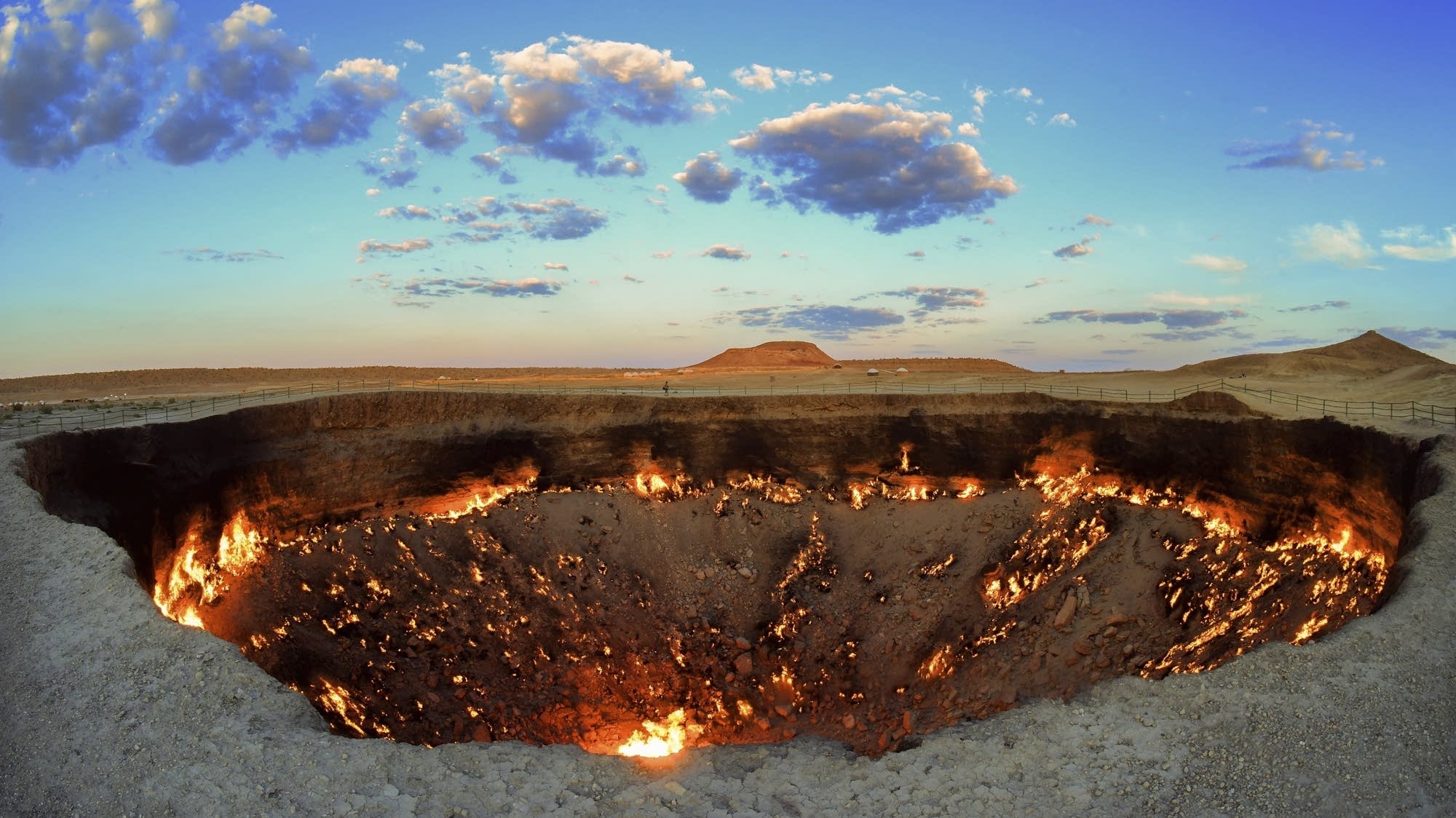 The president of Turkmenistan is calling for an end to one of the country’s most notable but infernal sights — the blazing natural gas crater widely referred to as the “Gates of Hell.”

The desert crater located about 160 miles north of the capital, Ashgabat, has burned for decades and is a popular sight for the small number of tourists who come to Turkmenistan, a country which is difficult to enter.

The Turkmen news site Turkmenportal said a 1971 gas-drilling collapse formed the crater, which is about 190 feet in diameter and 70 feet deep. To prevent the spread of gas, geologists set a fire, expecting the gas to burn off in a few weeks.

The spectacular if unwelcome fire that has burned ever since is so renowned that state TV showed President Gurbanguly Berdymukhamedov speeding around it in an off-road truck in 2019.

But Berdymukhamedov has ordered his government to look for ways to put the fire out because it is causing ecological damage and affecting the health of people living in the area, state newspaper Neitralny Turkmenistan reported Saturday.

You make MPR News possible. Individual donations are behind the clarity in coverage from our reporters across the state, stories that connect us, and conversations that provide perspectives. Help ensure MPR remains a resource that brings Minnesotans together.

Donate today. A gift of $17 makes a difference.