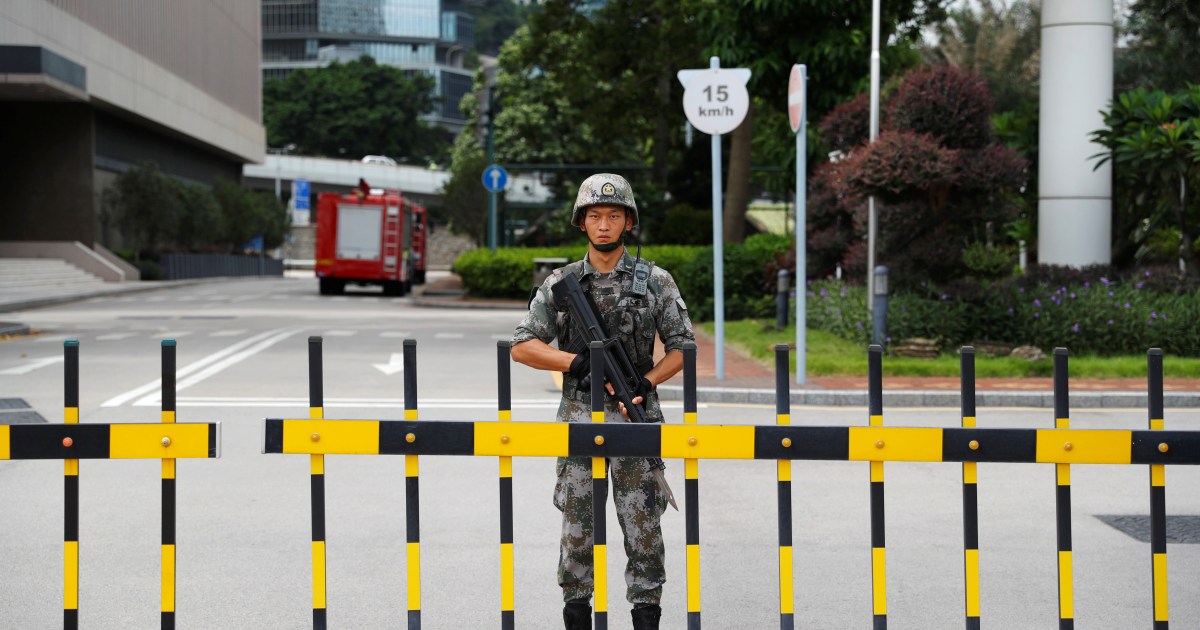 Peng Jingtang will take up the position in Hong Kong after a stint as the deputy chief of staff at the People’s Armed Police.

Peng, who holds the rank of major general, was previously the deputy chief of staff of China’s paramilitary police force, the People’s Armed Police. His appointment was signed by Chinese President Xi Jinping, CCTV said.

According to the party-run Global Times, a nationalist tabloid, Peng was previously also chief of staff of the Armed Police Force in Xinjiang, where the United Nations, the United States and others say China has detained at least one million people from the Uighur ethnic minority. China denies any abuses in the far western region and says the camps are skills training centres and necessary to counter “extremism”

The PLA maintains a garrison in Hong Kong, but has kept a low profile.

CCTV quoted Peng as saying that he would work with all members of the garrison to follow the command of the ruling Communist Party and Xi, and resolutely defend national sovereignty and security interests. Under the territory’s mini-constitution, the Basic Law, defence and foreign affairs are managed by Communist Party leaders in Beijing.

Hong Kong was returned to Chinese rule in 1997 with Beijing promising that it would respect the rights and freedoms enjoyed by the territory – and unknown on the mainland – for at least 50 years.

Critics say China has failed to keep that pledge, noting that freedoms have been eroded, particularly since the imposition of the national security law in June 2020, following pro-democracy protests the previous year that sometimes turned violent.

Dozens of elected politicians and activists have been arrested since the law came into force while others have fled into exile. Beijing has also moved to overhaul Hong Kong’s electoral system in a move it said was necessary to ensure only “patriots” were able to hold office.