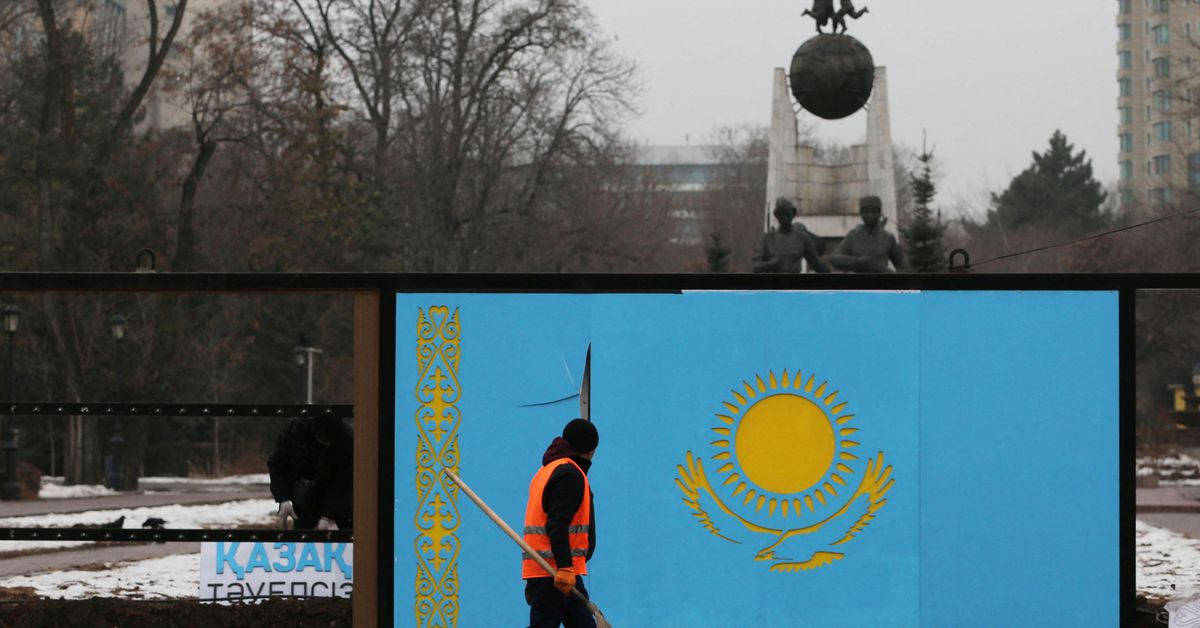 Wang Yi, who is also a state councillor, made the comments in a call to Kazakhstan’s foreign minister Mukhtar Tileuberdi, according to the Chinese foreign ministry.

“Recent turmoil in Kazakhstan shows that the situation in Central Asia is still facing severe challenges, and it once again proves that some external forces do not want peace and tranquillity in our region,” the ministry quoted Wang telling Tileuberdi.

Government buildings in Kazakhstan were briefly captured or torched in several cities last week as initially peaceful protests against fuel price increases turned violent. Troops were ordered to shoot to kill to put down a countrywide uprising.

Authorities have blamed the violence on “extremists”, including foreign-trained Islamist militants, for the violence.

Authorities also asked a Russian-led military bloc to send in troops, who the government says have been deployed to guard strategic sites, a move questioned by United States.

Experts say China worries instability in its neighbour could threaten energy imports and Belt-and-Road projects there, and security in its western Xinjiang region, which shares a 1,770-km (1,110-mile) border with Kazakhstan.

China was willing to “jointly oppose the interference and infiltration of any external forces”, said Wang.

China and Russia believe “colour revolutions” are uprisings instigated by the United States and other Western powers to achieve regime change.

“China does not want to see an expansion of U.S. influence in Kazakhstan and Central Asia as a result of this unrest,” said Li Mingjiang, associate professor at the S. Rajaratnam School of International Studies in Singapore.

“If a colour revolution in a nearby country leads to political democratisation, it could encourage the liberal-leaning intellectual elite in China to try something similar,” he said.

Since the Vietnam War in the 1960s, China traditionally does not send troops to other countries, citing its policy of non-interference, except under the United Nations Peacekeeping banner.

Last month it sent six police officers to the Solomon Islands to help train the police force and quell the riots sparked by the country’s 2019 switch of diplomatic relations to Beijing from Taiwan.