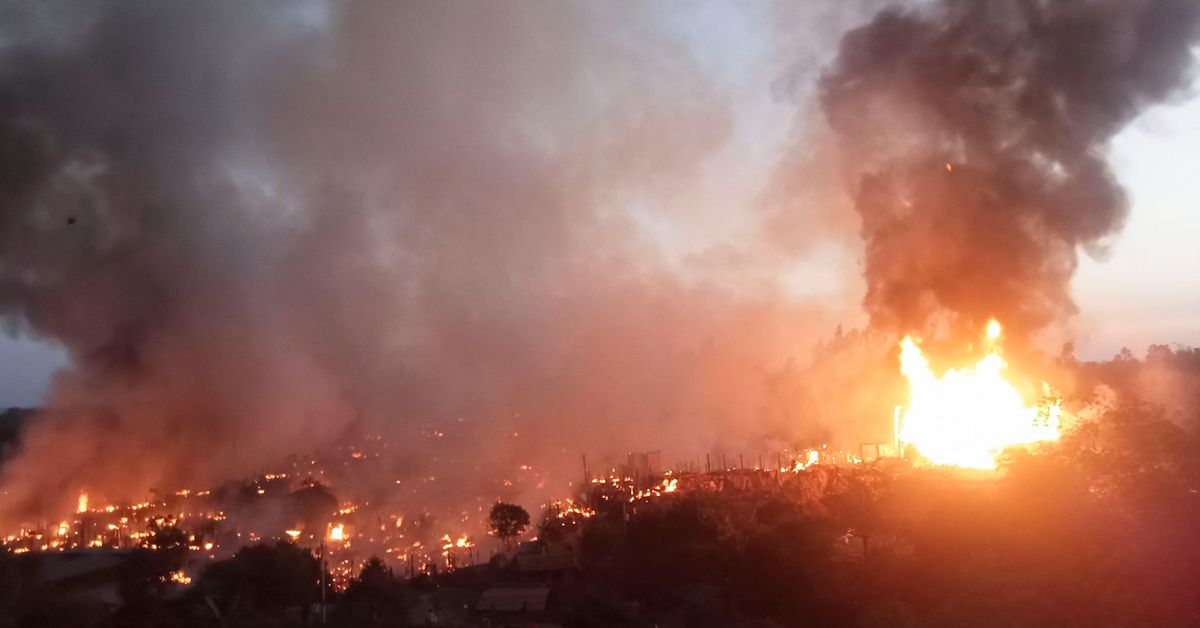 Jan 9 (Reuters) – A fire swept through a Rohingya refugee camp in southeastern Bangladesh on Sunday, destroying hundreds of homes, according to officials and witnesses, though there were no immediate reports of casualties.

The blaze hit Camp 16 in Cox’s Bazar, a border district where than a million Rohingya refugees live, with most having fled a military-led crackdown in Myanmar in 2017.

Mohammed Shamsud Douza, a Bangladesh government official in charge of refugees, said emergency workers had brought the fire under control. The cause of the blaze has not been established, he added.

A general view of the fire that broke out at the Balukhali rohingya refugee camp in Cox’s Bazar, Bangladesh, January 9, 2022. REUTERS/Stringer NO RESALES. NO ARCHIVES

“Everything is gone. Many are without homes,” said Abu Taher, a Rohingya refugee.

Another blaze tore through a COVID-19 treatment centre for refugees in another refugee camp in the district last Sunday, causing no casualties.

A devastating fire last March swept through the world’s biggest refugee settlement in Cox’s Bazar, killing at least 15 refugees and burned down more than 10,000 shanties.