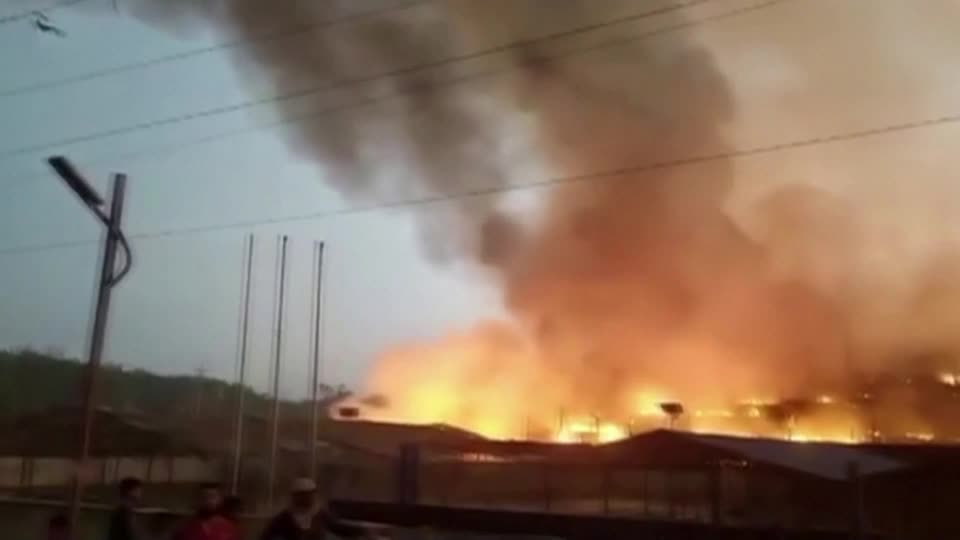 The blaze hit Camp 16 in Cox’s Bazar, a border district where than a million Rohingya refugees live, with most having fled a military-led crackdown in Myanmar in 2017.

Mohammed Shamsud Douza, a Bangladesh government official in charge of refugees, said emergency workers had brought the fire under control.

The cause of the blaze has not been established, he added.