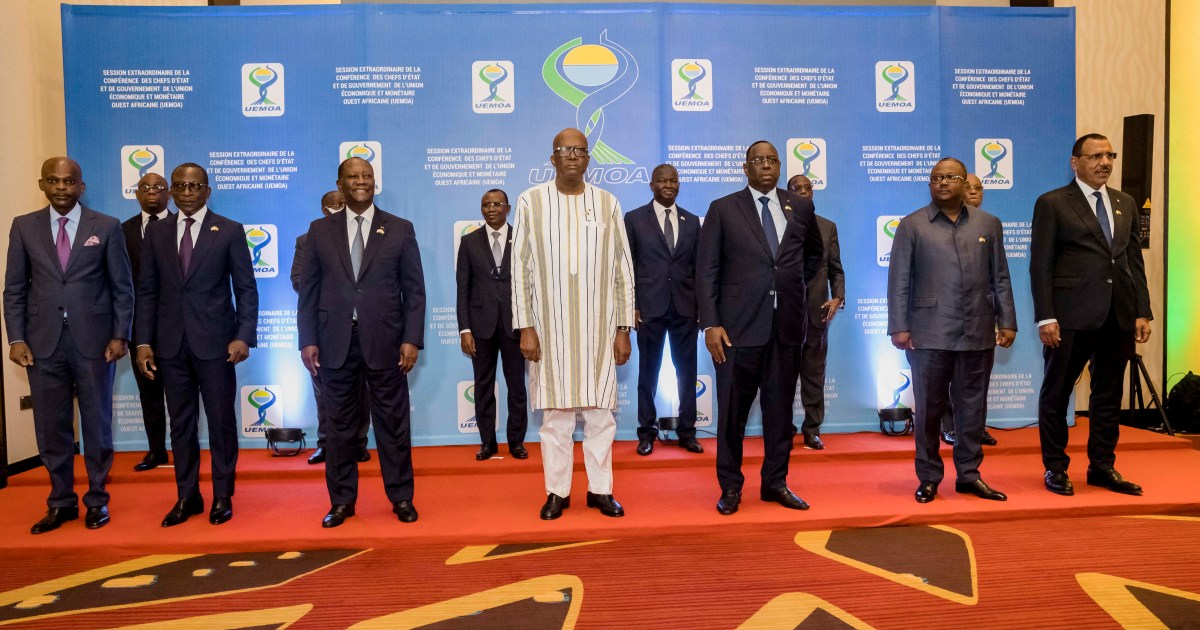 Mali’s military-dominated government has “strongly” condemned “illegal” sanctions imposed on the country by the Economic Community of West African States (ECOWAS), adding that it has closed its land borders “with the states concerned”.

On Sunday, ECOWAS and the West African Economic and Monetary Union (UEMOA) imposed a raft of economic and diplomatic sanctions in response to Malian military leaders’ desire to push back elections until 2025.

Military spokesman Colonel Abdoulaye Maiga said in a televised statement on Monday that “the government of Mali strongly condemns these illegal and illegitimate sanctions”.

“On the basis of reciprocity, Mali has decided to recall its ambassadors and close its land and air borders with the states concerned,” he added.

The meeting in Ghana of regional leaders followed months of increasing tensions over the timetable for restoring civilian rule in Mali after two coups and a military takeover.

Under threat of sanctions, Goita subsequently promised to restore civilian rule in February 2022 after holding presidential and legislative elections.

But he staged a de facto second coup last May, forcing out an interim civilian government. The move disrupted the reform timetable and was met with widespread diplomatic condemnation.

ECOWAS insisted that Mali hold elections in February. But the government then said it would only set an election date after holding a nationwide conference – arguing a peaceful vote was more important than speed.

The government suggested that a transition could take anywhere between six and five years.

On Sunday, ECOWAS said it found the proposed timetable for a transition totally unacceptable.

This timetable “simply means that an illegitimate military transition government will take the Malian people hostage”, it said.

The 15-member bloc said it had agreed to impose additional sanctions with immediate effect, including the closure of members’ land and air borders with Mali, the suspension of non-essential financial transactions, and the freezing of Malian state assets in ECOWAS central and commercial banks.

In its statement on Monday, Bamako accused ECOWAS and UEMOA of being “exploited by extra-regional powers with ulterior motives”, an apparent reference to Mali’s partners engaged militarily in the Sahel such as France.

Mali’s transitional government said it “deplores the inhuman nature of these measures which affect populations already severely affected by the security crisis and the health crisis”.

Faced with the West African embargo, the government said it had made arrangements to ensure normal supplies “by all appropriate means” and called on the population to remain calm.