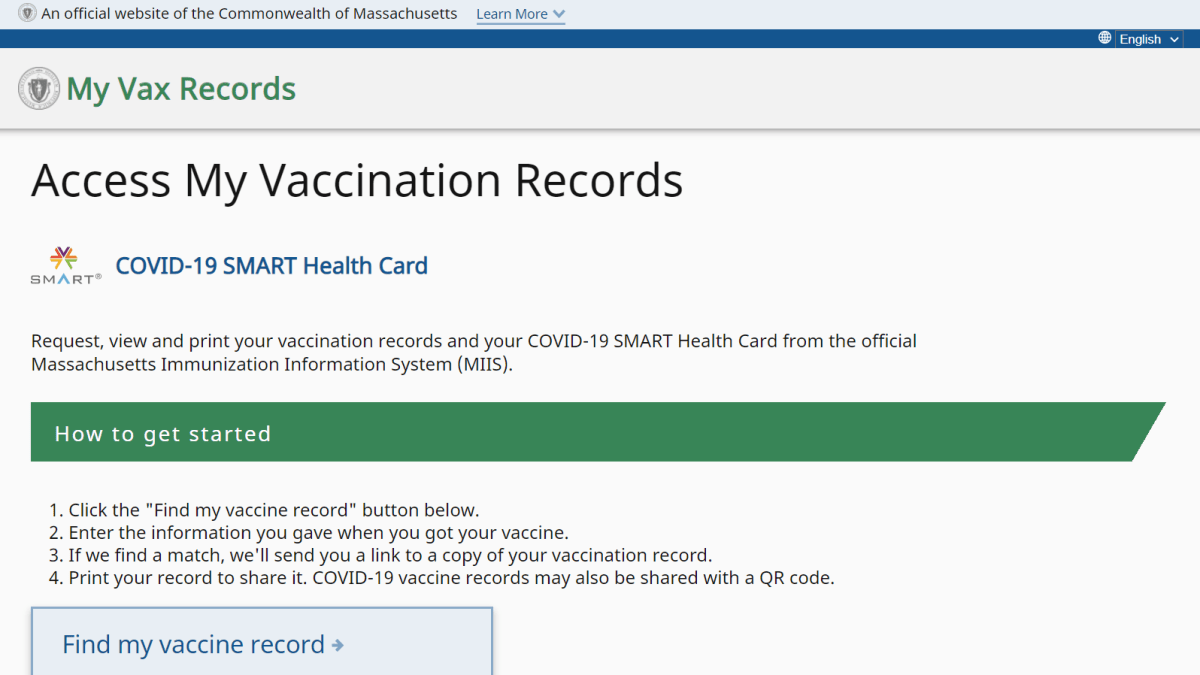 My Vax Records, as the tool is called, lets people see their vaccination history and pull up a card that’s similar to the paper CDC cards that have been given out when people are vaccinated.

The tool’s announcement does not mean there is a vaccination mandate in Massachusetts. The Baker administration is not requiring anyone to show their My Vax Records to get into any place, the tool is simply there to help residents who want to show their vaccination history, officials say.

Users of the website can enter their information and can expect to get a response within a day, administration officials say. When it’s ready, they’ll get a text message with a link to their record and a smart health card, with a QR code that can be saved to apps like the Apple Wallet or by taking a screenshot.

The vaccine card sent by the state shows the user’s name, birth date and the vaccination dates doses they received.

The system is run by the SMART Health Card open-source platform off of data provided in the Massachusetts Immunization Information System. Among the states already using the system are New York and Rhode Island.

Officials noted that some people may not be able to find their records, in part or in whole, right away. That could be because their vaccine record isn’t associated with their phone or email. They can contact their health care provider or the Massachusetts Immunization Information System to update the records.