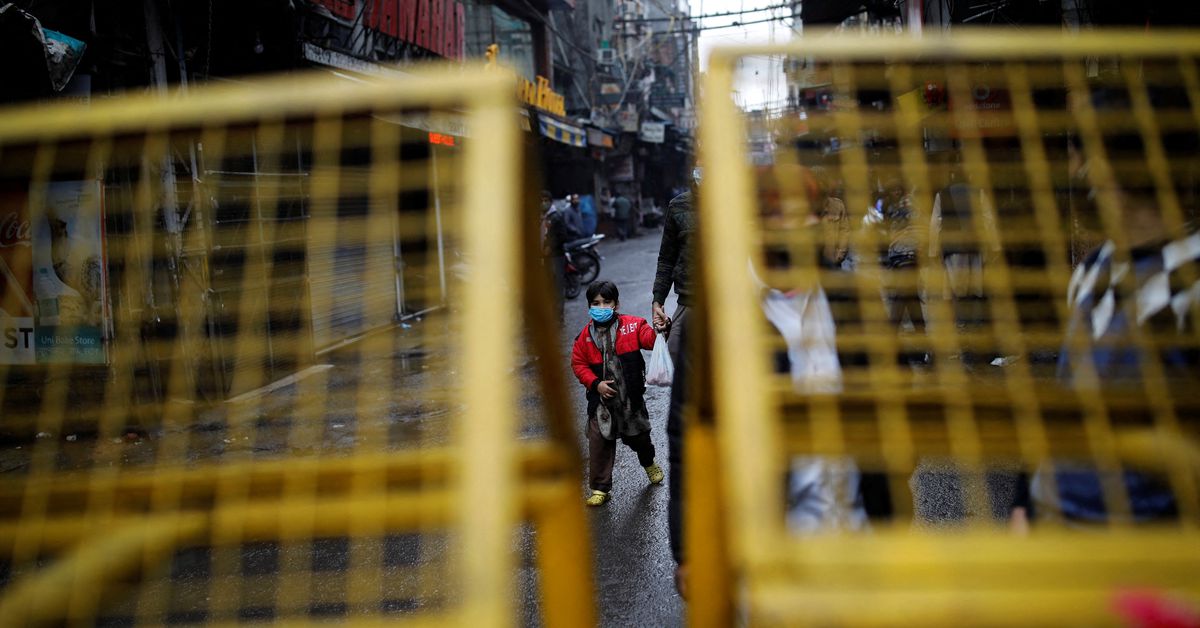 NEW DELHI, Jan 10 (Reuters) – More than 1 million Indians received their third COVID-19 vaccine dose on Monday as the country rolled out boosters for frontline workers and vulnerable elderly, with the Omicron variant fuelling an eight-fold rise in infections in 10 days.

The health ministry said only 5% to 10% of the infected have sought hospitalisation, compared with 20% to 23% during the Delta-driven last wave that peaked in May. Authorities say most people have shown no or only minor symptoms and have recovered quickly at home.

“The situation is dynamic and evolving, therefore, the need for hospitalisation may also change rapidly,” Health Secretary Rajesh Bhushan wrote in a letter to state authorities asking them to regularly review staffing levels.

Experts say high levels of natural infection during the previous wave and vaccinations are expected to lessen the severity of the disease in the ongoing surge. read more

The Indian Council of Medical Research on Monday advised states that there was no need for them to test contacts of confirmed COVID-19 patients unless such people were deemed high-risk due to old age or other health conditions.

India reported 179,723 new cases on Monday, many of them in its biggest cities of Delhi, Mumbai and Kolkata, where the fast-spreading Omicron variant has overtaken Delta as the most prevalent strain of the virus.

There were 146 deaths reported on Monday, bringing the toll to 483,936 since the pandemic began in early 2020. Only the United States and Brazil have recorded more deaths.

In recent days, hundreds of healthcare and other front-line workers including police have contracted the virus, and there were media reports that hundreds of parliamentary staff have also tested positive ahead of a budget session on Feb. 1.

Facing a third wave of infections, the government sent booster reminders to more than 10 million people who took their second dose of the Covaxin or Covishield shot nine months ago.

Unlike many countries, India is not mixing and matching vaccines.

Only healthcare personnel, other front-line workers and people over the age of 60 and suffering from other health conditions are eligible for what the government calls a “precaution dose”.

Despite the increase in infections, five states including the most populous of Uttar Pradesh will hold state assembly elections starting on Feb. 10, though authorities have barred political rallies until the middle of this month. read more

Tasked with protecting India’s near 1.4 billion people from the virus, the government has administered more than 1.5 billion vaccine doses in total. About 68% of the country’s 939 million adults have been double vaccinated.

India’s overall COVID-19 testing level has remained at about 1.5 million a day, well below the capacity of more than 2 million.

Since the pandemic began, India has recorded 35.7 million cases of COVID-19, the highest in the world after the United States.

Government officials have privately said they are working under the assumption that daily infections will surpass the record of more than 414,000 set in May, based on what has happened in countries like the United States, where daily cases have risen past 1 million. read more