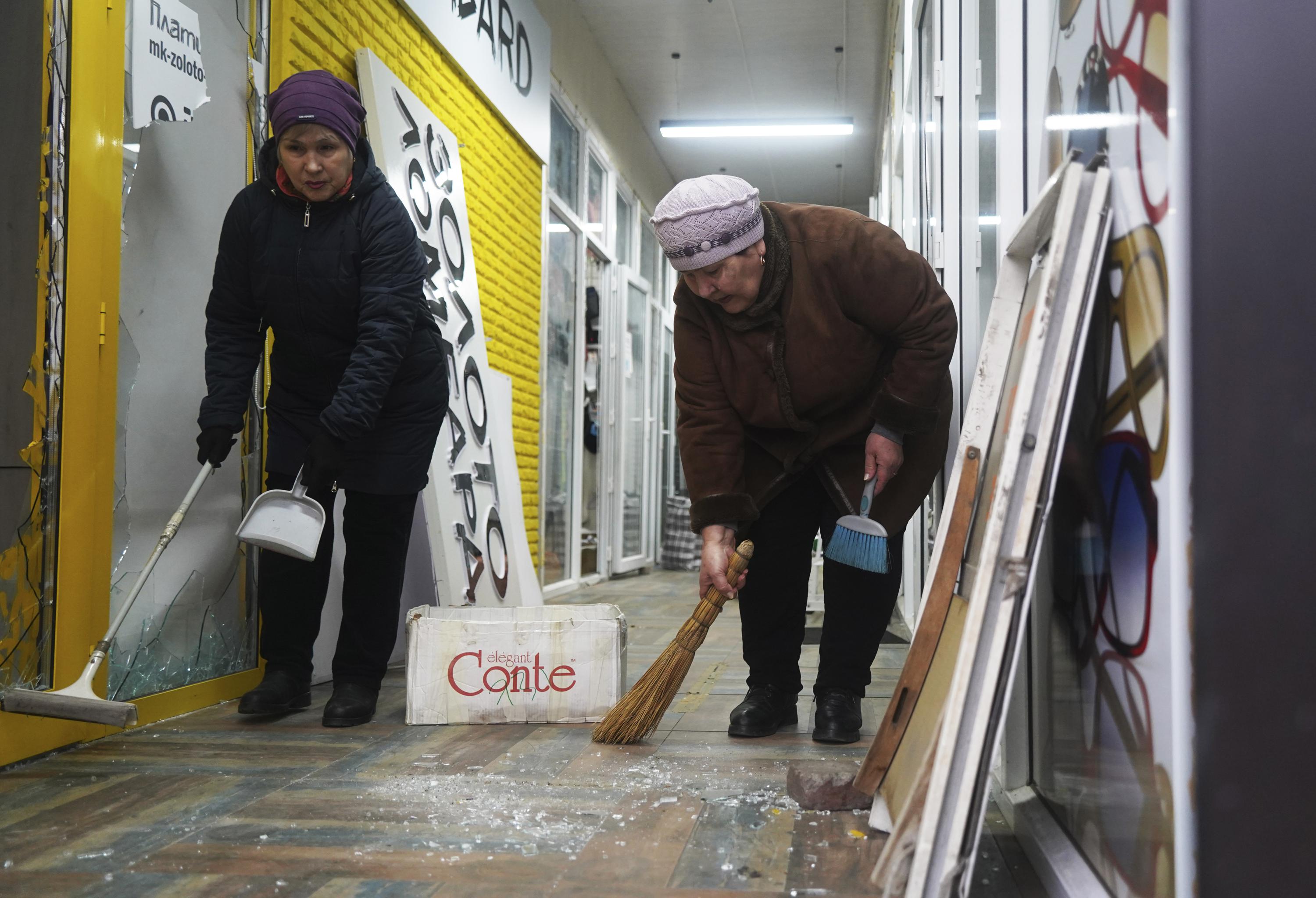 MOSCOW (AP) — The authorities in Kazakhstan said Monday that nearly 8,000 people were detained by police during protests that descended into violence last week and marked the worst unrest the former Soviet nation has faced since gaining independence 30 years ago.

Kazakhstan’s Interior Ministry reported that a total of 7,939 people have been detained across the country. The National Security Committee, Kazakhstan’s counterintelligence and anti-terrorism agency, said Monday that the situation in the country has “stabilized and is under control.”

The authorities have declared Monday a day of mourning for dozens of victims of the unprecedentedly violent unrest. The country’s Health Ministry said Sunday that 164 people, including three children, were killed in the unrest.

The demonstrations began on Jan. 2 over a near-doubling of prices for a type of vehicle fuel and quickly spread across the country, apparently reflecting wider discontent with the authoritarian government.

In a concession, the government announced a 180-day price cap on vehicle fuel and a moratorium on utility rate increases. As the unrest mounted, the ministerial cabinet resigned and President Kassym-Jomart Tokayev replaced Nursultan Nazarbayev, former longtime leader of Kazakhstan, as head of the National Security Council.

One of the main slogans of the past week’s protests, “Old man out,” was a reference to Nazarbayev, who served as president from Kazakhstan’s independence until he resigned in 2019 and anointed Tokayev as his successor. Nazarbayev had retained substantial power at the helm of the National Security Council.

Despite the concessions, the protests turned extremely violent for several days, with government buildings set ablaze and dozens of people killed. In Almaty, Kazakhstan’s largest city, the protesters stormed and briefly seized the airport. For several days, sporadic gunfire was reported in the city streets.

The authorities declared a state of emergency over the unrest, and Tokayev requested help from the Collective Security Treaty Organization, a Russia-led military alliance of six former Soviet states. The group has authorized sending about 2,500 mostly Russian troops to Kazakhstan as peacekeepers.

Tokayev has said the demonstrations were instigated by “terrorists” with foreign backing, although the protests have shown no obvious leaders or organization. On Friday, he said he ordered police and the military to shoot to kill “terrorists” involved in the violence.

In a statement on Monday morning, Kazakhstan’s Foreign Ministry said that peaceful protests throughout the country “were hijacked by terrorist, extremist and criminal groups.”

“According to preliminary data, the attackers include individuals who have military combat zone experience in the ranks of radical Islamist groups. Currently, the law enforcement agencies and armed forces of Kazakhstan are confronting terrorists, not ‘peaceful protesters’ as some foreign media misrepresent it,” the statement said.

The National Security Committee said Monday that “hotspots of terrorist threats” in the country have been “neutralized.”