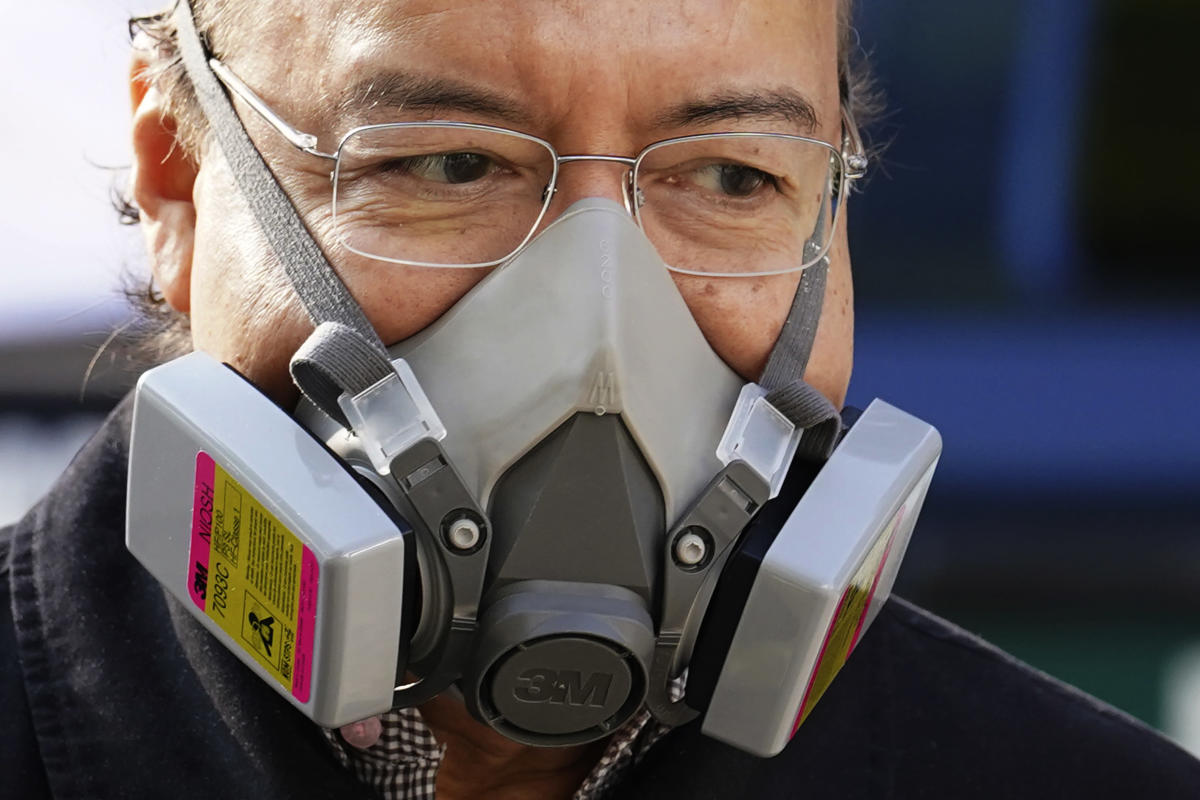 The number of confirmed cases in Mexico spiked by 186% last week.

López Obrador claimed the Omicron variant is “a little COVID,” noting hospitalizations and deaths had not increased at the same rate. However, experts say those are both lagging indicators that may not show up for weeks after infections spike.

Reading advice posted on Twitter, the president said Mexicans with symptoms should just stay at home, take paracetamol and isolate, rather than going out and trying to find tests.

Since Christmas, private pharmacies and the few available testing centers have been overwhelmed by long lines. The Twitter advice drew on guidelines from Mexico City and other health authorities.

But López Obrador admitted he was a bit hoarse Monday and said he personally would get a test later. “I think it is a cold,” he said.

López Obrador’s administration has long refused to implement mass testing, calling it a waste of money. He called on companies not to require COVID tests for employees.

Two of the president’s cabinet secretaries, the heads of the Environment and Economy departments, announced they had tested positive in recent days.

Mexico passed 300,000 test-confirmed coronavirus deaths last week, but so little testing is done in the country of 126 million that a government review of death certificates puts the real toll at almost 460,000.

The virus spike was largely responsible for the cancelation of 260 flights between Jan. 6 and Jan. 10, the president said, as airline employees got infected and had to isolate, causing staff shortages.

José Merino, the head of Mexico City’s Digital Innovation Agency, said the capital had the same number of Covid cases as the peak of January 2020, but only 6% as many people hospitalized. he wrote in his Twitter account that 70% of those hospitalized were not vaccinated.