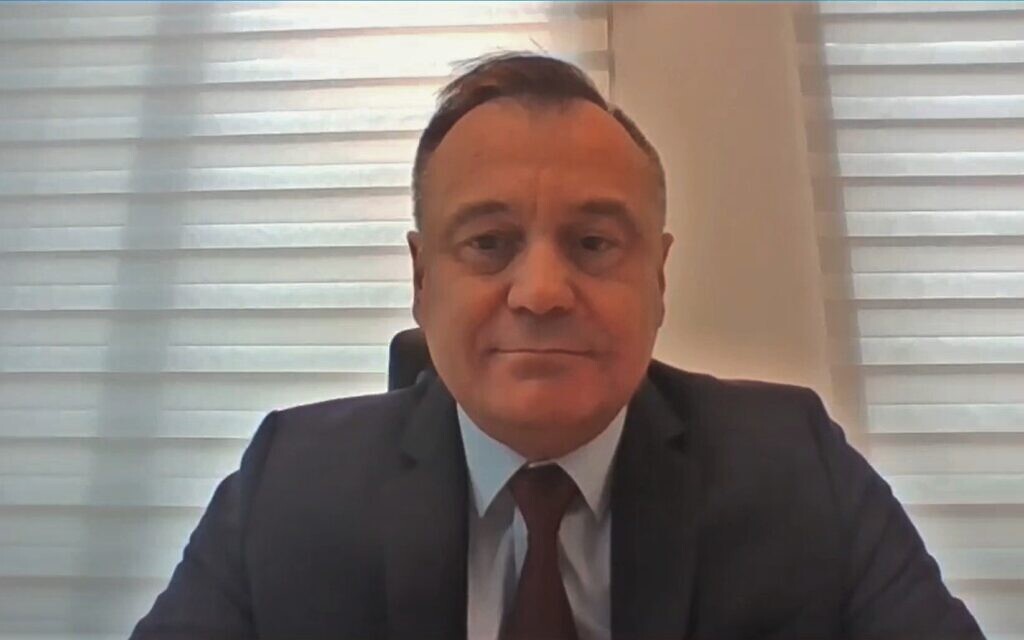 WARSAW, Poland — A Polish diplomat charged with improving contacts with Jews worldwide has been fired after he criticized his own government’s approach to regulating Holocaust speech, the Foreign Ministry said Monday.

Jaroslaw Nowak, the plenipotentiary for contacts with the Jewish diaspora, described a Holocaust speech law passed by his country’s ruling party as “stupid,” in an interview last week with Jewish News, a weekly newspaper published in the UK.

Nowak also said Poland should pass a law on property restitution, a statement implying further criticism of the ruling authorities, who recently passed a law cutting off the chances for restitution or compensation for those who had properties seized by the communists. Among those affected are Holocaust survivors and their heirs.

This law has led to a crisis in ties with Israel, whose leaders have sharply criticized the legislation.

Nowak said he believed that Poland would at some point “have to do something about” restitution.

The development comes days after Poland recalled its new ambassador to Prague after that diplomat criticized his own country in an interview — in that case, in relation to Poland’s approach to a dispute with the Czech Republic over a state-run coal mine. Ambassador Miroslaw Jasinski spoke of “arrogance” on the Polish side, something the government spokesman called “extremely irresponsible.”

Nowak’s dismissal followed him telling Jewish News that he believed legislation passed in 2018 seeking to ban certain statements about Poland and the Holocaust “is one of the stupidest amendments that was ever done by any law.”

The legislation sought to fight  claims that Poland, a victim of Nazi Germany, bore responsibility for the Holocaust. The law outraged Israel, where many felt it was an attempt to whitewash the fact that some Poles did kill Jews during the German occupation during World War II.

The legislation originally called for prison terms of up to three years for falsely attributing German crimes to Poland. It was later amended to remove the criminal provisions, as part of a compromise deal with Jerusalem.

Nowak has been involved in Polish-Jewish dialogue since the 1980s. He became the plenipotentiary for contacts with the Jewish diaspora in July.

Sorgente articolo:
Polish envoy to Jews fired after calling Holocaust law ‘one of stupidest ever’ – The Times of Israel