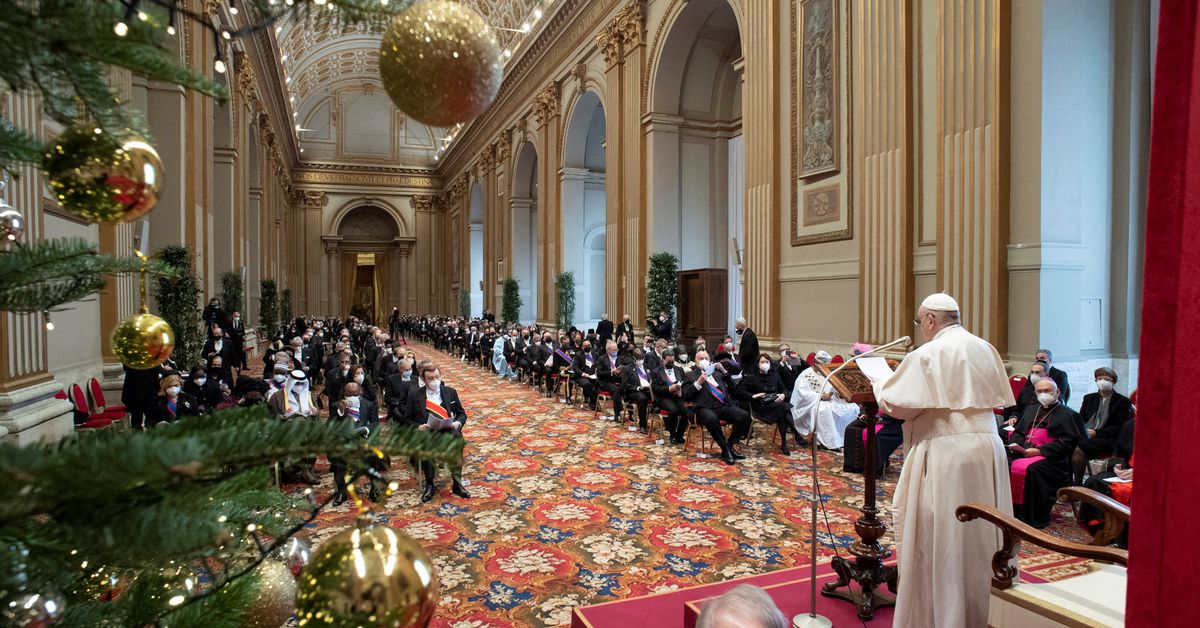 Francis made his comments in an address to diplomats, the main thrust of which was the condemnation of “baseless” ideological misinformation about COVID-19 vaccines, the backing of national immunisation campaigns and calling health care a moral obligation. read more

He spoke of the crisis of trust in multi-lateral diplomacy, which he said has led to “agendas increasingly dictated by a mindset that rejects the natural foundations of humanity and the cultural roots that constitute the identity of many peoples”.

The manual, which the Vatican saw as an attempt to cancel Europe’s Christian roots, was later withdrawn for revision.

In his remarks on Monday, Francis warned of “a form of ideological colonisation, one that leaves no room for freedom of expression and is now taking the form of the ‘cancel culture’ invading many circles and public institutions”.

He used the two words in English in the midst of a long speech in Italian. The “cancel culture” controversy is particularly sharp in English-speaking countries, such as the United States and Britain.

This risked cancelling identity “under the guise of defending diversity”, Francis said, adding that a kind of “one-track thinking” is taking shape, one constrained to deny history or, worse yet, to rewrite it in terms of present-day categories.

In the United States, there have been conflicts over the removal or decapitations of statues of historical figures such as Christopher Columbus and St. Junipero Serra.

Serra, a Spanish Franciscan, founded a chain of missions in 18th century California that were a precursor to the state’s infrastructure.

Besides the removal of statues, some have also demanded changing the names of institutions such as schools and hospitals named after the historical figures, saying they played a part in the destruction of native American cultures.

While the pope did not mention any specific cancel culture examples, he said any historical situation must be interpreted in the context of its times and not by today’s standards.