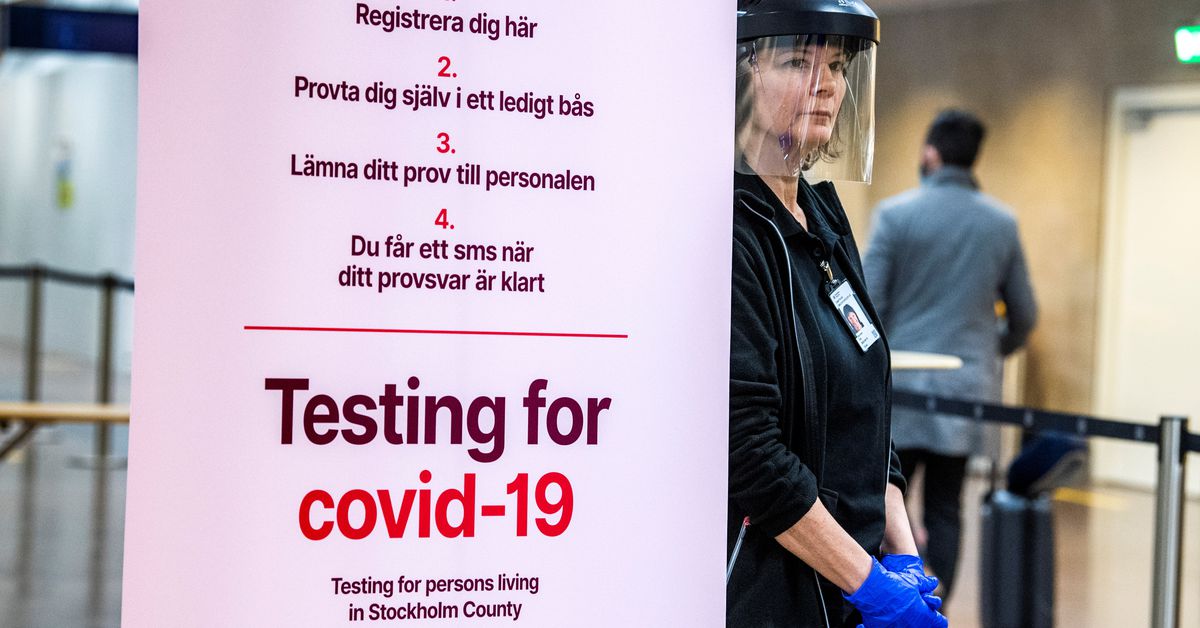 STOCKHOLM, Jan 10 (Reuters) – Sweden will introduce more measures to stem a rising number of COVID cases that have placed a greater burden on the healthcare system, Prime Minister Magdalena Andersson said on Monday.

Sweden has seen the fastest spread of COVID cases in recent weeks as the Omicron variant has surged through the country. A record 60,000 cases were detected last week, despite limited testing capabilities. read more

“The situation has deteriorated, without doubt. The level of infections in Sweden is at a historically high level,” Andersson told a news conference.

The new measures, most of which will be introduced on Wednesday, include a work-from-home mandate, where possible, and a cap on the number of people allowed at public events.

Restaurants will have to close by 11 p.m. and guests will have to be seated and in groups no greater than eight people. Adults will be asked to limit social contact in indoor settings.

The measures will be evaluated after two weeks, but are expected to be in place for at least four weeks.

Still, while infection numbers have soared, the number of COVID patients hospitalized iswell below the peaks seen in previous waves. The number of new deaths has also been comparatively low.

More than 1,000 people are being treated in hospital for COVID and roughly 100 of them are in intensive care units.

The strain on healthcare is being exacerbated by the spread by other respiratory viruses as well as staff shortages, the National Board of Health and Welfare said.

“Unfortunately, we need to make another effort to get down the number of new infections,” Andersson said.

The health agency said on Monday that the peak of the wave will come later than previously expected and that the Omicron variant made the disease harder to predict. The previous assessment was for a peak in mid-January and then a gradual decline.