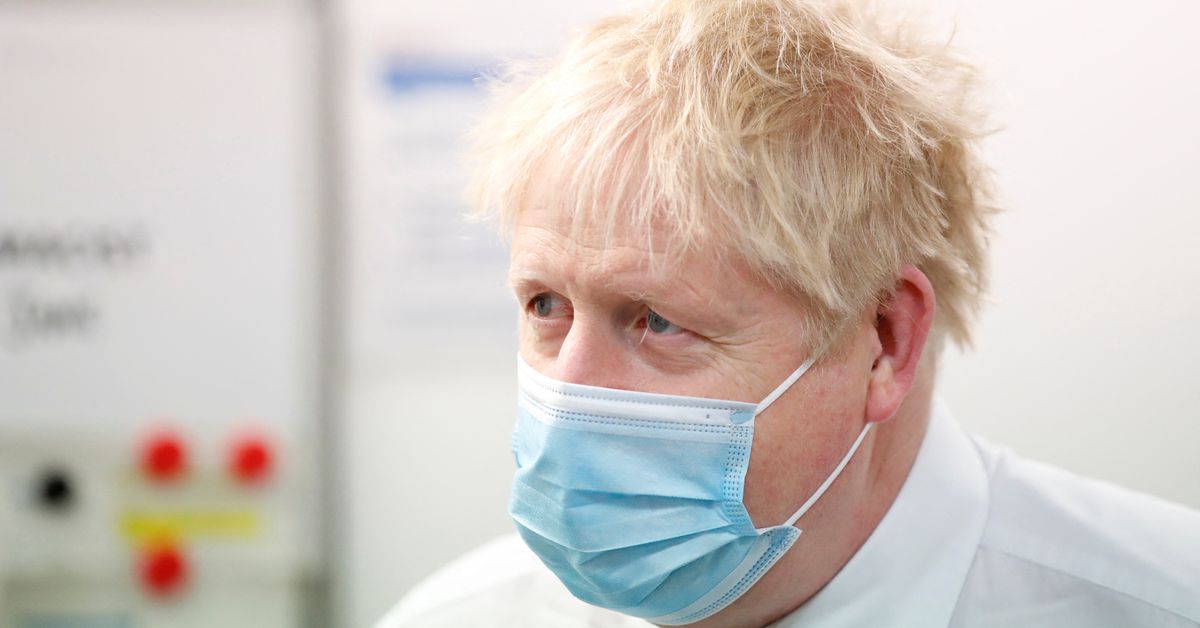 Polling company Opinium said Labour’s poll rating held at 39% in a Jan. 5-7 survey, unchanged from late December, while support for the Conservatives rose 2 percentage points to 34%. The Liberal Democrats were on 11% and the Green Party was on 5%.

Britain is not due to hold a national election until 2024. But Johnson, who in December 2019 won the Conservatives’ biggest parliamentary majority since 1987, faces an electoral test in May when municipal elections will be held across much of the country.

Backed by Conservative lawmakers for his campaigning skills, Johnson has suffered a loss of popularity in recent months due to investigations into donations to refurbish his official apartment and his officials’ apparent breaches of COVID-19 rules.

On Thursday a letter was published in which Johnson apologised to a government ethics advisor for failing to provide text messages exchanged with a party donor who was fund-raising for the renovation of Johnson’s apartment. read more

Johnson’s own net approval rating in the Opinium poll was minus 24%, up from minus 31% before Christmas but well behind Labour Party leader Keir Starmer at plus 3%.

Soaring inflation was also souring the public mood, with 86% of people saying their living costs had risen, the polling company said.

“If the phrase ‘it’s the economy, stupid’ means anything, then the government will be thinking very seriously how to alleviate the pain households are bracing themselves for this year,” Opinium research manager James Crouch said.

The Bank of England forecasts inflation will hit a 30-year high of around 6% in April when regulated household energy bills are due to rise sharply.