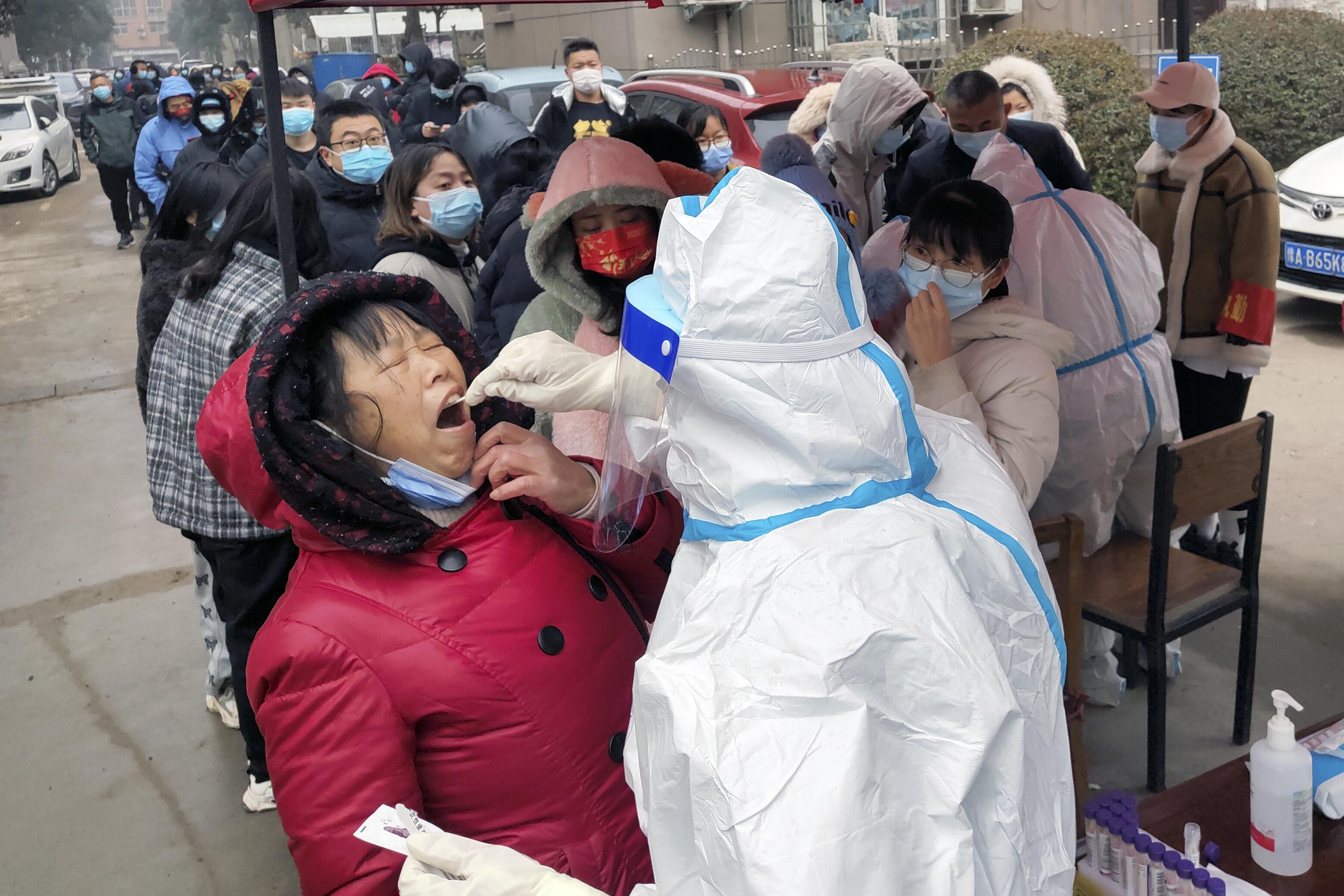 BEIJING (AP) — A third Chinese city has locked down its residents because of a COVID-19 outbreak, raising the number confined to their homes in China to about 20 million people.

The lockdown of Anyang, home to 5.5 million people, was announced late Monday after two cases of the omicron variant were reported. Residents are not allowed to go out and stores have been ordered shut except those selling necessities.

Another 13 million people have been locked down in Xi’an for nearly three weeks, and 1.1 million more in Yuzhou for more than a week. It wasn’t clear how long the lockdown of Anyang would last, as it was announced as a measure to facilitate mass testing of residents, which is standard procedure in China’s strategy of identifying and isolating infected people as quickly as possible.

The lockdowns are the broadest since the shutting down of Wuhan and most of the rest of Hubei province in early 2020 at the start of the pandemic. Since then, China’s approach has evolved into one of targeting smaller areas hit by outbreaks for lockdowns.

The approach of the Winter Olympics, which open Feb. 4 in Beijing, and the emergence of omicron have brought back citywide lockdowns in a bid to snuff out outbreaks and prevent them from spreading to other parts of China.

A Beijing Olympics official responsible for disease control, Huang Chun, said organizers are counting on the cooperation of athletes and officials to prevent an outbreak that could affect participation.

“If the mass cluster transmission happens, it will impact the Games and the schedule for sure,” Huang said. “The worst scenario, if it happens, is independent of man’s will, so we leave our options open.”

In Hong Kong, city leader Carrie Lam announced the closure of kindergartens and primary schools after infections were reported in students. Schools are to close by Friday and remain shut until at least the Lunar New Year holiday in the first week of February.

The semiautonomous Chinese city has tightened pandemic-related restrictions in recent days after discovering the omicron variant had spread beyond people arriving from overseas.

The Anyang omicron cases are believed to be linked to two other cases found Saturday in Tianjin. It appears to be the first time omicron has spread in mainland China beyond people who arrived from abroad and their immediate contacts.

Anyang is an important archeological site, the ancient capital of the Shang dynasty and where the earliest Chinese writing has been found on what are called oracle bones.

The city said that non-essential vehicles are banned from streets in a lockdown notice shared online by state media late Monday. The number of cases is still relatively low, with 58 new ones confirmed from the start of Monday to 8 a.m. Tuesday morning.

Tianjin, a major port that is less than an hour from Beijing by high-speed rail, has locked down only affected areas as it carries out mass testing. As of noon Tuesday, 97 people had tested positive in the city of 14 million people: 49 with symptoms, 15 without symptoms and 33 awaiting further verification.

Xi’an and Yuzhou are both battling the delta variant and neither has reported any omicron cases.

More than 2,000 people have been infected in Xi’an in China’s largest outbreak since the initial one in Wuhan. The ancient capital is a popular tourist stop that is home to the Terracotta Warriors ruins and also a Samsung computer chip factory.

Authorities have credited the lockdown with curtailing the spread, though it disrupted lives and emergency medical treatment for some. The city reported 13 new cases in the latest 24 hour period, down from more than a hundred a day at the peak of the outbreak.