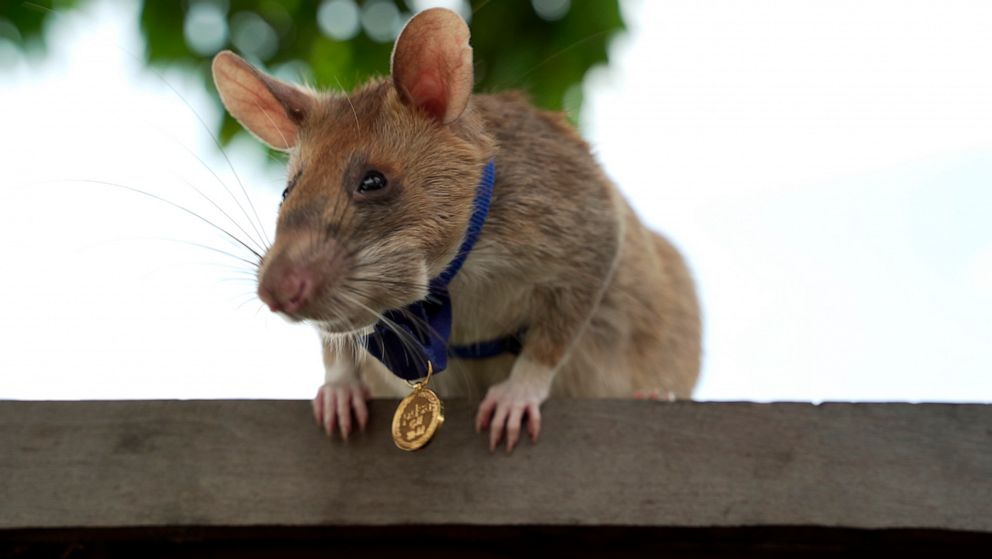 LONDON — Magawa, a rat credited with finding over 100 landmines and explosives in Cambodia, is dead at age 8.

The African giant pouched male rat was the most successful landmine detecting rat for the nonprofit APOPO — a Tanzania-based group that trains the species to detect landmines and tuberculosis — dubbing them “HeroRATs.”

Magawa won a People’s Dispensary for Sick Animals Gold Medal — the highest honor given to heroic animals by the U.K.-based veterinary charity — for his work in Cambodia in 2020. According to APOPO, Magawa “passed away peacefully this weekend,” having recently celebrated his birthday.

African giant pouched rats are larger than the average pet rat, but are not heavy enough to set off most landmines by walking over them.

With 60 million people in 59 countries affected by uncleared landmines, training animals like Magawa can improve efficiency and cut costs in a decades-long battle to clear landmines from past conflict zones, APOPO says.

“All of us at APOPO are feeling the loss of Magawa and we are grateful for the incredible work he’s done,” the nonprofit said on its website. “During his career, Magawa found over 100 landmines and other explosives, making him APOPO’s most successful HeroRAT to date. His contribution allows communities in Cambodia to live, work, and play; without fear of losing life or limb.”

Sorgente articolo:
Magawa, a rat recognized as a hero for detecting landmines, dead at 8 – ABC News