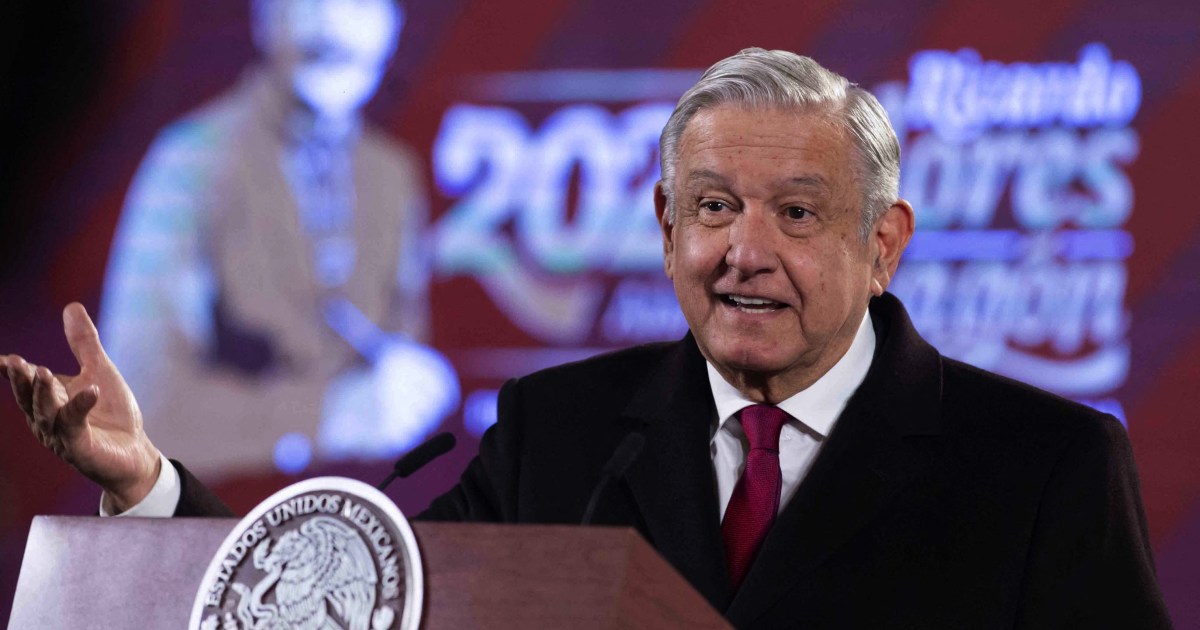 The announcement came hours after the 68-year-old president spoke to journalists during a news conference without wearing a mask.

Mexico’s President Andres Manuel Lopez Obrador has said he tested positive for the coronavirus again amid the latest wave of infections in the country fuelled by the Omicron variant.

Lopez Obrador, who overcame the first bout of COVID-19 in early 2021, announced on Monday that he had tested positive for the virus and was experiencing mild symptoms.

“I inform you that I am infected with COVID-19 and although the symptoms are mild, I will remain in isolation and will only do office work and communicate virtually until I get through it,” tweeted Lopez Obrador, who received the AstraZeneca vaccine booster shot in December last year.

The announcement came hours after the 68-year-old president spoke to journalists during a news conference without wearing a mask while complaining of congestion he said was likely the flu, prompting accusations of irresponsible behaviour.

The positive result came shortly after two of Lopez Obrador’s cabinet secretaries, the heads of the environment and economy departments, reported they had also tested positive for the virus.

Lopez Obrador has downplayed the highly contagious Omicron variant, which he has referred to as “a little COVID”, and has pointed to relatively low hospital admissions and deaths despite spiking cases that increased by 186 percent last week.

While public health experts have said the variant appears to cause milder symptoms than its predecessors, particularly for those who have been vaccinated, they have warned that increases in hospitalisations and deaths could lag behind the initial spike in infections.

Lopez Obrador’s administration, meanwhile, has largely eschewed mass testing programmes, and has instead told Mexicans to assume they have the virus if they are experiencing symptoms and self-isolate instead of trying to find tests.

He called on companies not to require COVID tests for employees.

On Friday, Mexico’s official COVID-19 death toll surpassed 300,000, the fifth highest in the world, although the actual figure is expected to be much higher due to the low rate of testing.

The country of 129 million people has reported a total of more than 4.1 million confirmed cases of the coronavirus, also considered a vast undercount of the real total.