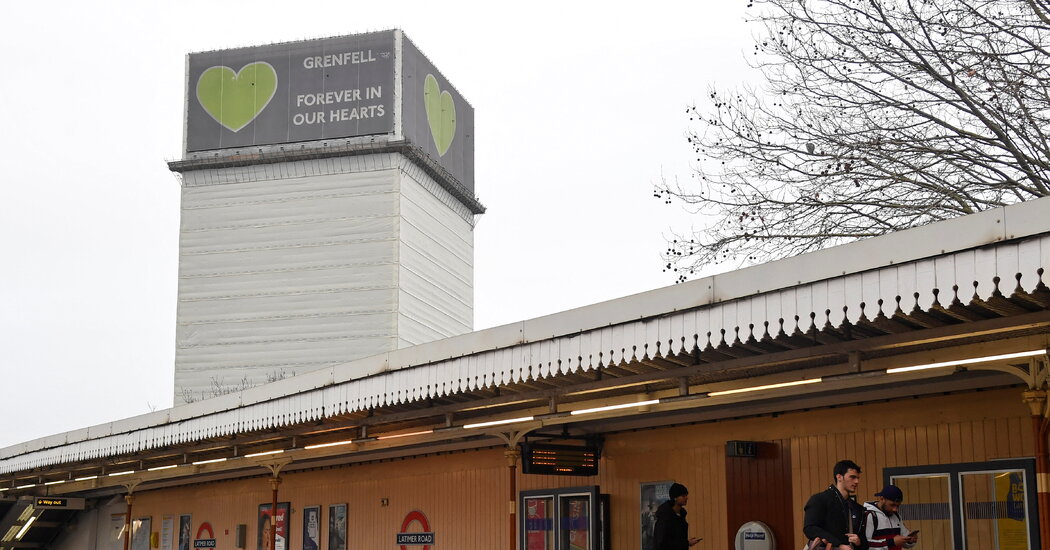 “We will give them the chance to do the right thing,” he said of the development companies. “I hope they take it. If they do not, and if necessary, we will impose a solution upon them in law.”

Opposition lawmakers, however, called into question whether the new promises will spur real change. Lisa Nandy, the opposition Labour lawmaker responsible for housing, called the announcement a “welcome shift in tone” and said that she hoped the new measures would prove fruitful.

“But the harder I look at this, the less it stands up,” she added. “We were promised justice and we were promised changes to finally do right by the victims of this scandal, but that takes more than more promises, it takes a plan.”

While many leaseholders are hopeful that the announcement could alleviate both the financial burden and psychological burden of living in unsafe buildings, many have pushed for a legally binding plan for ensuring developers shoulder these costs.

“I think most leaseholders, myself included, are kind of cautiously optimistic,” said Sophie Bichener, 29, who owns an apartment in Stevenage, about 30 miles north of London. “But, I think there are lots of details that we still don’t know.”

Ms. Bichener has been among a number of leaseholders who met with Mr. Gove in recent weeks, and she said she came out of a meeting with him just hours before the announcement feeling positive. She noted that the announcement definitely marks “a new tone from the government about the building safety crisis,” but it does not alleviate all of her concerns.

Two years ago, fire safety surveys determined that the building she lives in is unsafe and would need to be fixed. Not only is it wrapped in a potentially flammable material, but there are also a variety of other concerns. A cost of 208,000 pounds, around $280,000, was passed along to all leaseholders in her building, and they have also experienced increases in their insurance and fronted the costs for fire safety patrols.