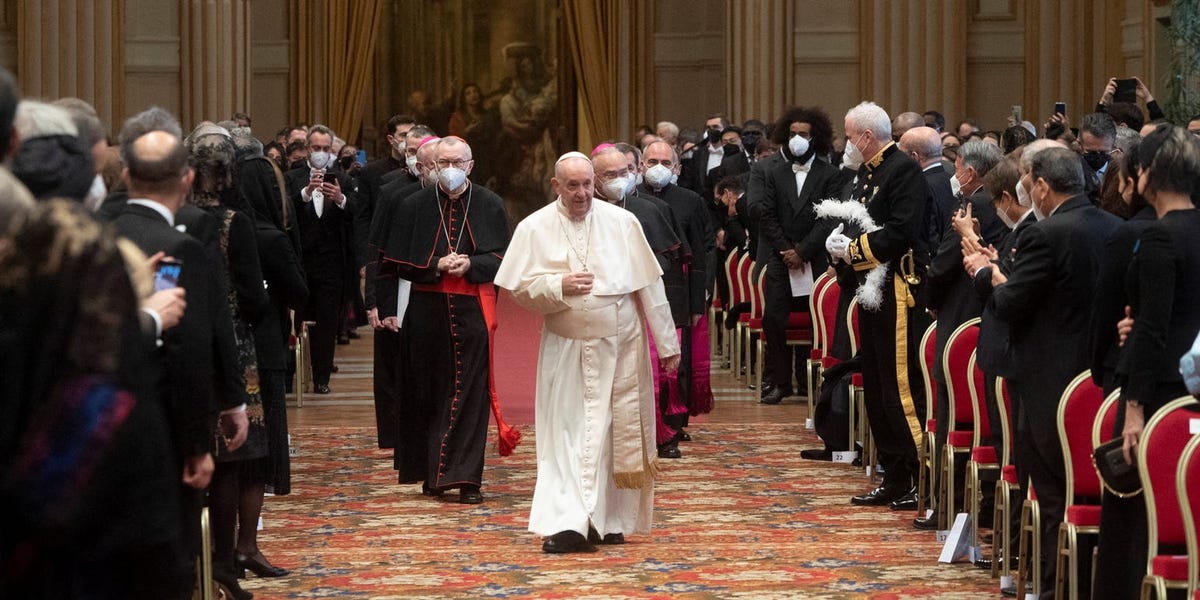 Pope Francis condemned cancel culture and called it dangerous during an address at the Vatican on Monday.

On Monday, the pope spoke before diplomats from 183 countries in an annual speech that has become known as his “state of the world” address.

In November, the European Union drafted a document that urged officials to say “holiday season” instead of “Christmas.” The document, now under revision, was viewed by some conservatives as a result of “cancel culture” and an attempt to “cancel Christmas,” The Guardian reported.

Though Pope Francis did not name any specific examples of cancel culture, he said “one-track thinking” from today’s perspectives can take away from the context of the past.

In his remarks, Francis referred to cancel culture as “a form of ideological colonization — one that leaves no room for freedom of expression.”

“Cancel culture is invading many circles and public institutions,” he said in the address. “As a result, agendas are increasingly dictated by a mindset that rejects the natural foundations of humanity and the cultural roots that constitute the identity of many people.”

He went on to say that cancel culture, “under the guise of defending diversity,” ends up “canceling all sense of identity.”

“Diplomacy is called to be truly inclusive, not canceling but cherishing the differences and sensibilities that have historically marked various peoples,” Francis added.

In his address, the pope also denounced the spread of “baseless” ideological misinformation about COVID-19 vaccines and the moral responsibility to get vaccinated.

The pope’s address comes less than a week after he said couples that opt to take care of pets over having children are self-serving and take away from “our humanity.”