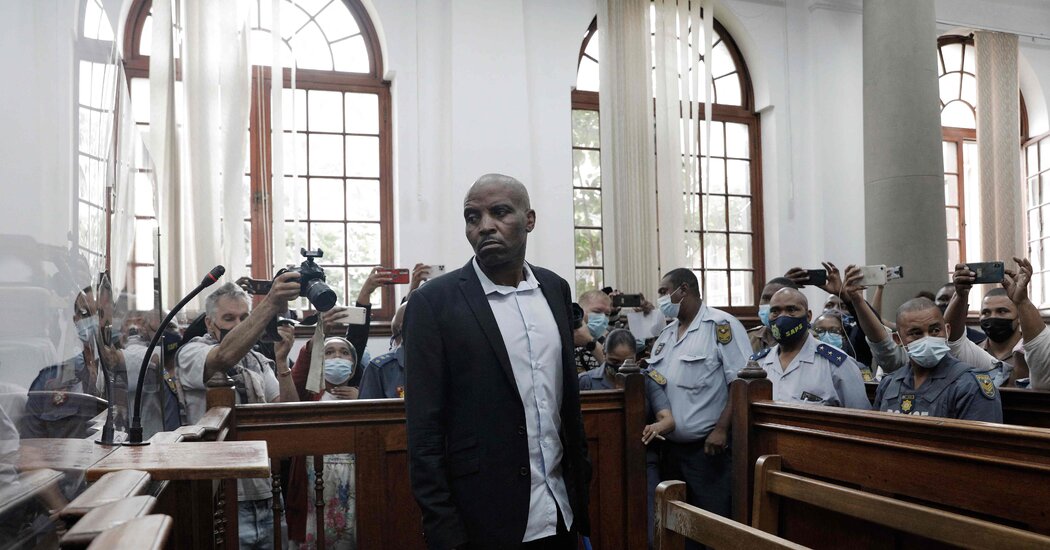 JOHANNESBURG — The man suspected of setting fire to South Africa’s Parliament buildings in Cape Town was committed to a psychiatric hospital on Tuesday to determine whether he is fit to stand trial on terrorism and other charges.

In a court hearing, prosecutors presented written testimony from the government-appointed Cape Town district surgeon who believes that the suspect, Zandile Christmas Mafe, has paranoid schizophrenia. It was the latest twist in a mystery surrounding the fire that ripped through the parliamentary complex on Jan. 2.

Mr. Mafe, 49, appeared in court clean-shaven and dressed in a black suit, a marked difference from his bedraggled appearance during an initial court hearing last week. But prosecutors said he might not be “compos mentis,” or fully sane.

“The court observed this morning, when he entered the courtroom, he turned around, he appeared to be confused,” said the prosecutor, Helene Booysen.

If Mr. Mafe is found mentally fit to stand trial, he will face charges that include terrorism, illegal possession of explosives, arson, theft and housebreaking. His legal team has previously indicated that he intends to plead not guilty.

The police said they spotted and arrested Mr. Mafe at the Parliament complex shortly after the fire was reported on Jan. 2. Prosecutors said he was caught with an explosive device, stolen laptops, documents and crockery. He is the only suspect in the destruction of the historic buildings that housed the National Assembly and the offices of lawmakers, the governing African National Congress and several opposition parties.

On Tuesday, as the judge, Zamekile Mbalo, ordered Mr. Mafe committed to a psychiatric hospital in Cape Town for 30 days, the suspect appeared visibly distressed. He shook his head from side to side, breathing heavily as he clutched his belongings in a shopping bag. His lawyers said he would go on hunger strike to protest his continued detention.

“He is not prepared to trade his liberty for food,” said Dali Mpofu, Mr. Mafe’s lawyer. His client would not accept food from a government that had neglected him in poverty, he said.

Friends have described Mr. Mafe as having been homeless and hungry after losing his job at a bread factory last year.

Speculation about the causes of the fire has been rife in South Africa, which is still on edge after riots last July that resulted in more than 300 deaths. Some critics of the government have argued that Mr. Mafe is a scapegoat for poor safety standards in the complex. A government minister has said he does not believe initial reporting describing the suspect as a vagrant.

A preliminary report from Cape Town’s fire and rescue service showed that the buildings’ sprinkler system did not activate during the blaze. It is also unclear whether the fire alarm and detection system was activated, with officials saying the damage was too extensive for them to tell.

Mr. Mafe’s lawyer, Mr. Mpofu, a former anti-apartheid activist and now a prominent member of an opposition party, has a reputation for taking on politicized cases. He defended a group of veterans accused of briefly holding the defense minister hostage during a meeting over unpaid benefits. Mr. Mpofu is also a lawyer for Jacob Zuma, the former president, appearing on his behalf to appeal his arrest on contempt of court charges last year.

Mr. Mafe’s court appearance took place days after another man was arrested in Johannesburg and accused of smashing the windows of South Africa’s constitutional court. The man gave no reason and has refused bail, but the timing of the episode just after the fire, and coinciding with the publication of a wide-reaching report on corruption, has only raised public suspicions about the incidents.