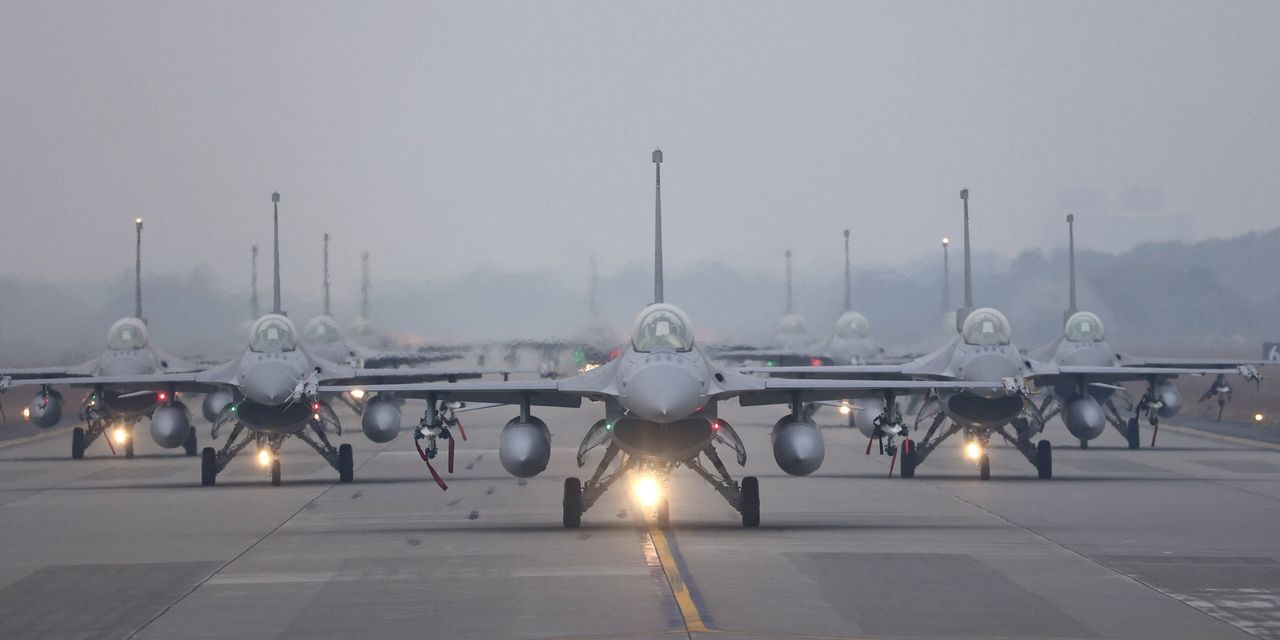 TAIPEI—A Taiwanese pilot is missing after his jet fighter plunged into the sea while on a training mission, the second major incident involving a Taiwanese military aircraft during the past year and sixth since the start of 2020.

The Taiwan Air Force said Tuesday it lost contact with a single-seat F-16 jet fighter off the island’s coast at around 3:23 p.m. local time, roughly half an hour after it took off on a training mission from an airfield in the southwestern county of Chiayi.

The air force didn’t receive a mayday call from the jet’s pilot, Capt. Chen Yi, and there was no sign of a parachute as the plane banked sharply before falling into the Taiwan Strait at high speed, Maj. Gen. Liu Hui-chien, an air force inspector general, said at a news conference Tuesday evening.

“As it’s now edging into night, the search and rescue situation is quite challenging,” Maj. Gen. Liu said, adding that rough seas have further complicated rescue efforts. “We’re hoping for a miracle.”

Taiwan President Tsai Ing-wen said rescuing the lost pilot should be the military’s top priority and ordered an investigation into the incident, according to spokesman Chang Tun-han.

The incident comes as Taiwan’s military confronts intensifying pressure from China’s People’s Liberation Army. Beijing, which sees Taiwan as a part of China and has vowed to take control of it by force if necessary, has sent more than 900 military aircraft on sorties near the democratically self-ruled island in the past year.

Taiwan describes the sorties and other military moves by China in the region as a form of “gray zone” warfare, designed to probe and exhaust the island’s defenses while discouraging Taipei from tightening ties with Washington and other democratic capitals.

Military analysts praise Taiwan’s pilots as being among the world’s best but say the constant incursions by China’s PLA threaten to wear them down. One Taiwanese F-16 pilot told reporters during military drills last week that the island’s air force operates 24 hours a day, often requiring pilots to take off in the middle of the night or early in the morning to intercept Chinese aircraft.

Capt. Chen, the missing pilot, joined the air force in March 2020 and had accumulated a total flight time of nearly 322 hours, including more than 60 hours in a F-16, Maj. Gen. Liu said.

The Taiwan Air Force has suffered a string of incidents during the past two years, several of them deadly. Two F-5E fighter pilots were killed during a training mission in March. A top-ranking Taiwanese military officer, Shen Yi-ming, was among eight personnel killed in a helicopter crash in January 2020. At least four other pilots have been killed or gone missing in other recent incidents.

Tuesday’s crash is the first involving one of Taiwan’s recently upgraded fleet of F-16V aircraft. The air force has grounded all F-16s for now, according to Maj. Gen. Liu. He said the lost plane had sustained minor damage in a nonfatal accident in September, when its landing gear was mistakenly retracted, but didn’t have a history of major incidents.

Media were invited to view the F-16V jet fighters at the Chiayi airfield last week, part of a three-day series of exercises staged by Taiwan’s army, air force and navy aimed at discouraging China from considering an invasion.

Taiwan’s military has been dogged by questions about its readiness in the face of a Chinese attack. American military advisers and analysts say the island needs to shift spending from expensive weapons systems like F-16s to less flashy options like sea mines and coastal cruise missiles that would better deter an amphibious landing force.

Taipei says it is determined to improve its self-defense capabilities, including through a nearly $9 billion special military spending package that was approved by lawmakers Tuesday.

Write to Joyu Wang at joyu.wang@wsj.com

Corrections & Amplifications
A Taiwanese pilot went missing after his jet fighter plunged into the sea Tuesday. An earlier version of this article incorrectly said in one reference that the crash occurred on Thursday. (Corrected on Jan. 11)