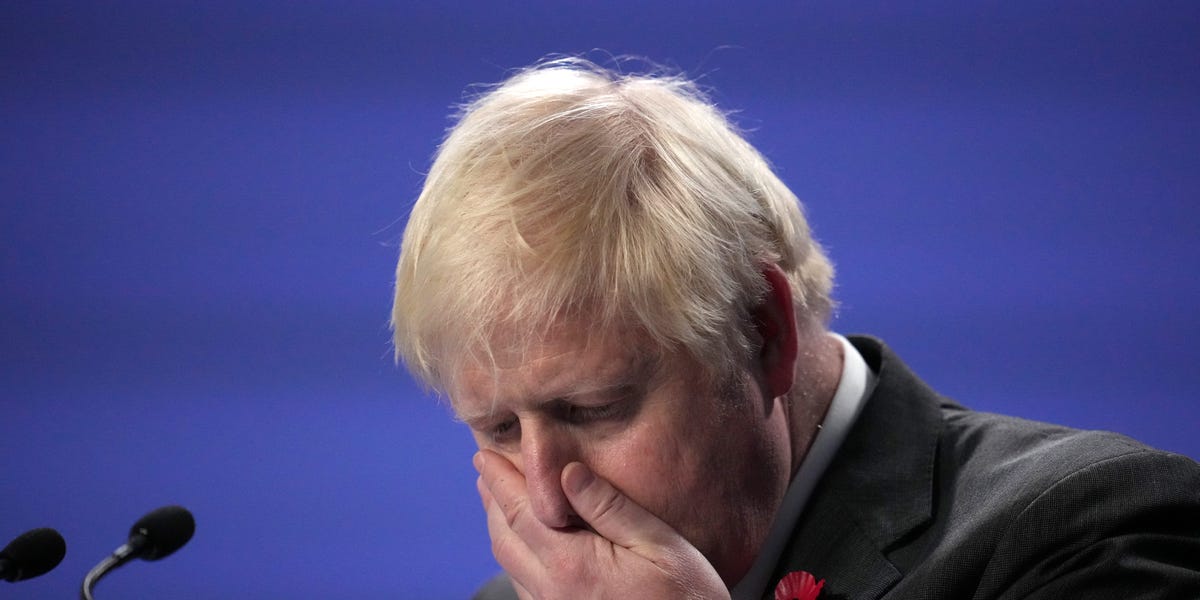 Boris Johnson’s handling of evidence of a further lockdown-breaking party in Downing Street is a “a total mess” and “beyond a shitshow”, Conservative MPs told Insider on Tuesday.

The prime minister was under pressure to explain his involvement in a garden party organised last year by a close aide. The invitation was sent to more than 100 people, at a time when such gatherings were illegal.

Martin Reynolds, Johnson’s Principal Private Secretary, emailed staff in May 2020 about “some socially distanced drinks in the No10 garden this evening,” urging them to “bring your own booze”.

The email was published Monday night by ITV News. Around 40 people attended the gathering, including Johnson and his wife Carrie, ITV said.

Furious Conservative MPs, granted anonymity to speak frankly, told Insider of their dismay at the news.

It followed a series of earlier allegations of illicit parties and wider political corruption, which prompted the Conservatives to lose their polling lead to Keir Starmer’s Labour party.

One said: “It’s indefensible. I don’t get why he is hiding behind the Gray inquiry to say whether he was there or not, other than hoping it drags on and people stop caring.”

The MP was referring to the investigation by senior civil servant Sue Gray into the parties.

“It’s beyond a shitshow though … our table in Strangers [Parliament’s bar] last night were pretty much banging our heads against the wall.”

A former minister called the situation “very, very bad”, adding: “Sue Gray needs to show the backbone we all know she has — her whole reputation is screwed if she fudges it.”

Asked if Johnson’s future will depend on her report, the senior MP replied: “Yes — it’s a hell of a thing to take a PM down. She has the balls.”

Another MP, who has a job in Johnson’s government, said: “It’s a total mess and if ends up being true could make things very, very difficult for the prime minister.

“There’s a growing amount of disillusionment with the PM, and particularly those around him.”

Reynolds, the Johnson aide, is himself under pressure. Some sources told Insider that his resignation is the only thing that can save the prime minister. Another warned that if he goes “there is no one in the firing line to protect the PM”.

Dan Rosenfield, Johnson’s chief of staff, is also at risk amid deteriorating relations between Downing Street and the wider Conservative Party.

One source suggested that the situation was not yet fatal for Johnson, and that he may still win a leadership contest if challenged.

“If there was a vote tomorrow I think he would survive — between payroll [MPs with government roles] and those who still feel a sense of loyalty. Not saying it wouldn’t be close, but I think he’d survive with colleagues thinking he can turn it around.”

“It still feels like we are waiting for the killer blow,” said another.

Another ex-minister told Insider: “I am torn between thinking it’s pretty much entirely priced in and the tipping point in the catastrophe.”

“I very much doubt the PM definitely broke the law by being in his own garden — the smoking gun would have to say ‘the PM invites you’… but this is all an entirely awful technical defence that smells repugnant.”

On Tuesday morning Edward Argar, a health minister put forward by the government for interviews, said it would be “a leap” to suggest that Johnson had any involvement with the party, and stressed the need for Gray’s inquiry to take place without being “pre-judged”.

Labour secured an urgent question about the allegations in Parliament later on Tuesday.