“Our dear friend Kelly Canon lost her battle with pneumonia today. Kelly will be forever in our hearts as a loyal and beloved friend and Patriot,” the post read. “Gone way too soon. We will keep her family in our prayers.”

Canon was recently hospitalized for COVID-19-related pneumonia, one of the most serious complications of the virus.

A month ago, Canon attended a symposium in Burleson dedicated to fighting vaccine mandates, according to her Facebook posts. Attendees included Dallas physician and vaccine skeptic Dr. Peter McCullough, who previously said on a Fox News show that there’s “no clinical reason to go get vaccinated.”

Canon said on Facebook in November that her employer granted her religious exemption request, so she would not be required to get a vaccine.

Canon was well-known for her successful grassroots campaign in 2015 to ban red light cameras in Arlington. They were later banned statewide.

A year later, Canon ran for Arlington City Council and lost. But she had already established a reputation as a Republican force in North Texas.

Texas state Rep. Tony Tinderholt, of Arlington, said Canon was an original member of his team, which would meet in the upstairs of his home in 2014.

“She was smart, kind, loyal, dedicated and a hard worker,” he wrote on Facebook. “I truly feel if it was not for her help, I would not be in the position I am in now … for that I am forever grateful.”

A former vice president of the Arlington Tea Party, Canon left the organization in 2016 because of its support for a tax increase to build a new stadium for the Texas Rangers. Canon, along with a few others, created the Southeast Tarrant Tea Party, and Arlington voters passed the tax increase that year.

In 2017, Canon released a series of sexually explicit Facebook messages sent to her by then-Republican Congressman Joe Barton, who was married at the time. Barton was eventually forced to resign.

Elected leaders and friends responded with shock Tuesday at news of Canon’s death.

Texas state Rep. Matt Krause, a Fort Worth Republican, called Canon “a passionate defender and advocate for the causes she believed in.”

Canon “worked every day to defend liberty,” one friend wrote on Facebook. “There is an empty place here on earth, but heaven gained another soul.” 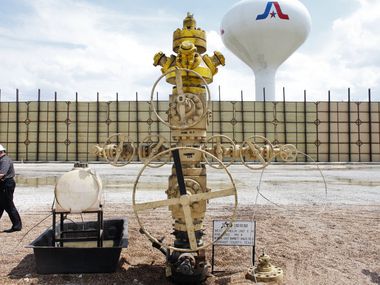