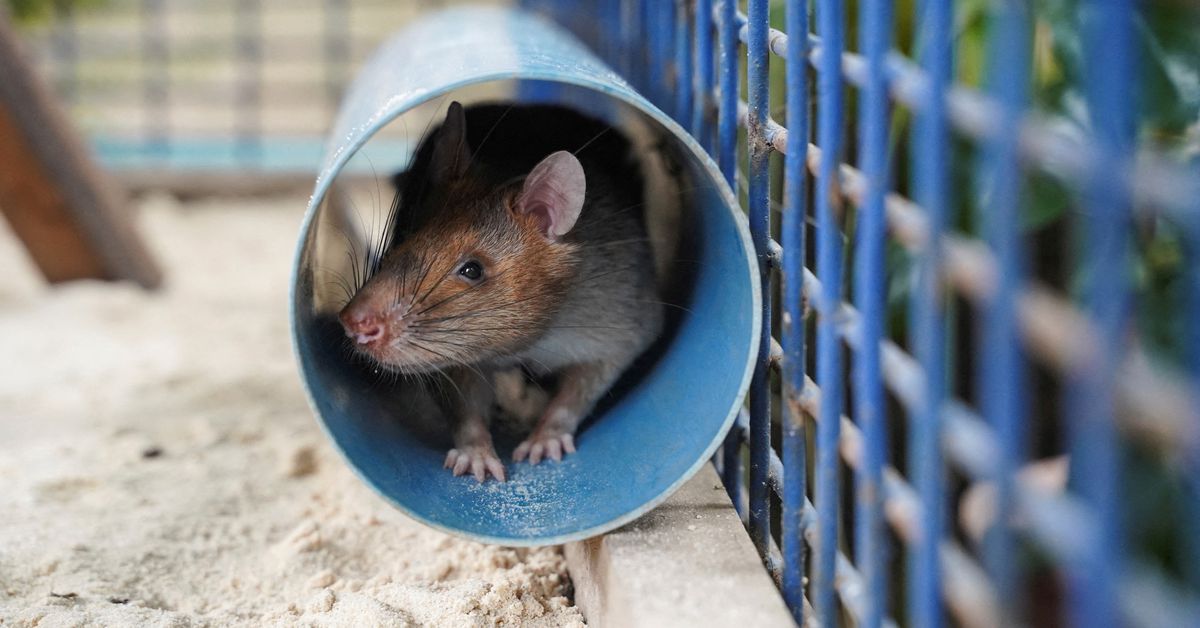 PHNOM PENH, Jan 12 (Reuters) – Cambodia’s landmine-sniffing rat Magawa, who found more than 100 landmines and explosives during a five-year career, has died at the age of 8, leaving a lasting legacy of saved lives in the Southeast Asian nation.

Magawa, who died over the weekend, was the most successful “HeroRAT” deployed by international charity APOPO, which uses African giant pouched rats to detect landmines and tuberculosis.

“Magawa was in good health and spent most of last week playing with his usual enthusiasm, but towards the weekend he started to slow down, napping more and showing less interest in food in his last days,” the non-profit organisation said in a statement.

Scarred by decades of civil war, Cambodia is one of the world’s most heavily landmined countries, with more than 1,000 sq km (386 sq miles) of land still contaminated.

It has among the highest number of amputees per capita, with more than 40,000 people having lost limbs to explosives.

Magawa, the recently retired landmine detection rat, sits in a tube in its cage at the APOPO Visitor Center in Siem Reap, Cambodia, June 10, 2021. REUTERS/Cindy Liu

The three from the Cambodia Self-Help Demining group were killed by blasts from anti-tank mines, which also wounded two others, said Heng Ratana, director-general of the Cambodian Mine Action Centre.

“Every discovery he made reduced the risk of injury or death for the people of Cambodia,” APOPO said.

The African giant pouched rat even received a gold medal in 2020 from Britain’s People’s Dispensary for Sick Animals for “lifesaving bravery and devotion to duty”.

Magawa, who retired in June 2021, was born in Tanzania and moved to Siem Reap in Cambodia in 2016 to begin clearing mines.

“A hero is laid to rest,” APOPO said.