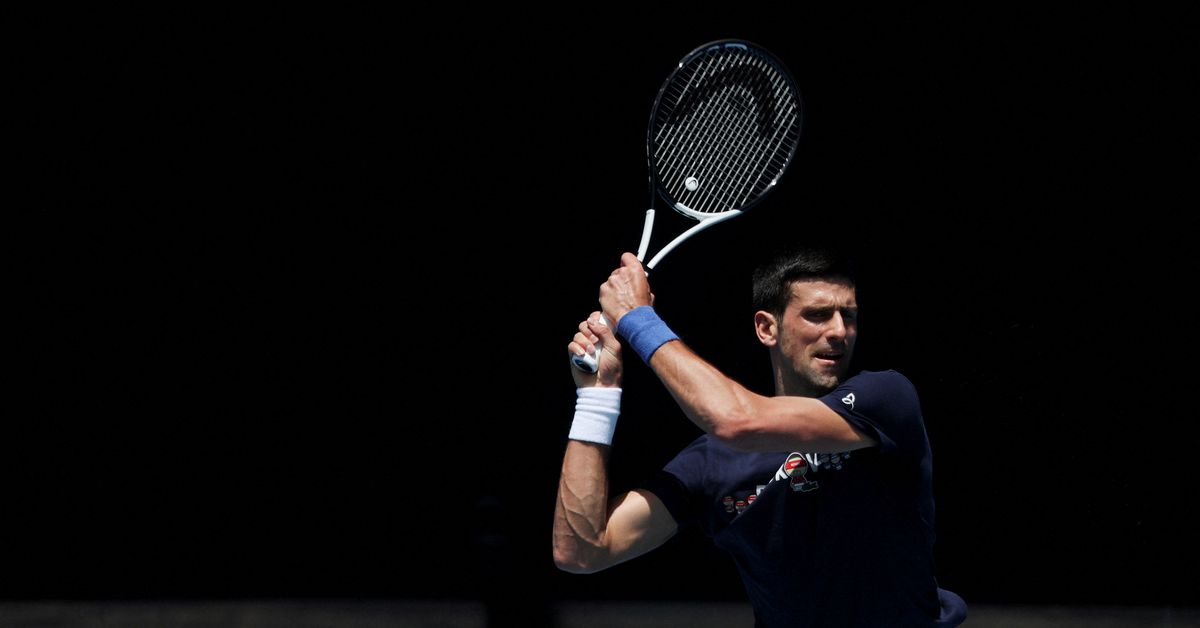 MELBOURNE, Jan 12 (Reuters) – Tennis star Novak Djokovic released a long statement on Wednesday, with details on why he was not in isolation after testing positive for COVID-19 in December and saying his agent made a mistake in filling out his Australian travel declaration.

The statement came as Australia’s Immigration Minister Alex Hawke was considering whether to cancel the world no.1 tennis player’s visa ahead of the Australian Open, which starts on Jan. 17, amid controversy over whether he was eligible for a medical exemption from the country’s COVID-19 vaccine requirements.

“I want to emphasise that I have tried very hard to ensure the safety of everyone and my compliance with testing obligations,” Djokovic said in a statement on his Instagram account.

Amid questions about his Australian Travel Declaration where he had to state whether he had travelled within 14 days of coming to Australia, he said his agent accidentally ticked the wrong box on the form.

“On the issue of my travel declaration, this was submitted by my support team on my behalf – as I told immigration officials on my arrival – and my agent sincerely apologies for the administrative mistake in ticking the incorrect box about my previous travel before coming to Australia,” Djokovic said.