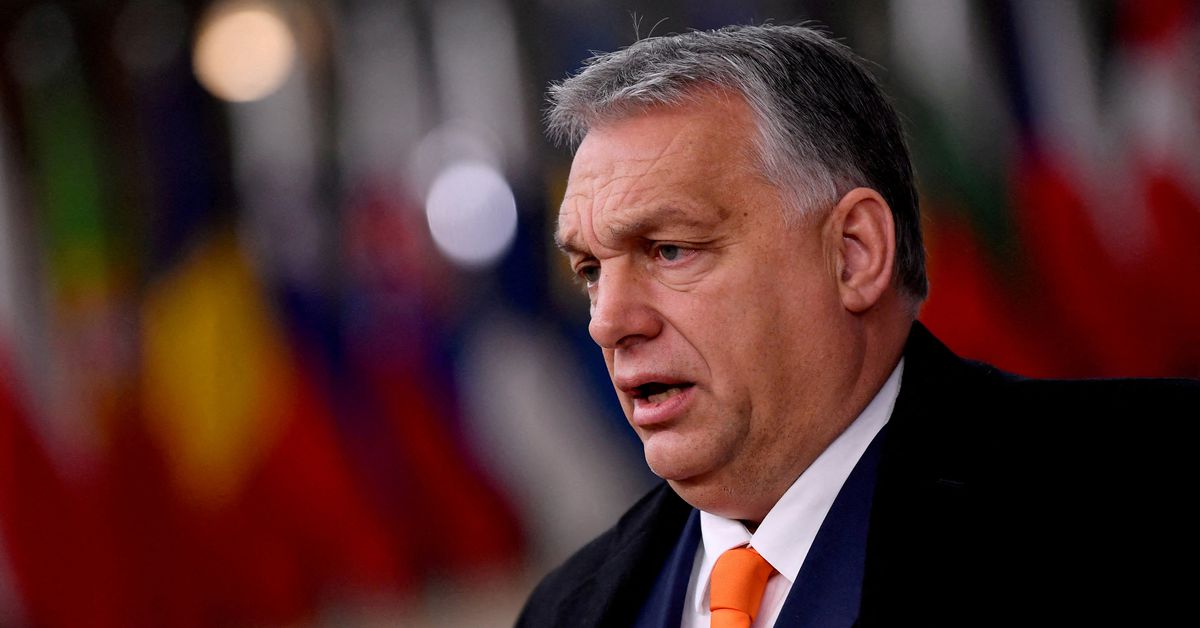 BUDAPEST, Jan 11 (Reuters) – Hungary will hold an election on April 3 where nationalist Prime Minister Viktor Orban, one of Europe’s longest-serving leaders and a foe of immigration, will face a close race against an opposition united against him for the first time.

The 58-year-old Orban, who rose to power in a 2010 election landslide, has transformed Hungary into a self-styled “illiberal democracy” with tightened controls on media and civil society groups that have put Budapest at loggerheads with European Union headquarters in Brussels.

Voters will decide whether policies that prioritise national sovereignty, tax cuts for families, traditional Christian values and opposition to immigration and LGBTQ rights should continue, or whether a reset is in order due to what the opposition says has been an erosion of democracy and the rule of law.

President Janos Ader set the parliamentary election for April 3 with a referendum on LGBTQ issues proposed by Orban’s Fidesz party to be held on the same day, the president’s office said on Tuesday.

Fidesz and the opposition alliance are now running neck-and-neck in opinion polls in the central European country.

The six-party opposition bloc encompasses the Democratic Coalition, the Socialists, liberals and the formerly far-right, now centre-right Jobbik. It is led by Peter Marki-Zay, a Catholic conservative and father of seven, who in 2018 was elected mayor of the town of Hodmezovasarhely, ending 18 years of Fidesz rule.

On his Facebook page on Tuesday, Marki-Zay launched a countdown to the election in which he said the opposition alliance would oust Orban’s “corrupt and greedy regime”.

“Oligarchs close to the government have amassed incredible wealth while Fidesz politicians are writing the laws according to their taste,” he said, while millions of ordinary Hungarians were living on “humiliating wages”.

With a border fence having relegated immigration to a secondary issue, the opposition has also tapped into Hungarians’ growing preoccupation with bread-and-butter issues rather than identity politics, including soaring pandemic-driven inflation.

Orban has said Fidesz’s strong mandate earned in previous elections empowered him to rewrite laws, including the constitution. In efforts to shore up Fidesz against the opposition, he has introduced a $2 billion income-tax rebate for families, tax breaks for young people, pension hikes and a 20% rise in the minimum wage this year, swelling the budget deficit.

“We will be there (on April 3),” Orban posted on Facebook.

Marki-Zay says he has the skills to forge a broad spectrum of voters whom he describes as desperate for change, but faces the challenge of holding together the disparate six parties comprising his alliance.

On Election Day the Hungarian people will be asked to vote on four government questions regarding LGBTQ issues, with Orban casting himself as the defender of traditional family values as a central plank of his campaign. read more

Orban and Fidesz have said the referendum aims to protect children from homosexual and transgender influences.

Human rights and LGBTQ advocacy groups issued a joint statement on Tuesday saying the referendum plan damages the dignity of LGBTQ people and would incite anti-LGBTQ hatred and discrimination. They urged Hungarians to invalidate the referendum by scrawling x’s across ballots.

Reporting by Krisztina Than and Anita Komuves; Editing by Mark Heinrich