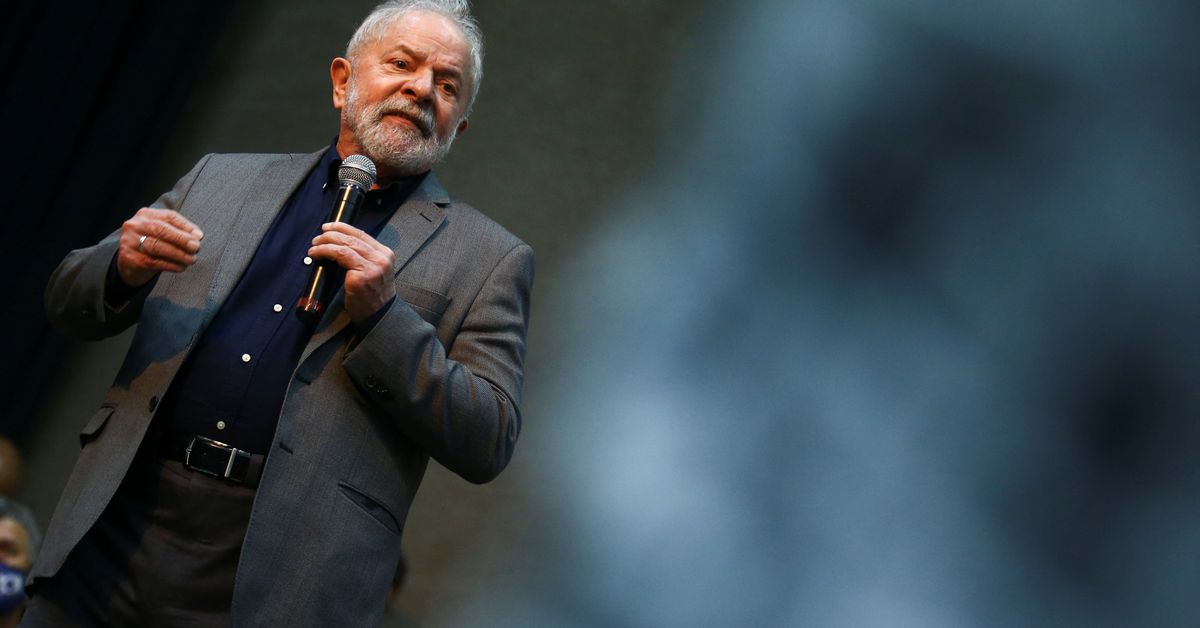 BRASILIA, Jan 12 (Reuters) – Former leftist President Luiz Inacio Lula da Silva retains a clear lead for this year’s presidential election in Brazil, where inflation and the resurgence of the COVID-19 pandemic most worry voters, a poll published on Wednesday showed.

Lula would get 45% of the votes against 23% for the country’s far-right President Jair Bolsonaro if the election were held today, according to the Banco Genial/Quaest Pesquisas survey.

Lula would win a run-off second round vote against Bolsonaro by 54% versus 30%, it said. The two men are expected to face off in a polarized election in October, though neither have formally declared they will run.

The Quaest poll showed support for both candidates slipping by 2 percentage points since the previous survey in December, and also for third placed anti-corruption former judge Sergio Moro, who dropped one point to 9% of voter intentions.

As COVID-19 cases rise in Brazil with the spread of variant Omicron, the poll showed that 72% of Brazilians surveyed favor the vaccination of children, which vaccine-skeptic Bolsonaro has opposed.

Bolsonaro’s negative rating numbers remain unchanged at 50% of voters who think his government is bad or terrible, mainly women (55% versus 45% men).

And 73% of those surveyed think Bolsonaro has done a bad job fighting inflation, which hit a six-year high of over 10% in 2021, government data showed on Tuesday. read more

Pollster Quest surveyed 2,000 voters between January 6-9 at their homes in 120 cities. The poll has a margin of error of plus or minus 2 percentage points.