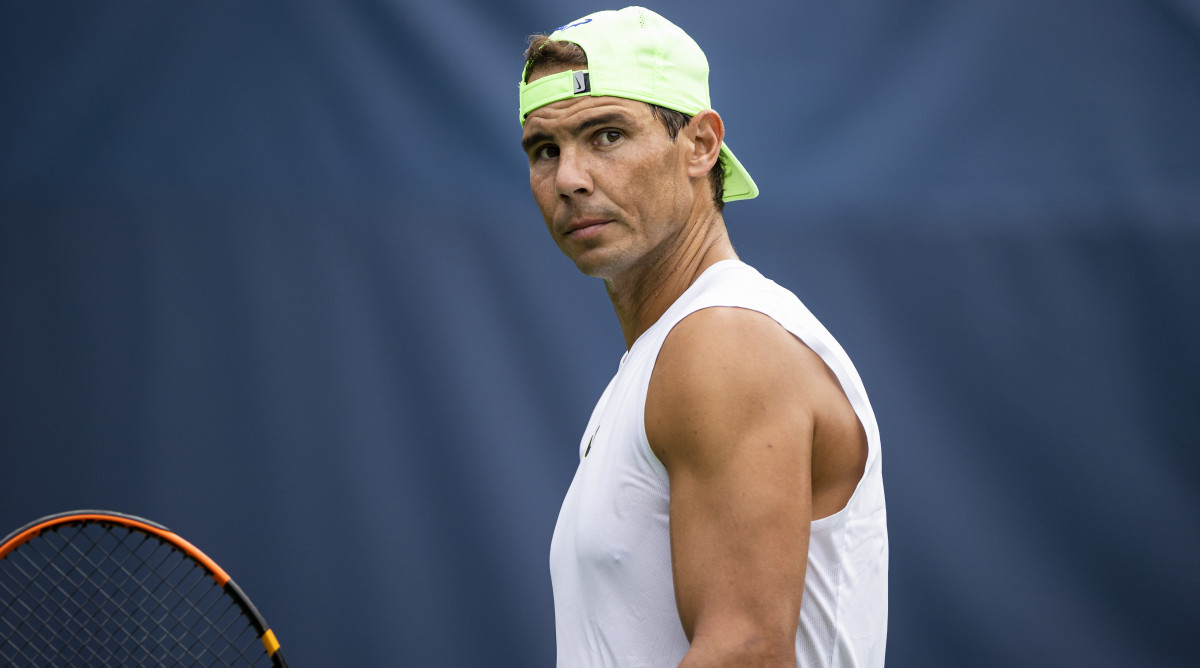 Happy New Year, everyone. (Yes, we are beyond that Larry David zone.) Some housekeeping:

• Check back in a few days for 2022 Australian Open seed reports.

• Tennis Channel’s 15th year of Australian Open coverage will take place January 16-30. The network will provide live daily news, analysis, reports and highlights, starting with the first edition of Tennis Channel Live at the Australian Open Sunday, Jan. 16, at 5 p.m. ET. Hosted by award-winning announcer Steve Weissman (@Steve_Weissman), Tennis Channel Live at the Australian Open will run each afternoon at 5 p.m. ET January 16-30. Weissman will be joined by Hall of Famers Martina Navratilova (@Martina) and Lindsay Davenport (@LDavenport76), as well as Sports Illustrated’s and CBS 60 Minutes’ Jon Wertheim (@jon_wertheim). The team will break down all of the action in Melbourne for two hours every day, with half-hour editions January 27-30.

Last week we had a 2022 tennis news quiz. Then, of course, Hurricane Novak blew in. The view here: it’s not simply that no one is covered in glory, as the Brits say. It’s that all parties have disgraced themselves. Djokovic will have his loyal fans, but looked at objectively, his behavior was grotesque. Craig Tiley and Tennis Australia can try to play dumb or tell the players “Look how hard we advocate for you.” But looked at objectively, their behavior and corner-cutting was—at a minimum—irresponsible. The Australian government looks about as organized as, well, the American government, with federal and state agencies in conflict, biosecurity divisions clashing with migration divisions— and more leaks than an Indiana above-ground pool.

I did a spot with Christiane Amanpour that encapsulates where I stand. But like many of you, I’ve wearied of this…well, what is it? It started as a drama, it devolved into farce, and as I type this Monday night, it’s clear we’re not done digging.

One of the great pities here: take this charade out of it, and it was a great week for tennis. Ash Barty and Rafa Nadal and Gael Monfils and Simona Halep and Amanda Anisimova all won titles. A real life serve-and-volleyer (Max Cressy) surfaced and cracked the top 75. Naomi Osaka returned with remarkably little ring rust. Canada won the ATP Cup. At least we think it did. You wouldn’t know for sure given the extent to which Djokovic hijacked the news.

The optimist would say that all publicity is good publicity and what great run-up this has been for the 2022 Australian Open. But I fear that the exit wounds from this debacle will run deep. Will Djokovic play? If so, even if he wins, will people recall this for his 21st major or for his blazingly selfish/reckless behavior in a pandemic that has caused so much hurt and loss to so many? Does Craig Tiley keep his job after this? If he doesn’t, two of the four majors will be without a chief executive, and the third has a rookie.

Does tennis continue on as a JV sport, ungoverned and ungovernable? Contrast how unprincipled this all is, compared to the WTA’s stance on Peng Shuai—checks notes—barely two months ago. Trying to do our part here, we’re going to try a Djokovic-free Mailbag. He’s taken up enough oxygen, easily 9 in 10 questions this week were about his rigamarole. Let’s zig where everyone is zagging and talk about the vaccinated cohort and players that actually won matches this week.

Happy new tennis season! Is it too much to ask for an Osaka-Barty AO final? Would probably be the most compelling matchup I can imagine…
—William Tannenbaum

• From your keyboard to Craig Tiley’s drawsheet….Here are, arguably, the two best players in the women’s game over the last three years. They haven’t played since 2019 in Beijing (Remember 2019? Remember Beijing?) and have met only once in a Slam.

Jon, I can’t believe you left Reilly Opelka off of your list of players who could finish the year as the top American! What am I missing?
—Petros G., LA

· Yeah, that was my oversight. We had a lot of choices on that list, reflecting the quantity and American depth. Opelka is up to No. 24, and that’s without a huge Slam run. (Aside: he had a terrific season last year, almost halved his ranking… and went 21-23, all another indication of tennis’s small margins.) We’re past the point of noting that he’s “more than a serve,” and he’s learning to be kinder to himself on the court. I still think Taylor Fritz is the top American by the end of the season. Look at his play over the last half-dozen or so events that he’s entered, including wins over both Felix Auger Aliassime and Cam Norrie just last week. But I’m all in on Opelka.

So does the focus shift now to Nadal going for No. 21?
—James B., Portland

· I wouldn’t go quite “that far” for Nadal. He has won Australia only once, and that was more than a decade ago, when he beat Federer in that tearful final in 2009. He of course reached the final in 2017 but couldn’t close. Between his track record in Melbourne, his injuries (last week marked his first action since Washington in mid-summer), and the court speed, I would put Nadal below Zverev and Medvedev. Still, you do raise a good point: Nadal won a tune-up, and if he were to win seven matches at the same venue, he would take the lead in the GOAT derby.

Love your articles! Like last year, I would add the alternative that Roger Federer retires from his hometown tournament in Basel in the fall. You agreed with me last year and I still see that as a strong possibility. You must feel fortunate to write and speak about tennis in such a historic and dramatic time for the game. Keep up the great work!
—Shonn Moore

· Thanks. Shonn sent that question prior to the circus, we should note. But yes, overall we should feel fortunate to write and speak about tennis––and observe tennis with you guys in this extraordinary time. It’s certainly within the realm of possibility that Federer retires in his hometown; it makes all the sense in the world. He was a ballboy at the tournament, and now he gets to close out his career there. But I think he’s so invested in the health and wellbeing of the Laver Cup that he will choose to give it the extra pop.

I totally agree about mid-match coaching—since it happens all the time, why not make it legal. I agree about long bathroom breaks being limited. They were really abused and obvious. Thanks for your opinions on players and predictions. One tennis question: Returning players often don’t get very far in their early matches (see Murray, eg). Thanks so much for your excellent work.
—Linda Stryker, Phoenix

• I have top concede I’m moving off my position on coaching. I thought it was really shabby—and a tacit admission of guilt—the way the USTA has tried to sneak this in, as if it’s pork in a grain bill. (“Hey, we’re slicing a minute off the warm-ups, we’re adding a shot clock, we’re adding a taco truck, a mascot named Artie and….by the way on-court coaching is now permitted.) If the players feel strongly—or have no qualms—that doesn’t end the argument but it carries significant weight. As for comebacks, in my experience they are cruel. Returning stars can look like world-beaters the first match; and lose to inferior competition the next. Old saying about aging athletes: “The first thing to go is the consistency.” Andy Murray can beat Zverev one day. And lose to Facundo Bagnis the next.

There’s a tennis athlete that is truly being held hostage with her freedom limited, and it’s Peng Shuai. No one should forget what a genuine victim Peng is right now.
—Rohit Sudarshan

• Thanks, I am as guilty as anyone here, but would caution against drawing too many parallels here, tempting as it may be. But, yes, if we need more reasons to be so disdainful of the Djokovic farce, it has redirected attention and outrage/sympathy that should reside with Peng Shuai.

Kudos. In a recent article about Novak Djokovic, you accurately used the phrase “home in” “For all intensive purposes,” that’s the first time in a long time that I’ve seen the correct phrase utilized.
—Bill C, Verona, N.J.

• Irregardless, who doesn’t get aggravated when they hear “hone in on” ? (Thanks.)

Remember when Davis Cup was something we followed and watched and cared about? And sports media covered? Sigh.
—Helen of DC

• But wait! It’s likely moving to an autocratic country without much tennis history—or track record for human rights—but lots of money to throw around. What could go wrong?