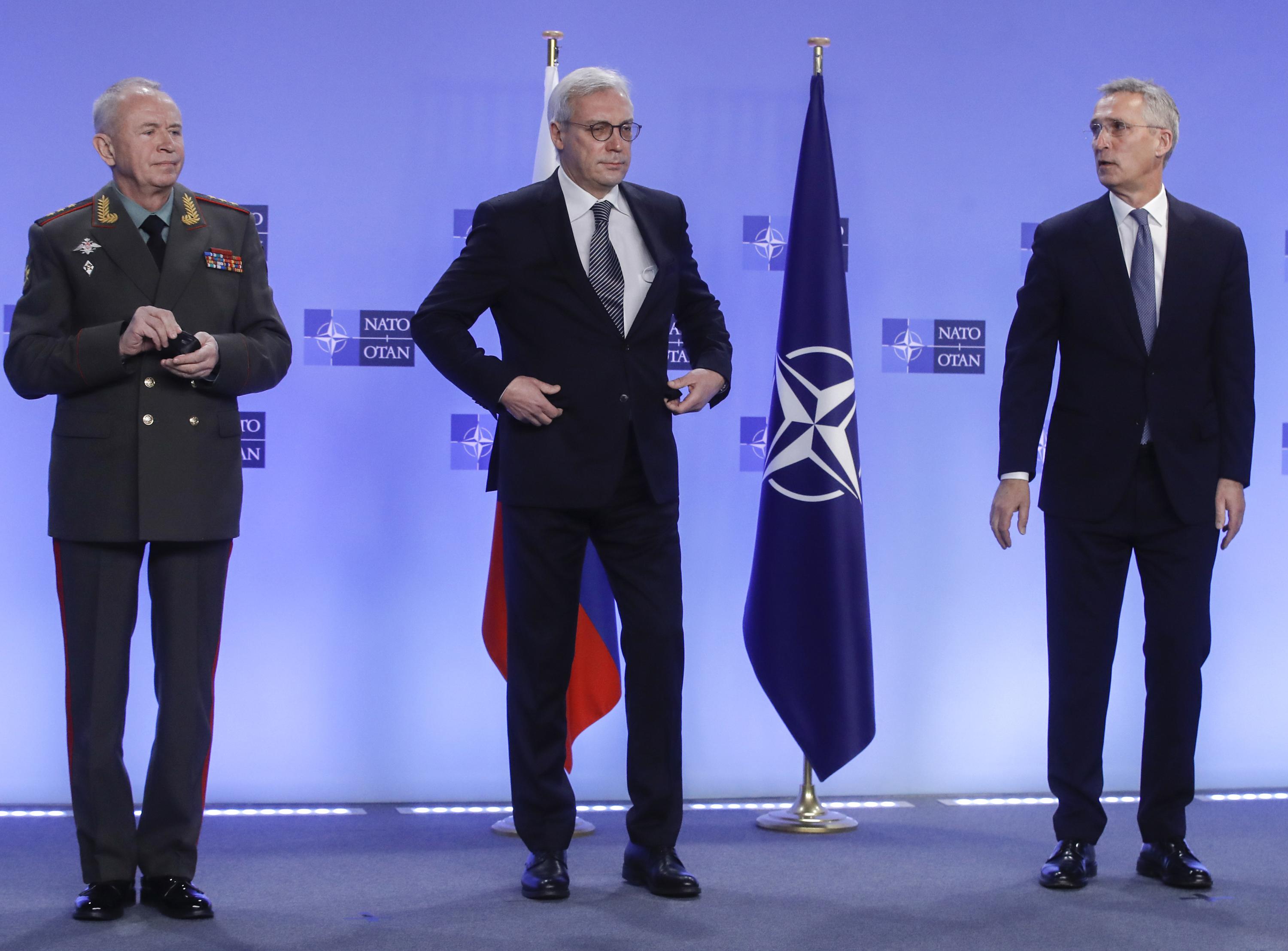 BRUSSELS (AP) — NATO Secretary-General Jens Stoltenberg said Wednesday that the military organization and Russia have agreed to try to set up more meetings to ease tensions between them amid deep concern in the West about whether Moscow might order an invasion of Ukraine.

Speaking after chairing a meeting of the NATO-Russia Council, Stoltenberg said both parties had “expressed the need to resume dialogue and to explore a schedule of future meetings.”

He said that the 30 NATO countries want to discuss ways to prevent dangerous military incidents, reduce space and cyber threats, as well as arms control and disarmament, including setting agreed limits on missile deployments.

But Stoltenberg said that any talks about Ukraine wouldn’t be easy.

“There are significant differences between NATO allies and Russia on this issue,” he told reporters, after what he said was “a very serious and direct exchange” with Russian Deputy Foreign Minister Alexander Grushko and Deputy Defense Minister Alexander Fomin.

Stoltenberg underlined that Ukraine has the right to decide its future security arrangements on its own, and that NATO would continue to leave its door open to new members, rejecting a key demand by Russian President Vladimir Putin that the military organization halt its expansion.

“No one else has anything to say, and of course Russia does not have a veto,” he said.

The NATO-Russia Council was the first meeting of its kind in over two years. The forum was set up two decades ago but full meetings paused when Russia annexed Ukraine’s Crimean Peninsula in 2014. It has met only sporadically since, the last time in July 2019.

U.S. Deputy Secretary of State Wendy Sherman also underlined that any European country should have the right to join NATO if it wants to.

“I reaffirmed the fundamental principles of the international system and of European security: Every country has the sovereign right to choose its own path,” Sherman tweeted as the meeting, which ran for over three hours, drew to a close.

The talks come during a week of high-stakes diplomacy and a U.S.-led effort to prevent preparations for what Washington believes could be a Russian invasion of Ukraine. Moscow denies it is planning an attack. Still, its history of military action in Ukraine and Georgia worries NATO.

Putin says Russia’s demands are simple, but key parts of the proposals contained in the documents that Moscow has made public — a draft agreement with NATO countries and the offer of a treaty between Russia and the United States — won’t pass muster at the 30-country military organization.

NATO would have to agree to halt all membership plans, not just with Ukraine, and scale down its presence in countries like Estonia close to Russia’s borders. In exchange, Russia would pledge to limit its war games, as well as end aircraft buzzing incidents and other low-level hostilities.

Endorsing such an agreement would require NATO to reject a key part of its founding treaty. Under Article 10 of the 1949 Washington Treaty, the organization can invite in any willing European country that can contribute to security in the North Atlantic area and fulfill the obligations of membership.

“The situation regarding European security and our national interests has reached a critical line,” Peskov said in a conference call with reporters, and he branded the organization “an instrument of confrontation.”

“The alliance has been conceived as such, and it’s how it has been organized and is developing now. It’s quite obvious, so the expansion of this mechanism poses a threat to us,” he said.

He declined to say what measures Russia might take if talks fail, saying that Moscow “wouldn’t like to issue threats and ultimatums and warn that others will pay a high price, as U.S. officials do,” Peskov said.

Vladimir Isachenkov in Moscow, Ellen Knickmeyer in Washington, and Jari Tanner in Tallinn, Estonia, contributed to this report.