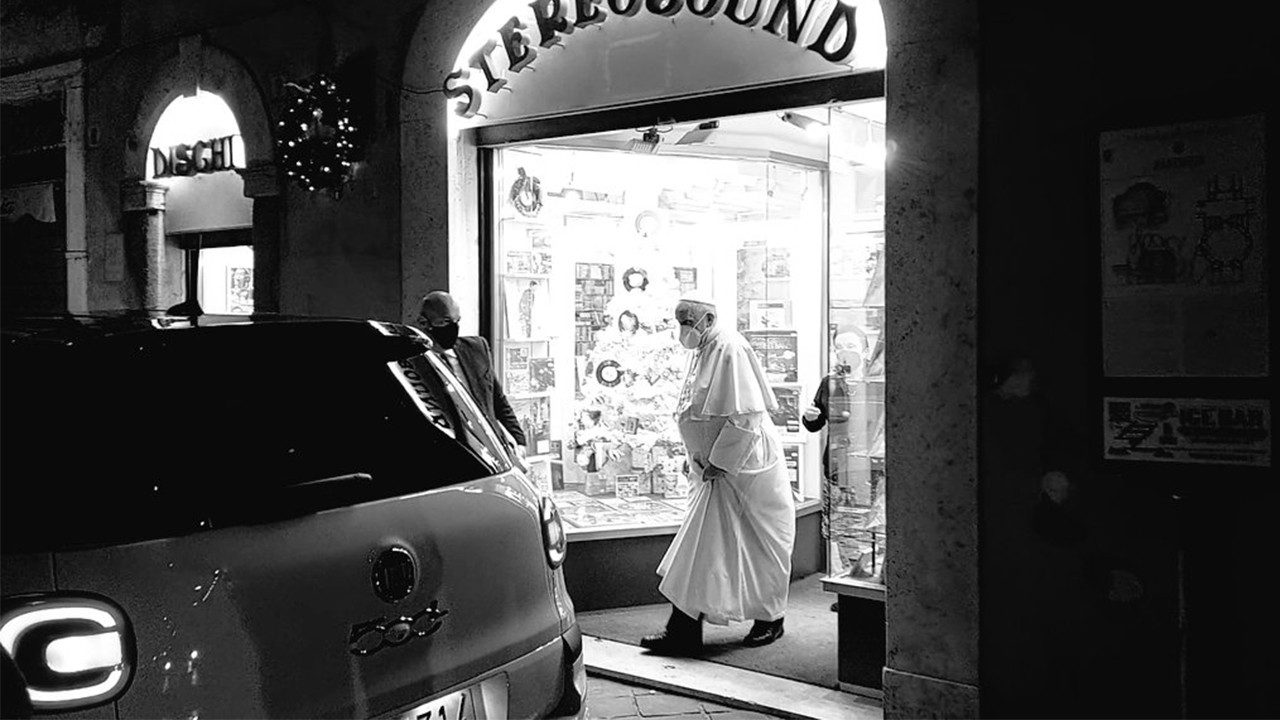 It was a huge surprise to those in the neighbourhood when on the afternoon of 4 September 2015, Pope Francis entered an optician’s in the historic centre of Rome, to change the frames of his glasses.

Then, again on 21 December 2016, when he visited the Fisioitop orthopaedic shop in the Gregorio VII area, to buy new shoes.

On Tuesday afternoon, a similar scene took place with the sudden arrival of Pope Francis in the premises of “Stereosound”, an old record shop in Via della Minerva, near the Pantheon.

Pope Francis knows the owners of the shop from his time as an Archbishop, when he stayed in the Casa del Clero in the nearby Via della Scrofa during his visits to Rome.

Blessing of the recently renovated premises

Arriving at around 7 pm in a white Fiat 500L, Pope Francis soon attracted the attention of passers-by.

According to Matteo Bruni, Director of the Holy See Press Office, Pope Francis blessed the premises, which have been recently renovated. He also took time to look around inside the shop for around ten minutes.

In the meantime, according to those present, a small crowd had gathered, ready to film the Pope’s exit with their smartphones.

They were mainly youngsters joking about what kind of music the Pope might be interested in and peering through the windows, from where Pope Francis could be seen blessing Letizia, the elderly owner, her son-in-law and her daughter.

The shop-owner’s daughter presented the Pope with a gift, wrapped in blue paper: a 33 rpm record of classical music.