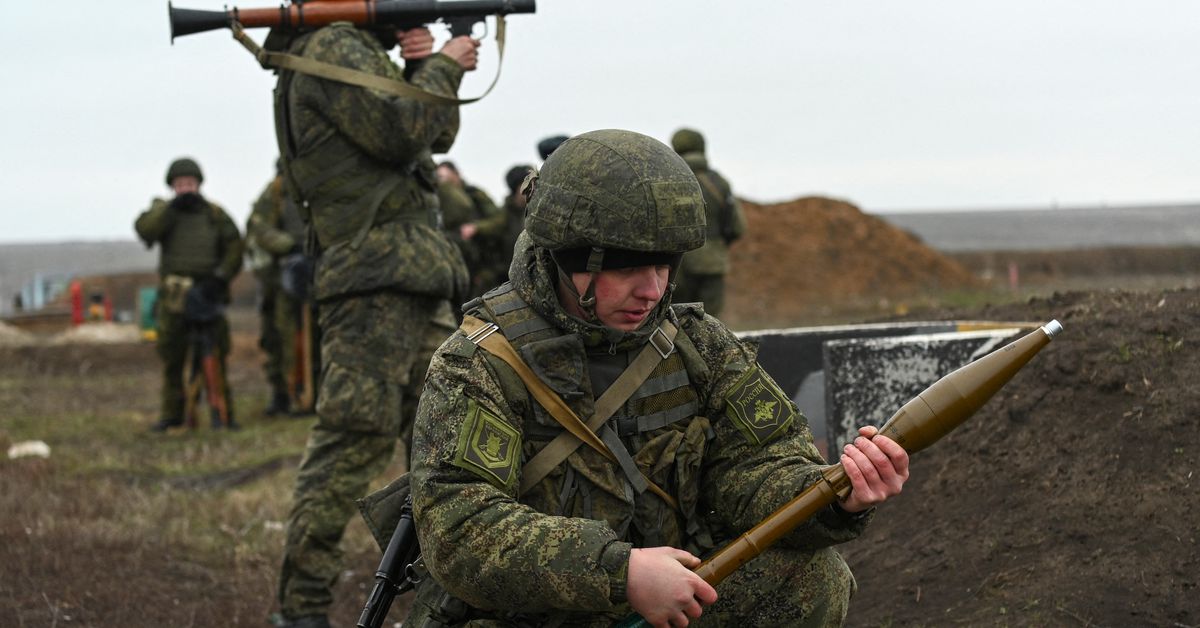 The proposed legislation, backed by the White House, includes provisions to help bolster Ukraine’s security and encourages the United States to “consider all available and appropriate measures” to ensure the Russia-to-Germany Nord Stream 2 gas pipeline – a “tool of malign influence of the Russian Federation” – does not become operational.

“This legislation makes it absolutely clear that the U.S. Senate will not stand idly by as the Kremlin threatens a re-invasion of Ukraine,” Senator Robert Menendez, the Democratic chairman of the Senate Foreign Relations Committee who unveiled the bill, said in a statement.

Russia has amassed about 100,000 troops on Ukraine’s border and Washington is trying to dissuade Moscow from re-invading the country.

The bill, first reported by the Washington Post, would also target companies in Russia that offer secure messaging systems, such as SWIFT, which banks use to exchange key information with other financial institutions.

The bill would “trigger severe costs to Russia’s economy” if Russia goes ahead with an invasion, a spokesperson for the White House’s National Security Council said.

Other legislation, such as a billsponsored by Republican Senator Ted Cruz, will “not counter further Russian aggression or protect Ukraine,” the NSC spokesperson said.

Cruz struck a deal with Schumer last month, in which the Texas senator released his hold on dozens of President Joe Biden’s ambassadorial nominees. Cruz’s bill will be put to a vote this week, but it requires 60 votes to pass, a high hurdle in the evenly divided Senate.

The Menendez-backed bill provides an alternative for Democrats who support sanctions on the $11 billion Nord Stream 2 pipeline, which is completed but waiting approvals from Germany, and makes it harder for Cruz’s bill to pass.

Many Democrats have supported sanctions on the pipeline as it would bypass Ukraine, depriving the country of transit fees and potentially undermining its struggle against Russia.

Cruz’s bill would slap sanctions on the pipeline within 15 days of passage, regardless of whether Russia reinvades Ukraine, and would allow Congress to vote to reinstate sanctions should the president waive them. Cruz has said sanctions are needed immediately to stop the project.

Ukraine’s President Volodymyr Zelenskiy believes sanctions should be imposed immediately on the pipeline even if Russia does not invade, as its operation poses a “material security and economic threat to Europe,” a person close to him said. “Kyiv is vehemently opposed to any policy that allows Russia to use invasion threats to get what it wants in other areas,” said the person, who spoke on condition of anonymity.

Biden has described the pipeline as a bad deal for Europe and said it would increase Russia’s influence there. But his administration last year waived sanctions on Nord Stream 2 AG, the company controlling the project, as the White House sought to repair relations with Germany.

A senior Biden administration official said on Wednesday that the threat of stopping the project is leverage that Germany holds over Russia.

“If sanctions are imposed right now, and Russia views these sanctions as a sunk cost, then this would be one less consideration in its calculus,” the official said. “The deterrent potential of sanctions or shutting down the pipeline would be lost.”

Washington is looking at a range of contingency options to help Ukraine should Russia cut off energy supplies, another senior Biden administration official said. read more

The pipeline, backed by Russia’s state gas company Gazprom , would provide fuel to Germany, Europe’s largest economy, which is shutting coal and nuclear plants, and other European countries.

Several Democratic senators said late on Monday, after meeting with Biden administration officials, that they believe the sanctions on Nord Stream 2 proposed by Cruz could harm relations with Germany, an important U.S. ally, especially on policy toward Russia, Iran and climate change. read more

Reporting Timothy Gardner and Steve Holland in Washington and Shivam Patel in Bengaluru; Editing by Chizu Nomiyama and Paul Simao